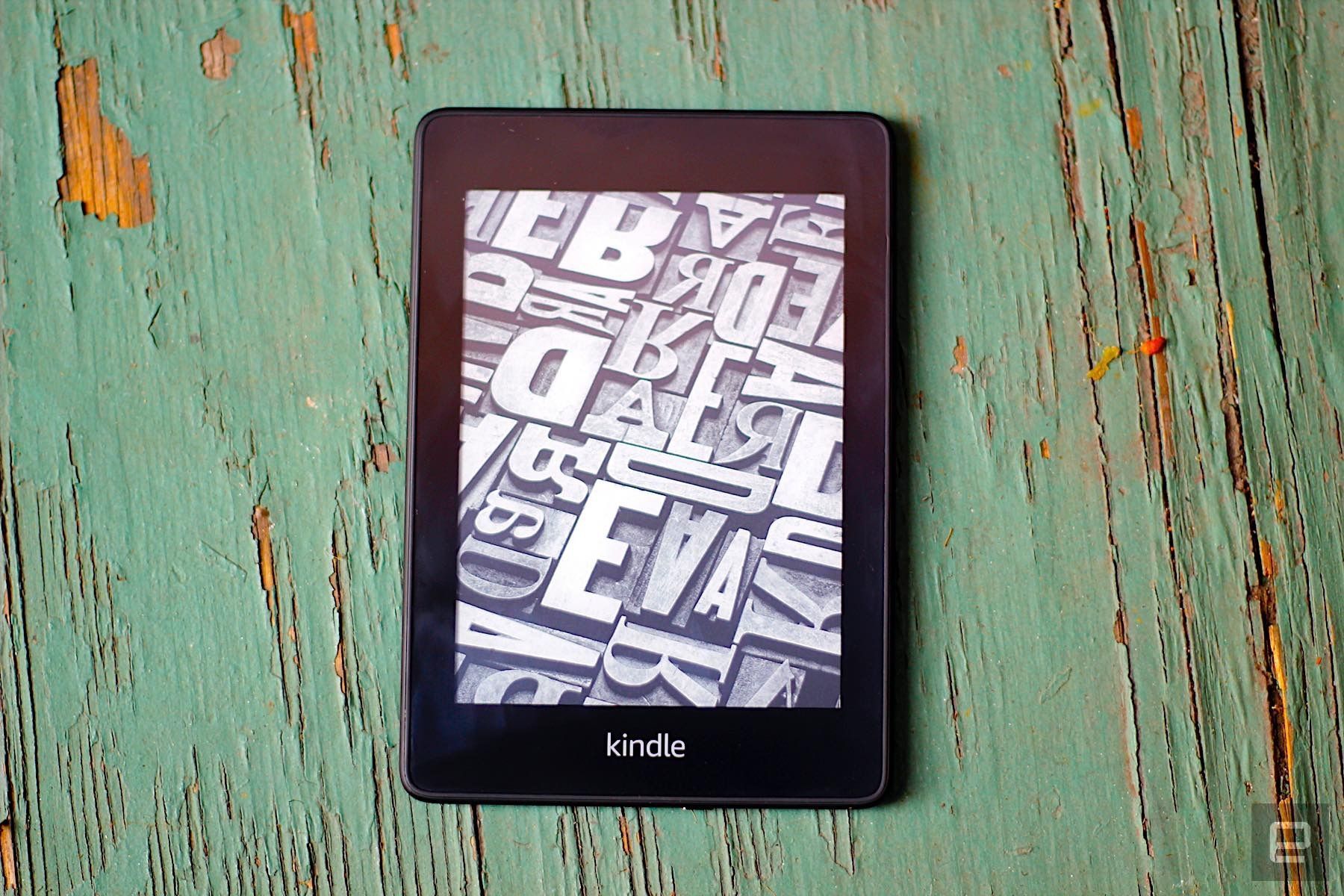 It’s always advisable to wait until the holiday shopping season to buy Amazon devices. Aside from Amazon Prime Day, this is when Echo speakers, Fire tablets, Kindles and the like are almost guaranteed to hit all-time-low prices. Sure, the company has intermittent sales throughout the year — but rarely are Amazon’s own devices as cheap as they are on Black Friday and Cyber Monday. Since the holiday shopping season was a bit longer this year than previous years, some of the gadgets on sale for Cyber Monday will ship a few weeks from now. But you can still lock in the sale price and get the gear you want without paying full price. Here are all of the Amazon devices on sale for Cyber Monday that are worth considering.

The Kindle Paperwhite is one of our favorite e-readers and now it’s cheaper than ever at $85. It normally costs $129 and this is the same price it was during Amazon Prime Day in October. We gave it a score of 95 for its lovely, high-contrast display, waterproof design and new Audible support. The higher-end Kindle Oasis is also on sale for its lowest price ever — $175.

The all-new Fire TV Stick is discounted to $28, which is 30 percent off its normal price. This streaming stick only came out a few months ago and it features a faster processor, Dolby Atmos audio support and an Alexa voice remote. Both Fire TV Sticks on the other sides of the spectrum are on sale, too. The even more affordable Fire TV Stick Lite is now $18 and the Fire TV Stick 4K is on sale for $30.

The new Echo Dot is down to $29, which is 42 percent off its normal price. It looks quite different from the previous generation (which is also on sale for $19) thanks to its new spherical design. That’s one of the reasons we gave the Echo Dot a score of 89, and we also liked its improved sound quality, 3.5mm audio jack and tap-to-snooze feature. If you want the convenience of a glanceable clock, the Echo Dot with clock is also on sale for $39.

Amazon’s classic e-reader is back to an all-time low of $60. The standard Kindle doesn’t have a few of the advanced hardware features that the Kindle Paperwhite has, but it’s still a great little reading device with an e-paper screen that’s much easier on the eyes than a regular tablet display. We gave it a score of 91 for its new front light, improved contrast display and refined design.

The Echo Studio is Amazon’s best sounding smart speaker and now it’s $40 off its normal price, bringing it down to $160. If you’re set on having an Alexa smart speaker in your home and want higher quality sound, the Studio could be a good pick for you. We gave it a score of 88 for its hi-res audio, unobtrusive design and abilities as a home theater speaker.

The most powerful Fire tablet available, the Fire HD 10 is on sale for $80. Even at its normal price of $150, it’s a great value if you’re in need of a basic, no-frills tablet. We gave it a score of 88 for its sharp display, solid performance and hands-free Alexa abilities. The kids version of the Fire HD 10 is on sale for $130, or $70 off its normal price. You’re getting the regular tablet in this bundle in addition to a child-proof case, a two-year warranty and one free year of Amazon Kids+.

Amazon’s Fire TV Cube set-top box is down to $80, which is $40 off its normal price. This is the most powerful of the company’s Fire TV devices, and in addition to powering the smarts of your TV, you can also use its Alexa chops to control compatible soundbars, sound systems and other home entertainment gadgets. We gave the Fire TV Cube a score of 84 for its Dolby Vision and HDR+ support and speedy performance.

The Fire TV Recast is down to a record low of $130. This device is truly for cord cutters as it lets you watch and record hours of over-the-air TV if you also have a Fire TV or an Echo Show. What’s better? There are no monthly fees to worry about, either.

Amazon’s latest Echo has dropped to $70, which is $30 off its normal price and the lowest it has been since it debuted a couple months ago. It has the new spherical design that the new Echo Dots have, and now it has a built-in Zigbee smart home hub as well. We gave it a score of 89 for its improved audio quality, included 3.5mm audio jack and better stereo performance.

The Echo Show 5 has dropped to $45 again, which is 50 percent off its normal price. It’s one of the most versatile Alexa smart displays thanks to its compact size that features a 5-inch touchscreen. We gave it a score of 85 for its sunrise alarm feature (which helps it work as a smart alarm clock), great sound quality and physical camera shutter. You’re also able to bundle it with a Blink Mini camera for only $5 extra.

The Echo Show 8 is on sale for $65, which is half off its normal price. One of Amazon’s mid-sized smart displays, the Echo Show 8 houses Alexa and uses its display to show recipe videos, weather forecasts, video feeds from security cameras and more. It also has a webcam that you can use to video chat with friends and family that also have Echo Show devices. You can also bundle it with a Blink Mini camera for an extra $5.

The Fire HD 8 tablet is down to $55, which is $35 off its normal price. Like the Fire HD 10, it’s a good media consumption device or an all-purpose couch tablet. We gave the HD 8 a score of 81 for its decent performance, long battery life and new USB-C charging. The Fire HD 8 Kids edition, which includes a case, a 2-year warranty and one year of Amazon Kids+, is also on sale for $80.

Amazon knocked the price of the Echo Flex down to $10, which is 60 percent off its normal price. It’s the device to get if you don’t have a lot of space to spare but want to call upon Alexa more easily. Not only can it play music despite being so small, but it also has a built-in USB port so you can change other devices, too.

The Echo Auto is now 60 percent off, bringing the price down to $20. This little adapter essentially lets you use Alexa in your car provided you have LTE connectivity via your smartphone. With it, you can ask Alexa to turn on the smart lights in your home before you arrive or play music through your car’s speakers.

Amazon’s new Eero 6 Pro mesh Wifi system has fallen to $183, which is 20 percent off its normal price. This updated system debuted along with the new Echos and features WiFi 6 support, coverage for up to 2,000 square feet and a built-in Zigbee home hub. You can also grab the standard Eero 6 for only $103.

One of the newest editions to the Blink family, the Blink Mini camera, is discounted to $25. It’s a super compact indoor home security camera that records 1080p video and also has motion detection and two-way audio. Just remember that the Blink Mini is a standard plug-in camera, unlike other Blink devices that run on batteries.

You can grab a Blink Outdoor Kit starting at $65 right now, which is $35 off its normal starting price. You’ll get one camera with that kit, but you can get up to five home security cameras in one kit if you wish. These Blink devices are wireless and battery-operated, and they’re designed to withstand rain, snow and other elements so you can keep an eye on the area surrounding your home.