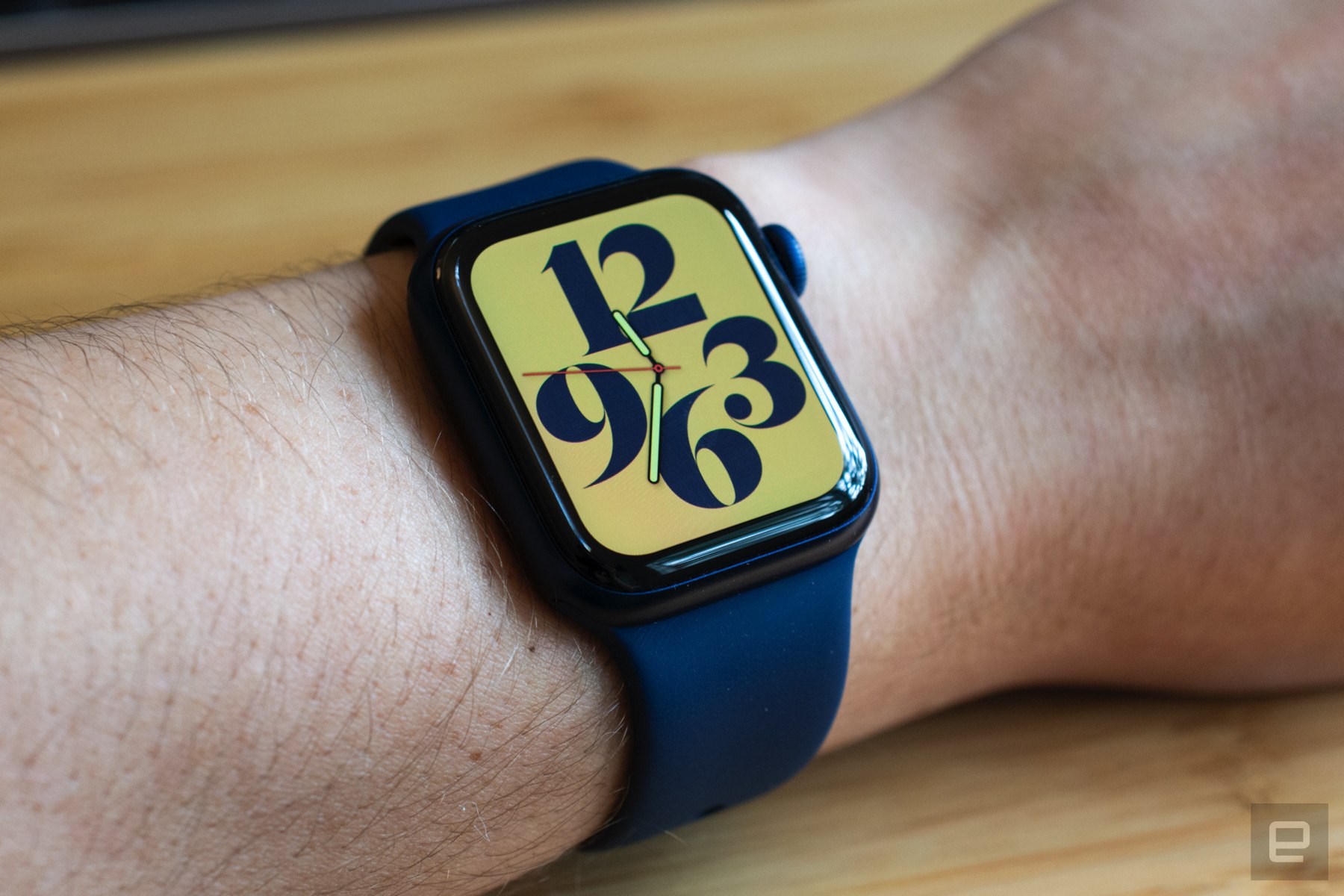 Apple’s had a busy couple of months recently: with three virtual events and a number of new products released (including new Macs with Apple-developed chips), the company has a number of gadget you might be looking for deals on this Black Friday. As usual, your best bet for Apple deals comes from retailers like Amazon rather than directly from Apple itself. While not all of the company’s latest devices are on sale this week, a number of them are and we collected the best deals we could find here.

Apple’s AirPods with the standard wired charging case are down to $110. These are the classic earbuds that many have grown to love for their minimalist design and easy pairing with Apple devices. We gave them a score of 84 for their improved wireless performance and solid battery life.

A few models of the Apple Watch Series 6 are down to $330, which is a new record low. Some GPS + Cellular models are also on sale for as low as $450. The price truly depends on the model you’re getting, but you can expect to see at least a small discount on most versions if you go through Amazon. We gave the Series 6 a score of 89 for its faster charging time, slightly longer battery life and zippy performance.

The Apple Watch SE is down to $259, which is a great deal on the smartwatch that came out only a few months ago. It’s arguably the best Apple Watch for people who are new to the wearable, or those new to smartwatches in general. We gave it a score of 88 for its comfortable design, solid performance and affordable price.

Apple’s new iPad Air has fallen to $559, which is only $10 more than its all time low. This is a solid deal considering the tablet only just came out last month. We gave it a score of 91 for its quick overall performance, fast WiFi speeds, good battery life and support for the 2nd-generation Apple Pencil.

The Powerbeats Pro are cheaper than ever right now, with certain colors dropping to $160. Other colorways are down to $175, which remains a great deal if you prefer one of those options. We gave them a score of 86 for their improved sound quality, great battery life and the convenience of their built-in H1 chip.

The best sounding Apple earbuds, the AirPods Pro, are down to $169. While temporarily out of stock on Amazon, you can still place your order and you’ll be notified when there’s an estimated delivery date.

These buds up the ante in almost every way -- they fit and sound better than standard AirPods and they have the same solid battery life. Apple also added active noise-cancellation with Transparency Mode, which lets you hop in and out of conversations without missing a beat.

The smallest iPad is cheaper than ever right now for Black Friday. You can grab the base iPad mini for $335, which is $65 off its normal price. Space gray and gold are still in stock at the moment, and if you must have this iPad with more storage, the 256GB models are also on sale for $480 ($70 off their normal price). We gave the mini a score of 85 for its solid performance, improved display and strong battery life.

The 11-inch iPad Pro is down to $700, which is $30 less than its previous record-low price. The price is currently listed as $749, but there’s an additional coupon that will be applied at checkout that brings the final price down to $700. We gave the latest iPad Pros a score of 83 for their strong performance, included LiDAR sensor and new trackpad support with iPadOS.

Apple just launched its latest computers with its new M1 chipset and now you can get the new MacBook Pro for $50 off. While that’s not a steep discount, it’s notable considering these laptops have only been available for a couple of weeks.