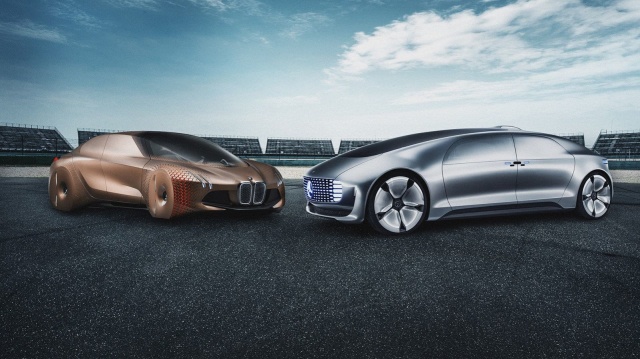 After less than a year, BMW and Mercedes are ending what was supposed to be an ongoing partnership to develop automated driving technology. The two automakers described the split as "mutual and amicable." They were also quick to note they may renew the partnership in the future.

A handful of factors led to the decision. In a joint statement, the two companies said developing a shared autonomous vehicle platform was a more complex and expensive task than they had anticipated. The signing of the agreement also delayed how quickly they could hold joint discussions between their in-house experts and talk to suppliers about product roadmaps.

BMW and Mercedes may have also been too ambitious. When they announced the collaboration last July, they said their goal was to start selling Level 4 self-driving cars, with the ability to handle freeway driving and parking on their own, by 2024. Automotive executives like Ford CEO Jim Hackett have said companies have "overestimated" how soon they'll be able to roll out the technology. In 2019, Uber similarly said it would be a while before self-driving cars become a frequent sight on roadways. A recent study also found most American drivers aren't enthusiastic about the idea of autonomous vehicles.

While they're not working together on autonomous driving technology anymore, BMW and Mercedes are still partners in other areas. In 2015, Audi, BMW and Mercedes parent Daimler joined forces to buy Nokia's Here maps platform for €2.8 billion (roughly $3.07 billion).

In this article: transportation, automotive, bmw, daimler, mercedes, self-driving, Self-driving car, news, gear, tomorrow
All products recommended by Engadget are selected by our editorial team, independent of our parent company. Some of our stories include affiliate links. If you buy something through one of these links, we may earn an affiliate commission.