The definition of large-scale multiplayer games continues to change.

Turns out, Call of Duty: Warzone is not a battle royale.

Infinity Ward and Raven Software’s latest mode pits 150 players against each other on a single map, with limited respawn capabilities and clear instructions: kill to survive. Each round begins with players parachuting into random locations across Verdansk, the massive, loot-strewn fighting field. It sounds like a battle royale. It feels like one. Its main mode is even labeled “Battle Royale” in the menu.

But then there’s the Gulag. Players enter the Gulag after their first death in Warzone, and here they can fight their way back into the main match via one-on-one gunfights with randomized loadouts. In a dank, abandoned prison, surrounded by other downed players waiting their turn, a Gulag inmate has 40 seconds to kill their opponent and rejoin the full game, or die one last time and be locked out of the match for good.

According to Raven Software creative director Amos Hodge, the Gulag exists because, at least in developers’ minds, Call of Duty: Warzone is not a battle royale.

“We don't see Warzone as a battle royale,” Hodge said. “We see it as just big-map game modes, right? So we're constantly pushing things beyond battle royale, like you’re seeing in Plunder.”

Plunder is a secondary Warzone mode that has teams race to collect $1 million in Cash, which is scattered around Verdansk. Players killed in Plunder respawn after each death, and following a two-minute Bonus Round to finish out each match, the team with the most money wins.

“I think you'll see more modes in the future that are just not battle royale,” Hodge said. “They’re just large-scale. There's lots of room to explore there. Everyone's just hyper-focused on battle royale and we feel like there's room outside of that to grow.”

Which brings us back to the Gulag. This is ostensibly Warzone’s weirdest feature, if we’re using battle royales like Fortnite and PlayerUnknown’s Battlegrounds as a baseline. These types of games haven’t been around that long, considering the robust online infrastructure required to host stable, competitive 100-player rounds. Fortnite and PUBG both landed in 2017, and in just a few years they’ve cultivated millions of players and vibrant esports scenes. They’ve changed the video game landscape for generations to come. 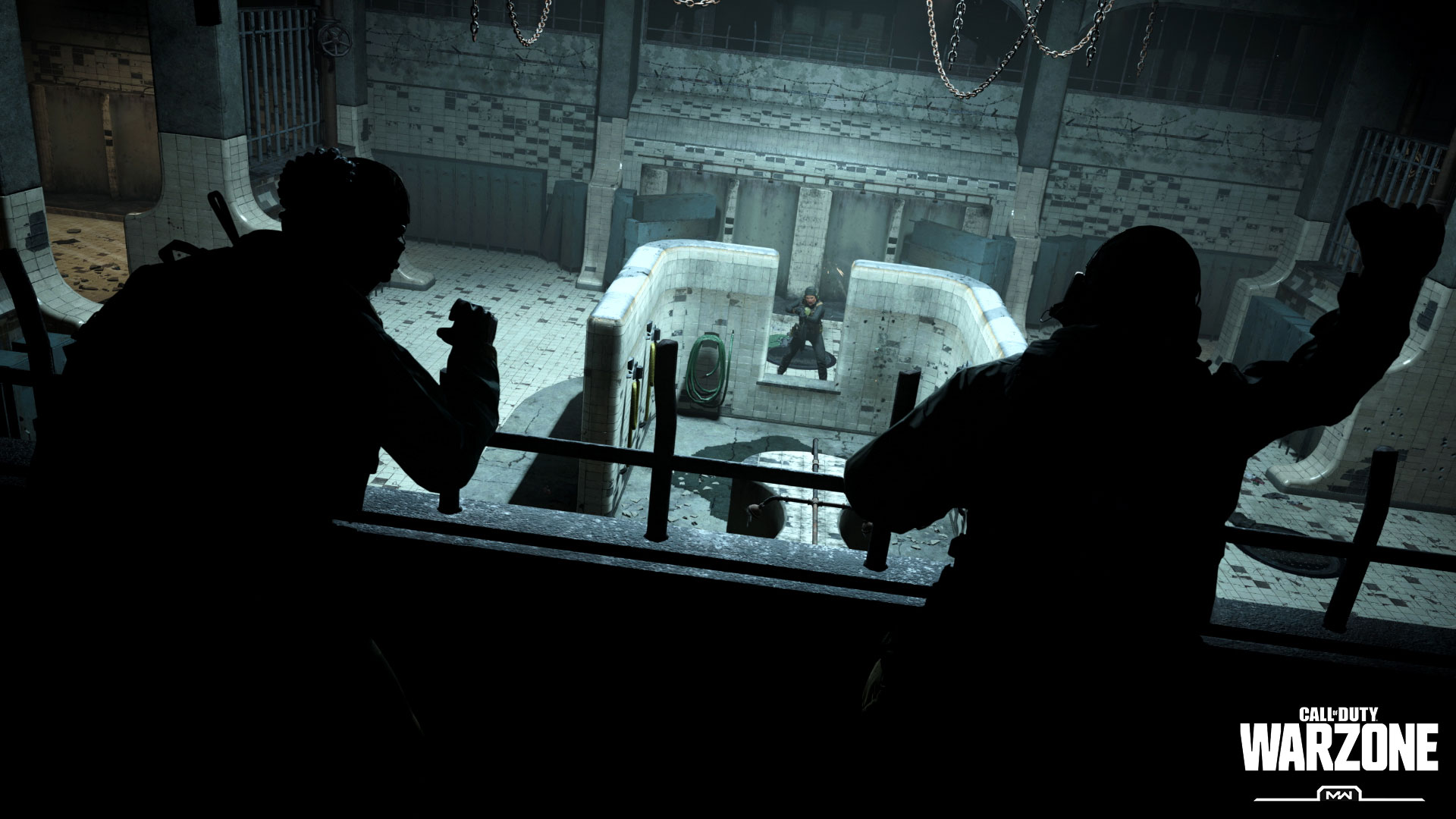 You'll see more modes in the future that are just not battle royale.

Infinity Ward and Raven Software began building Warzone at the height of battle royale frenzy, just months after Fortnite and PUBG took off.

“The real story is we really wanted to do a battle royale, and we were three years out of shipping the thing,” Infinity Ward multiplayer design director Geoffrey Smith said. “So you know, what does the battle royale genre look like at that point? We were pretty adamant about finding differentiators to try to make the game feel different and provide something new for players to try to come give it a chance.”

One of the most captivating aspects of classic battle royale games is knowing that you have one shot at survival. On a gigantic map, littered with secrets and murderers, you have to play smart and above all else, stay alive.

Traditionally, battle royales can be summed up as, “big map, one life.” The Gulag turns this idea on its head, offering players a chance at respawning.

“We found that respawning and having a second way back into a match, it was kind of a pain point in battle royale,” Smith said. “Especially if you're playing with some friends and you're the first one to go down, and it's kind of awkward. Do you stay with them and wait for them to finish their match out, or everybody dies and quits out? It kind of came from that.”

Games like Fortnite and PUBG have iterated on their baseline modes and also offer ways to respawn in some matches. With each tweak, these titles are evolving the definition of a battle royale. So is Warzone.

“In the original battle royale games, when you were dead, you were out,” Infinity Ward multiplayer design director Joe Cecot said. “And in the next ones, you kind of relied on your teammates. We really liked the idea of putting that power in the player's hands. And it was also a nice, fair, second chance. Maybe you had a bad knockout, right? You didn't actually face someone head-to-head, you weren't ready, they had better loot than you. This was a fair fight that would get you back in the match.”

The Gulag rotates through three layouts, each one with a raised platform where other killed players can watch the fights. They can even throw rocks at the competitors if they wish, knocking out a few health points at a time.

Though Warzone only landed in March, Infinity Ward and Raven Software have already changed a lot about the Gulag in particular. The Gulag has historically been available in any mode -- solos, trios or quads -- but on May 8th, developers removed it from solos. The Gulag was replaced by a new Stimulus Solos mode, which allows players to buy their way back into the match. It costs $4,500 to respawn in Stimulus Solos, but half of your Cash disappears when you die, meaning players need $9,000 in order to secure a respawn.

All of this places an emphasis on collecting Cash throughout the main game, and developers argue that Stimulus Solos make Verdansk feel fuller, more dangerous and more alive.

“That leads to people carrying less, doing more contracts, trying to acquire money, and more action,” Hodge said. “That was really the genesis of that mode, can we just skip the Gulag and get straight to the action? And what would that do to gameplay? That definitely made it more frenetic, lots of people coming back, lots of revenge fights, which are fun. I think as we continue, you'll see us playing more and more with respawn mechanics.”

Infinity Ward and Raven Software aren’t done tweaking the Gulag, Stimulus Solos or any other part of Warzone. The game is in live development and updates are rolling out fast.

“We look at popularity, and the Stimulus one was doing really well so we left it on through the weekend and further,” Cecot said. “But we'll keep rotating things in and out. Eventually we do want to get to the point where we have kind of like our core BR and then we have our limited-time mode that we're running. We're focused and delicate about what we're turning on, what we're turning off.”

Take stun grenades, for instance. There’s a contingent of players who despise the inclusion of stun grenades in randomized Gulag loadouts, arguing they’re too powerful for such a fast-paced, close-quarters battle.

“I always get bit in the ass for commenting on this, but some of the elegance of BR is a little bit of the randomness,” Cecot said. “So if you can get a player who gets that lucky stun, then maybe they win a fight that they didn't have a chance to win otherwise. It's a little bit of variability. There are more tactics in there. But we're also switching up the guns in Gulag, I think even with the next update.”

That last part, at least, is true. Infinity Ward and Raven Software released an update for Warzone this week that changes the loadout options in Gulag matches, now randomly selecting from a lineup of six ARs and four SMGs, no stun grenades in sight. The game is continually changing, and in the process, so is the definition of the battle royale genre.

All products recommended by Engadget are selected by our editorial team, independent of our parent company. Some of our stories include affiliate links. If you buy something through one of these links, we may earn an affiliate commission. All prices are correct at the time of publishing.
View All Comments
Why Infinity Ward doesn't call 'CoD: Warzone' a battle royale