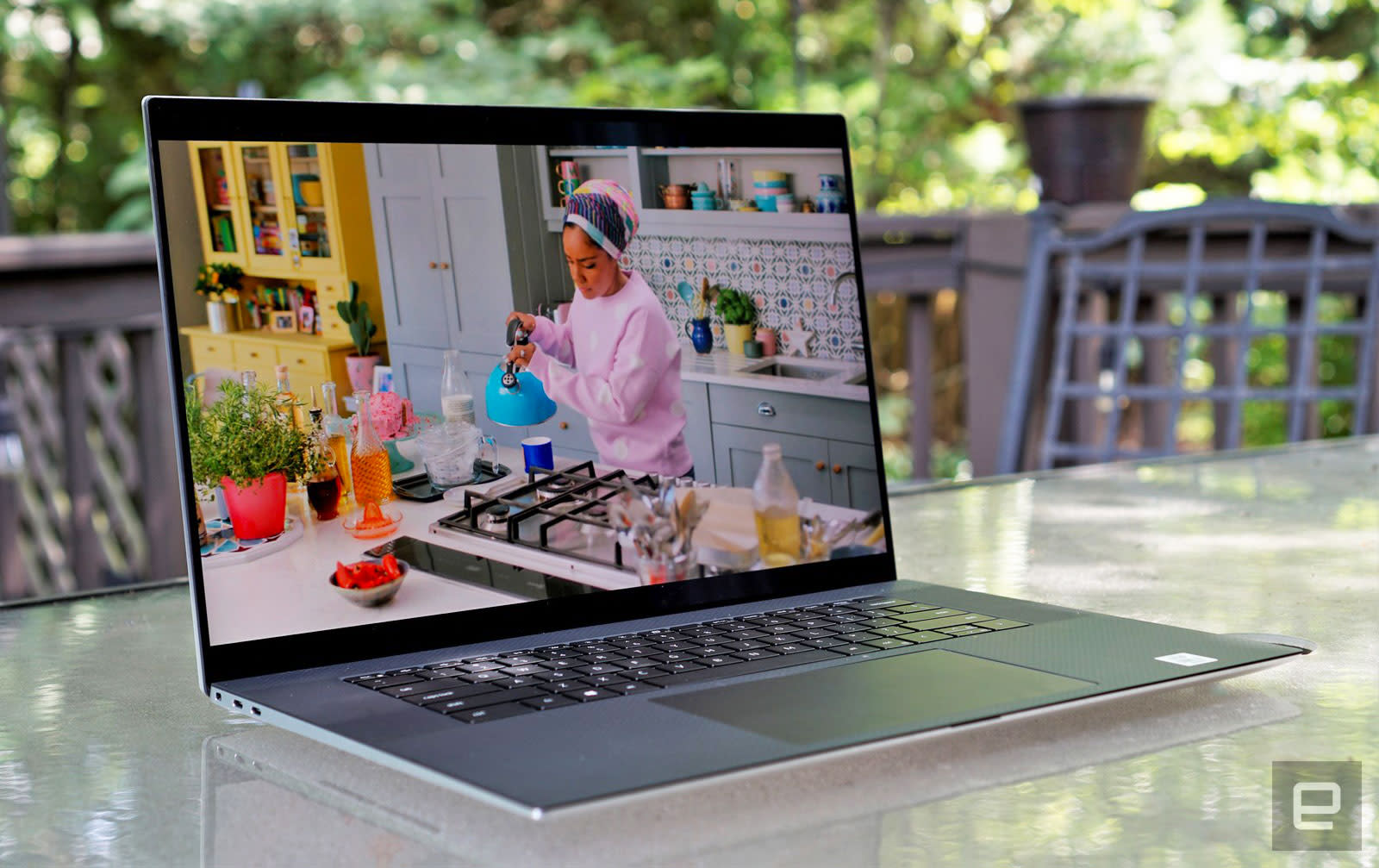 It’s crazy how much laptops have evolved since Dell’s last XPS 17 a decade ago. They’re thinner and lighter, of course, but they can now offer the versatility and performance you’d expect from a desktop. So what better time for Dell to go big again. The new XPS 17 delivers everything we loved about the XPS 13 and 15, while adding a towering screen that shows just how much Dell has perfected its borderless Infinity Edge technology. While it may be a bit excessive for many users, it’s a compelling option for anyone who wants the most laptop real estate to edit video, stream movies or multi-task with near desktop-like freedom.

Of course, one does not just simply walk into Best Buy to get a 17-inch laptop. This is nothing like weighing the difference between a 13-inch or 15-inch machine, both of which are relatively easy to carry around town. It's a deliberate decision. You've made peace with the enormity of the system. A 17-inch notebook is a commitment. I figure that's why we haven't seen many flagship models in recent years, aside from hefty gaming rigs.

The revamped XPS 17 is joining a new wave of laptops that are trying to make big screens more compelling. There's LG's 3-pound Gram 17 which is under-powered, but a remarkable feat of engineering. And I'd even include the 16-inch MacBook Pro in this group, which at 4.3 pounds deftly balances the best of both 15 and 17-inch notebooks. The XPS 17 starts at 4.6 pounds and goes up to 5.5-pounds with a touchscreen and its largest battery option, making it the heftiest of this bunch. But even its heaviest configuration, which we reviewed, is still a far cry from the 7.5 pound XPS 17 from 2010.

It's easy to see why Dell decided to bring the XPS 17 back from the dead. It's basically a blown up version of this year's XPS 13 and 15, with the same sleek metallic case, refined design and minimal bezel. For the first time, Dell managed to remove the border below its displays entirely, which allows them to sit nearly flush with the keyboard. That gave it room to shove in a 16:10 17-inch display, all while making it only slightly heavier than the 4 to 4.5-pound XPS 15. The larger case also means it can fit in NVIDIA's powerful RTX 2060 Max-Q GPU, which is helpful for both games and rendering tasks. 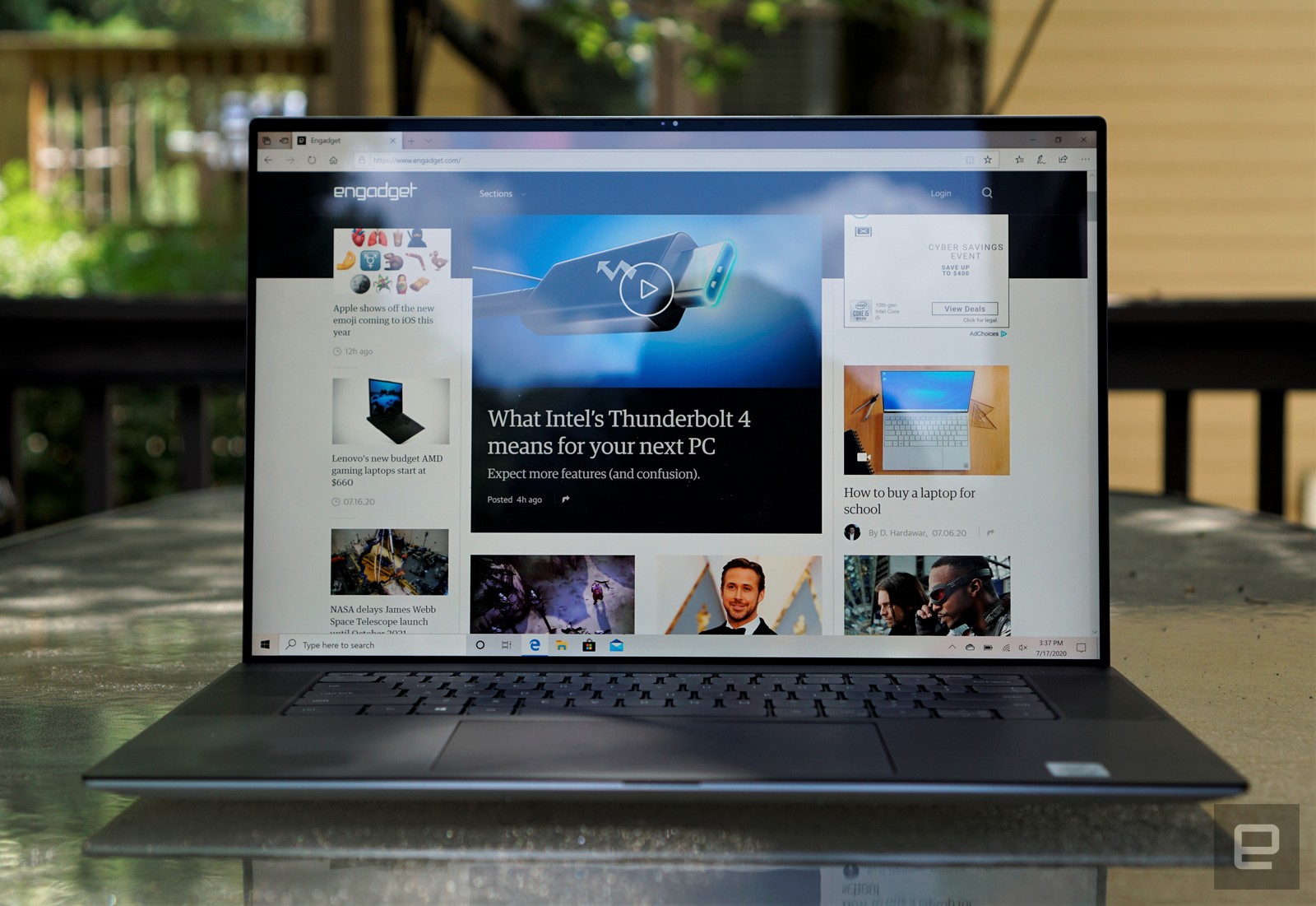 The screen is the star of the show, as you'd expect. I compared the XPS 15's display to the inky black monolith from 2001: A Space Odyssey -- the XPS 17's is like staring into vastness of space. The 4K+ touchscreen on our review model looked just as great as Dell's other premium laptop displays, with vibrant and accurate colors, as well as Dolby Vision HDR for video. The key, of course, is that there's just so much to take in. There was more room for multitasking across Slack, Chrome, Evernote and my usual productivity apps. And watching anything on Netflix felt like I was plopped down in front of an enormous TV.

The XPS 17 is clearly a laptop that demands a desk, though. I was able to get some work done while holding it on my lap, but I wouldn’t want to do that for too long. It features the same excellent keyboard and trackpad from the other XPS models, though typing requires a bit more concentration since you also have to worry about balancing a larger machine. During our battery benchmark, which involves looping an HD video, the XPS 17 lasted 12 hours and 25 minutes. In comparison, the XPS 15 clocked in around 10 hours. But despite its solid battery life, its size alone makes it something I’d never want to bring on a flight (whenever we start going on those again).

On the other hand, it's the XPS I’d want if I were editing video and dealing with 3D rendering. In the PCMark 10 benchmark, the XPS 17 blew away the 15-inch model, thanks to the vastly more capable GPU. Both laptops featured the same Intel Core i7-10875H CPU. That NVIDIA GPU also gave the XPS 17 a big leg up in the Geekbench 5 Compute benchmark, and it made the laptop twice as fast as the XPS 15 in the 3DMark Skydiver test. I didn't even bother to test Overwatch -- I knew it would be more than fast enough. But in the Hitman 2 benchmark, the XPS 17 clocked a respectable 85 frames per second average at 1080p with all of the graphics options maxed out. The XPS 17 also transcoded a minute-long 4K video sample in 32 seconds with GPU-powered encoding, putting it alongside some of the fastest machines we’ve seen recently, like the Zephyrus G14 and MacBook Pro 16-inch.

Basically, if you've been dreaming of the ideal premium notebook from Dell, one that could handle video rendering work while playing some games on the side, the XPS 17 could be for you. I don't want to sound too effusive though, because it's definitely more cumbersome to carry and use compared to its smaller siblings. And despite its larger size, it still comes with just four Thunderbolt 3-capable USB-C ports. The only legacy connection is a full-sized SD card slot.  I'll continue recommending the XPS 13 to most potential PC buyers, while the 15 makes more sense for power users. But it's nice to have something around that's even more capable. 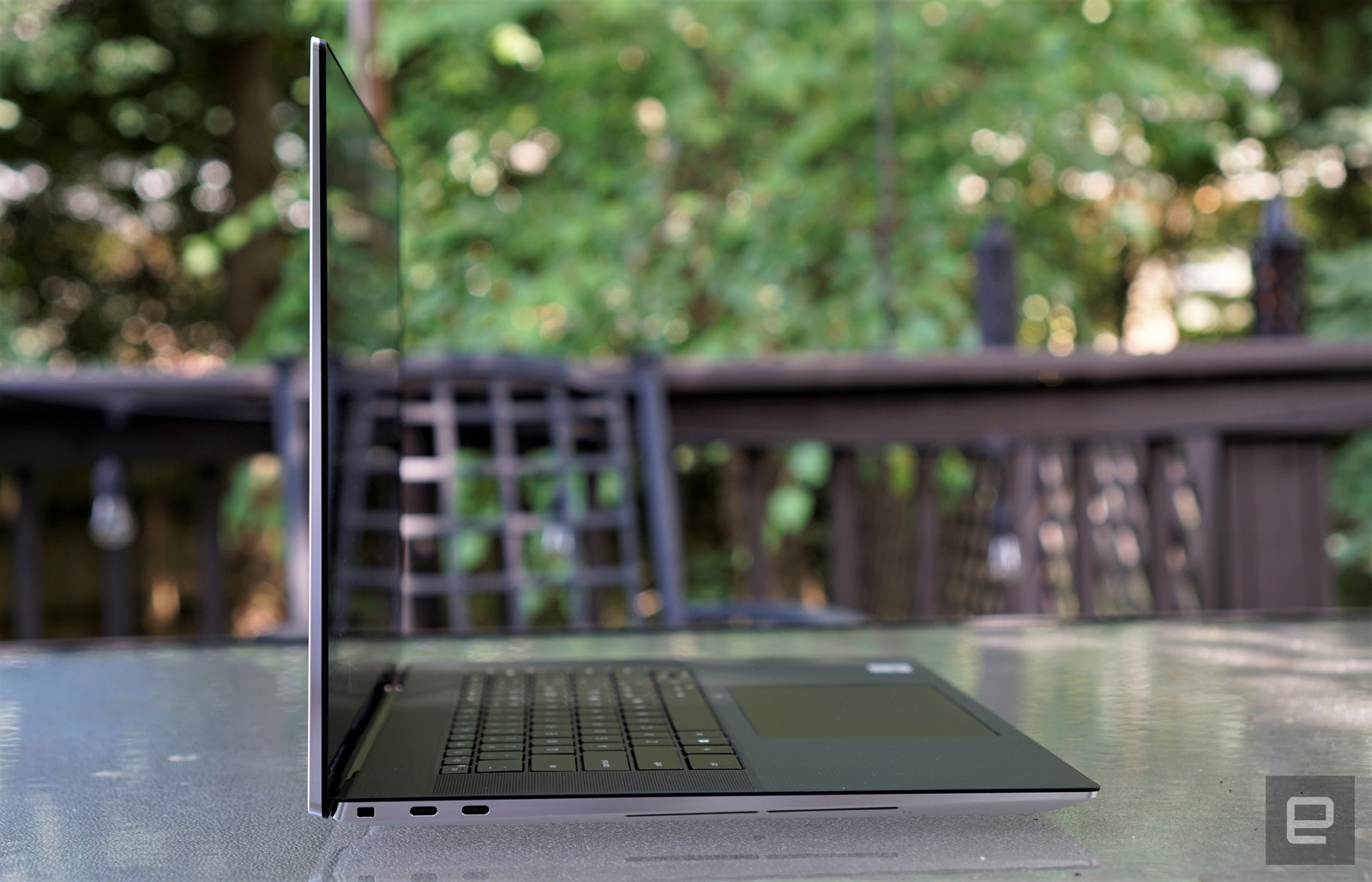 Not everybody needs a 17-inch laptop. But the XPS 17 is a reminder of just how useful such a big screen can be, as well as how far modern laptop designs have come.