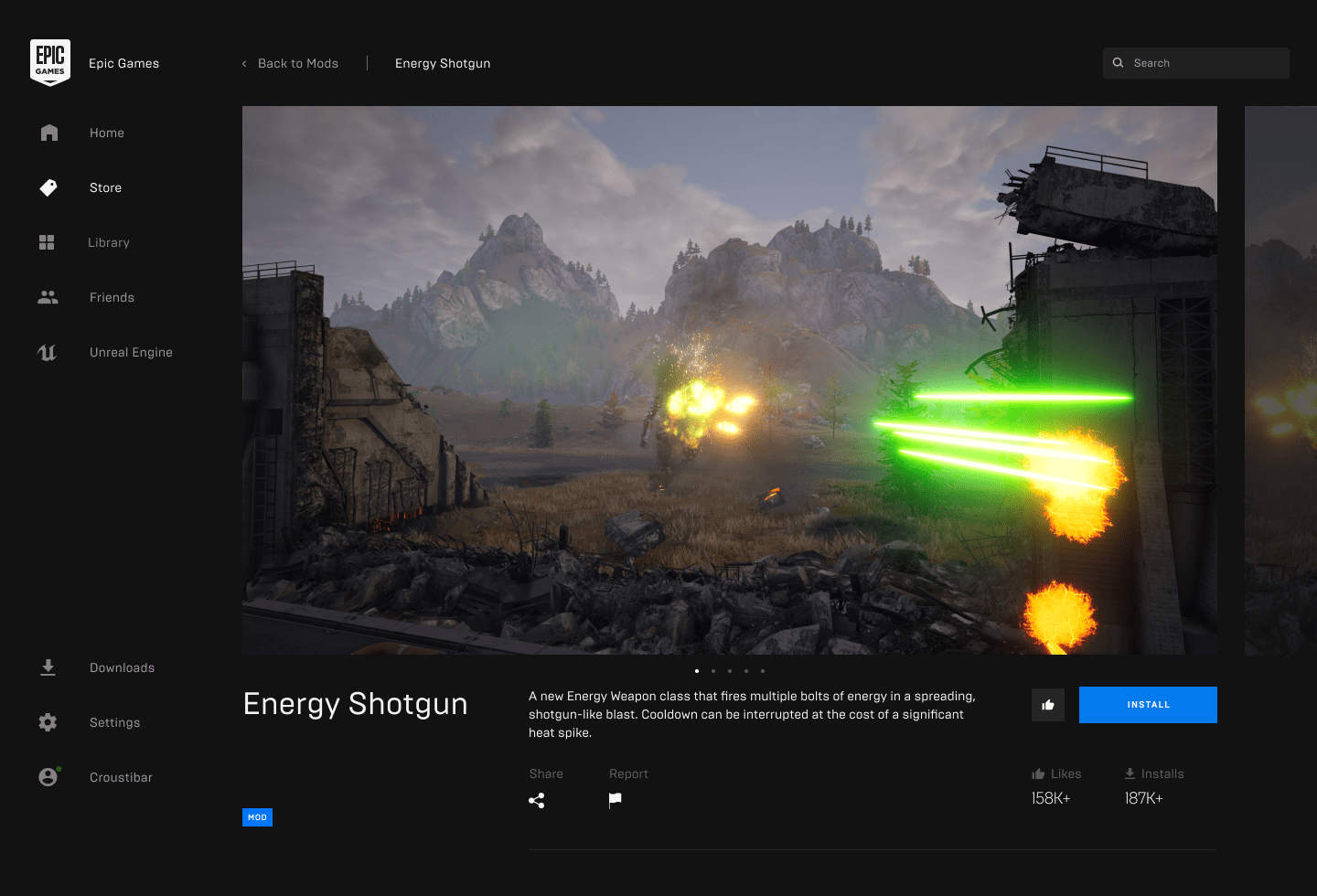 Last year, Epic shared a publicly available roadmap detailing all the features it's working on adding to its digital games marketplace. One of those, mod support, is now available — albeit in beta form.

Mod support is now in beta on the Epic Games Store, starting with Mechwarrior 5.

This is an early iteration of the feature, but you can expect to see more titles supported in the future. Keep an eye out! https://t.co/Pmgy9tkI8O

The company announced on Twitter that MechWarrior 5: Mercenaries is the first title on the Epic Games Store to include support for community-made modifications. "This is an early iteration of the feature, but you can expect to see more times supported in the future," said Epic. The tool will allow you to browse both player- and developer-made mods. It will also handle automatically installing them. The company has been working on mod support since last summer. At the time, Epic said, "This is a huge feature which will take a long time to build."

Besides its exclusives, something PC gamers have consistently criticized the Epic Games Store over is its less robust feature set than Steam. Mod support was one of the big ones. The Steam Workshop allows you to download, install and manage modifications easily. And for all of the things Steam could do better, mod support is one thing it absolutely nails. The fact the Epic Games Store didn't have a mod manager before today was a notable absence.

But like with many other features, Epic has done a good job of slowing narrowing the gap between the Games Store and Steam. Some of the more recent features Epic added to the marketplace include achievements, cloud saves and, most notably, self-serve refunds.

In this article: Epic Games Store, Epic, Valve, Steam, mods, MechWarrior 5, news, gaming
All products recommended by Engadget are selected by our editorial team, independent of our parent company. Some of our stories include affiliate links. If you buy something through one of these links, we may earn an affiliate commission.