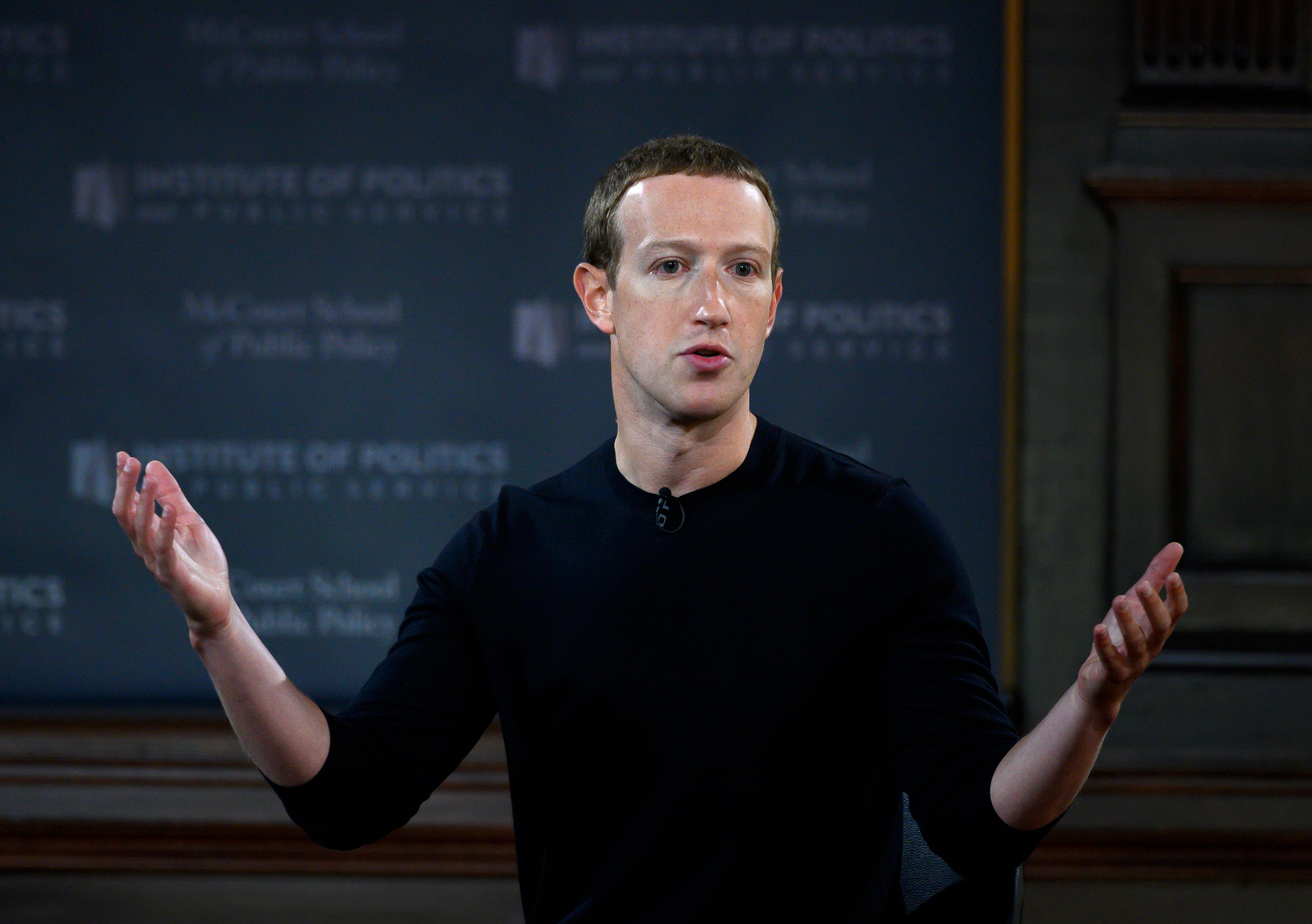 If Twitter’s decision to hide Donald Trump’s tweet has amped up the pressure on Facebook to do the same, it hasn’t resulted in any noticeable action from the social network.

Twitter said in a statement Trump’s words received the label “in the interest of preventing others from being inspired to commit violent acts.” The same tweet was again labeled when it was subsequently posted by the official White House Twitter account.

In a Facebook post Friday afternoon, Mark Zuckerberg attempted to explain why Facebook ultimately decided not to act on Trump’s post. He said that while he personally had a “visceral negative reaction” to Trump’s “inflammatory rhetoric,” the company ruled his words did not break Facebook’s policies, which allow for “discussion around state use of force.”

“I know many people are upset that we've left the President's posts up, but our position is that we should enable as much expression as possible unless it will cause imminent risk of specific harms or dangers spelled out in clear policies. We looked very closely at the post that discussed the protests in Minnesota to evaluate whether it violated our policies. Although the post had a troubling historical reference, we decided to leave it up because the National Guard references meant we read it as a warning about state action, and we think people need to know if the government is planning to deploy force. Our policy around incitement of violence allows discussion around state use of force, although I think today's situation raises important questions about what potential limits of that discussion should be.”

That may not be particularly surprising given that Facebook also opted to do nothing about Trump’s earlier posts on election fraud, which Twitter fact-checked for being “potentially misleading.” Facebook does not fact check posts from politicians.

That’s despite the fact that it has similar rules, prohibiting posts that could lead to voter suppression and policies against glorifying violence. But the company has so far been reluctant to apply those standards to politicians, especially Trump. It doesn’t seem these latest posts have done much to move the needle.

This Tweet violates our policies regarding the glorification of violence based on the historical context of the last line, its connection to violence, and the risk it could inspire similar actions today. https://t.co/sl4wupRfNH

Zuckerberg’s comments come more than 16 hours after Twitter’s decision, and after mounting pressure over Facebook’s lack of response. The company’s silence on the matter was also being noticed internally, with employees questioning the company’s inaction, The Verge reported.

For years, Twitter and Facebook were both criticized for giving Trump free rein to post content that would otherwise break the companies’ rules in the name of the public interest. The words of Trump and other politicians, the thinking went, were newsworthy and thus exempt from the same policies that might govern the average troll.

“We believe that if a post incites violence, it should be removed regardless of whether it is newsworthy, even if it comes from a politician,” he wrote.

Just one day earlier, Zuckerberg appeared to criticize Twitter’s decision to fact check the president. “I believe strongly that Facebook shouldn’t be the arbiter of truth of everything that people say online,” he said. “I think in general private companies, or especially these platform companies, shouldn’t be in the position of doing that.”

But Trump’s latest tweets present a different issue entirely. As BuzzFeed reporter Ryan Mac pointed out Friday morning, hiding a post because it promotes violence is a decidedly different issue than a company playing “arbiter of truth.” In this case, there are no facts in question: just one company’s interpretation of the president’s words.

And while Twitter has opted to interpret those words as policy-breaking and worthy of some restriction, Facebook has chosen to say and do nothing.

In this article: Mark Zuckerberg, internet, Donald Trump, Social media, Facebook, Twitter, news, gear
All products recommended by Engadget are selected by our editorial team, independent of our parent company. Some of our stories include affiliate links. If you buy something through one of these links, we may earn an affiliate commission.