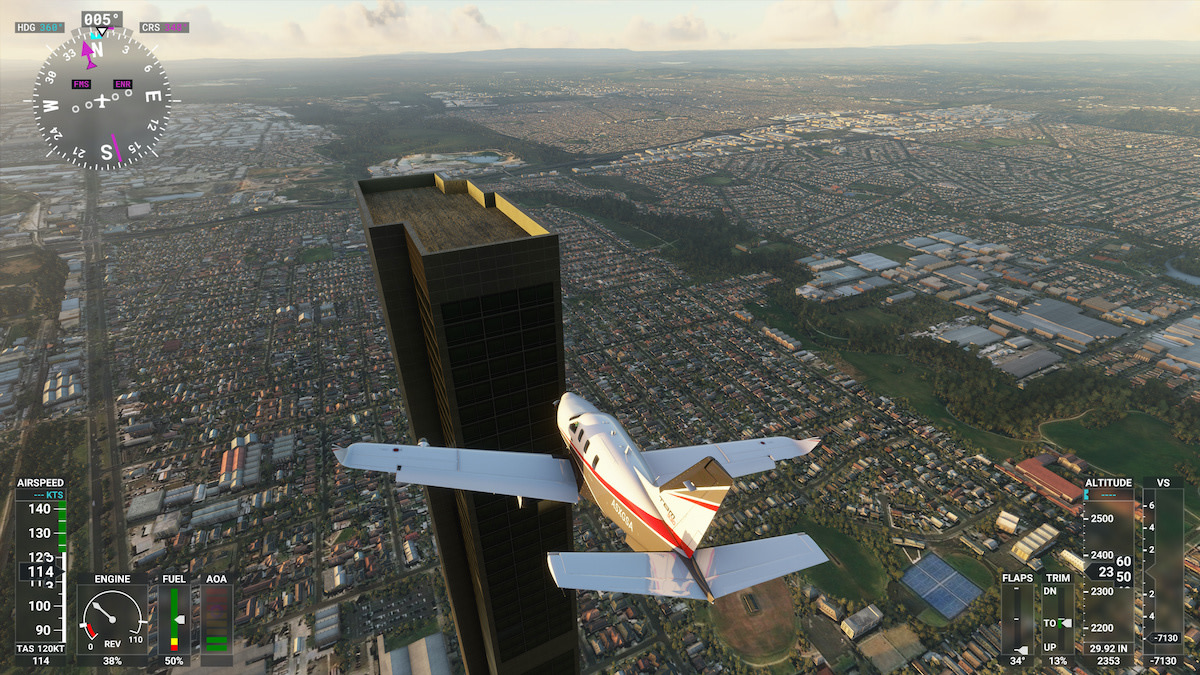 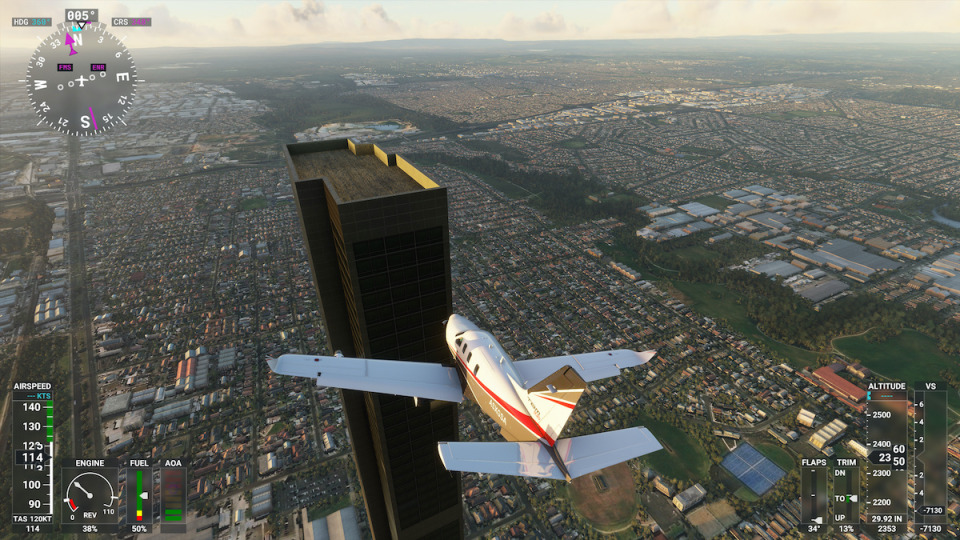 Microsoft’s latest Flight Simulator entry doesn’t do anything small. It’s a title that comes on 10 DVDs and allows you to explore the world in almost its entirety. It turns out that scale even extends to its accidental inclusions. Flight Simulator users recently found an unusual landmark: a 212-story monolith towering over an otherwise nondescript suburb in Melbourne, Australia.

In Microsoft Flight Simulator a bizarrely eldritch, impossibly narrow skyscraper pierces the skies of Melbourne's North like a suburban Australian version of Half-Life 2's Citadel, and I am -all for it- pic.twitter.com/6AH4xgIAWg

After some sleuthing, the title’s community found what had caused the tower to appear in Flight Simulator. When developer Asobo Studio built its detailed recreation of the globe, they pulled data from OpenStreetMap, a free map of the world to which anyone can contribute. About a year ago, a user named “nathanwright120” added a tag that said this one building in Melbourne had 212 floors instead of two. Based on their other contributions, it appears the edit was a simple typo, not them trying to mislead anyone.  The error was later corrected by another OpenStreetMap contributor, but not before it made its way into Flight Simulator.

We’ve reached out to Microsoft to find out if the company plans to remove the building from Flight Simulator, and we’ll update this article when we hear back. Based on the title’s dedication to realism, there’s a good chance it’s not long for this world. So if you own a copy of Flight Simulator, board your favorite plane and visit it before it’s gone for good.

In this article: video games, OpenStreetMap, pc, flight simulator, asobo studio, airplane, personal computing, Microsoft, news, gaming
All products recommended by Engadget are selected by our editorial team, independent of our parent company. Some of our stories include affiliate links. If you buy something through one of these links, we may earn an affiliate commission.