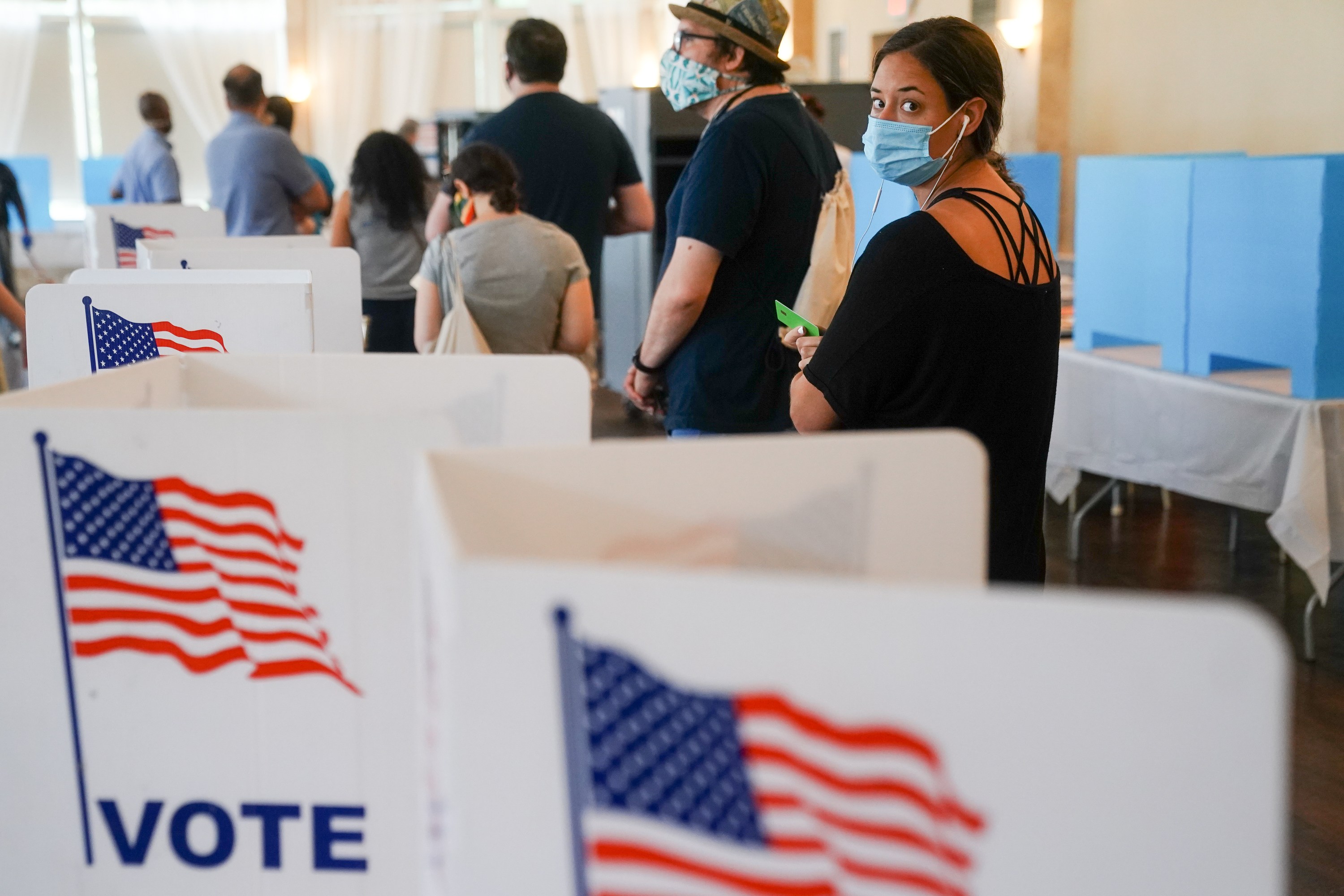 It's primary day in five states and while things seem to be going relatively smoothly in Nevada, North Dakota, South Carolina and West Virginia, voters and election workers in Georgia are reporting problems with new voting machines. Workers at some polling places are having difficulty operating the machines, according to the New York Times.

Democratic Party of Georgia chairwoman Nikema Williams told the NYT that machines aren't working and that they didn't show up at all in at least one voting location. Reports suggest that some polling locations are understaffed, which has caused further delays. Sanitization efforts to help prevent the spread of COVID-19 have also slowed things down.

Here’s a glimpse of the scene at Cross Keys, where technical issues have ground voting to a standstill and officials have run out of provisional ballots. #gapol pic.twitter.com/XtezH1Qyrm

The issues have led to many people facing long waits in lines to cast their votes. But even the provisional ballot system isn’t sufficient, as some locations quickly ran out of them. “If you are in line, PLEASE do not allow your vote to be suppressed,” Atlanta mayor Keisha Lance Bottoms wrote on Twitter. “PLEASE stay in line. They should offer you a provisional ballot if the machines are not working.” Engadget has contacted the Georgia secretary of state office, which oversees local elections, for comment.

Georgia's election security has faced intense scrutiny in recent years. Governor Brian Kemp came under fire over how he handled elections during his time as secretary of state, including accusations that he engaged in voter suppression and abused his power to steal the 2018 gubernatorial election. Last year, a federal judge ordered Georgia to update its outdated machines for the 2020 election cycle. Both of the state's Senate seats are on the line this year.

A number of states have faced serious technical issues during this primary season. On Super Tuesday in early March, many people ran into problems with new voting machines in Los Angeles. In Iowa, an app designed to report caucus results was a complete failure. An HBO documentary that premiered in March highlighted just some of the many critical problems with America's voting machines and fragile election system.

In this article: election, primary, georgia, voting machines, votingmachines, atlanta, 2020 election, 2020election, election security, electionsecurity, politics, news, gear
All products recommended by Engadget are selected by our editorial team, independent of our parent company. Some of our stories include affiliate links. If you buy something through one of these links, we may earn an affiliate commission.