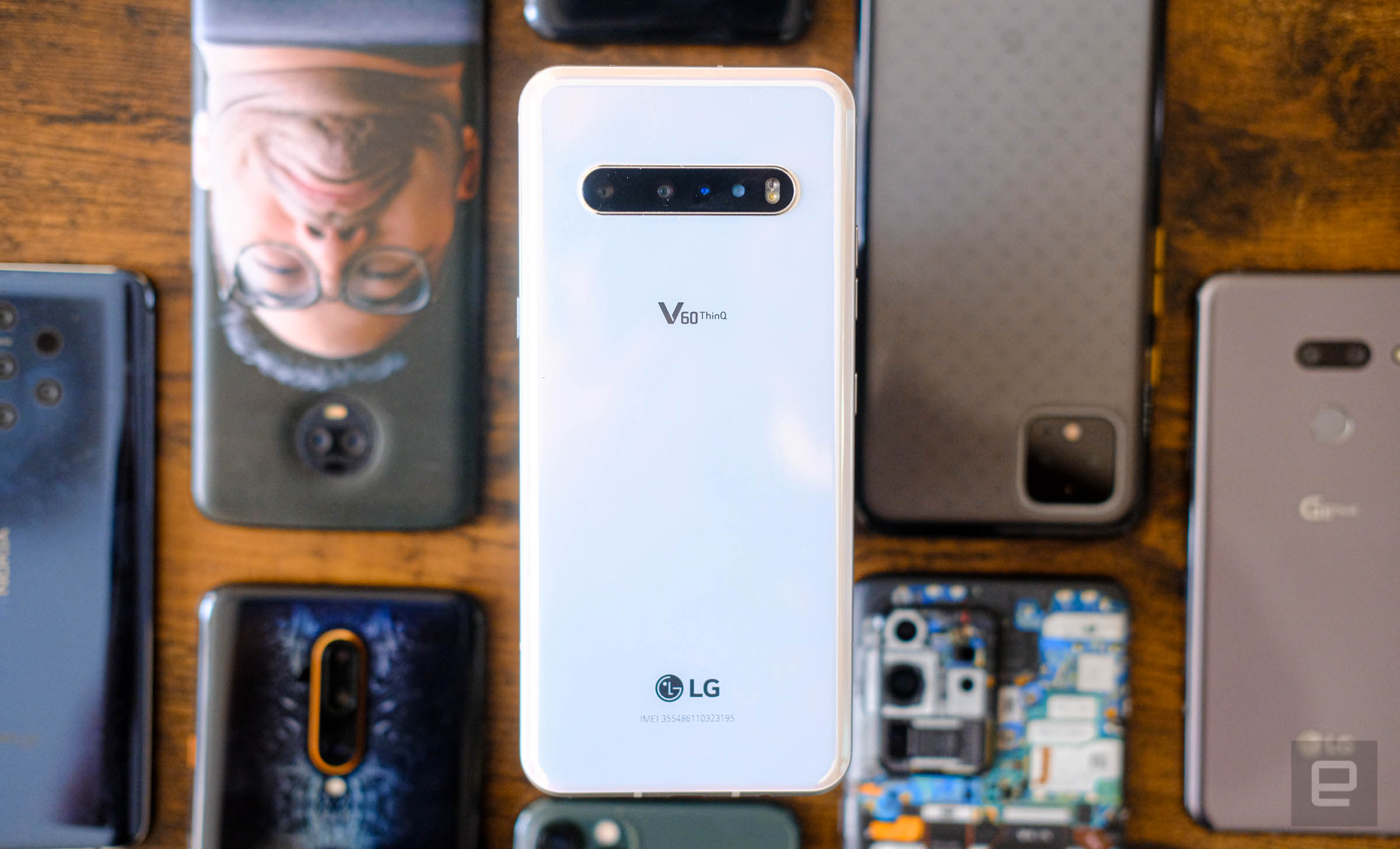 We might be stuck at home, but that isn’t stopping companies from springing fresh devices upon us. Apple just dropped a new iPhone SE, LG and Motorola are both prepping flagship launches, while a slew of midrange phones have been unveiled in the past two weeks. OnePlus also showed off the OnePlus 8 and 8 Pro this week. MWC may have gotten canceled in February, but it seems mobile device makers are pushing forward with their products, in the middle of this pandemic.

While they’re hardly ever at Mobile World Congress, Apple still contributed to this month’s remote phone launch season by revealing the new iPhone SE. Not only is this a long-awaited update to the company’s compact, budget-friendly line, but it’s also noteworthy for its premium processor. With the new iPhone SE, you’ll be getting the same A13 Bionic processor that powers the iPhone 11, 11 Pro and 11 Pro Max, but for just $399. Of course, you won’t find the same multi-camera setup. The 4.7-inch handset only houses a single 12-megapixel sensor. Still, though, you’re getting plenty for less than $400. And such a small phone with modern specs is pretty hard to find these days.

One of the biggest names we were expecting at MWC was LG, typically showing up in Barcelona with its latest flagships with horribly clunky names. Case in point: The LG V60 ThinQ 5G or the G8X ThinQ Dual Screen. Those really aren’t the sexiest names for flagship phones. LG Velvet, on the other hand, immediately conjures up mental images of soft, luxurious fabric. Well, that’s what LG is hoping, anyway. The company has been struggling to remain relevant for years and this week it announced its upcoming flagship will be named Velvet. In a press release, LG said the word is meant to evoke images of “lustrous smoothness and premium softness.”

The new branding is a move away from alphanumeric naming standards, which, good riddance. As a reviewer, I loathed having to write “LG V60 ThinQ 5G” over and over. The Velvet will feature a “unique ‘Raindrop’ camera and symmetrical, flowing form factor that is both pleasing to the eye and pleasing to touch.” If I had to attempt to translate that to normal human speak, I’d say that probably means this handset will be curvier and perhaps less boring than the existing V-series.

Speaking of curvy phones, Motorola also announced it’ll be hosting a virtual launch event on April 22nd for the rumored Edge+. Based on the leaks we’ve seen, this might be the company’s first high-end phone in years, following a slew of midrange and budget-friendly handsets like the G and E series. The Edge+ is said to have a 6.7-inch display that curves away from the front on both edges and feature a 108-megapixel camera with wide-angle and telephoto options as well. It reportedly packs a premium Snapdragon 865 processor with a sweet 5,000mAh battery, too. A less exciting version called the Edge will reportedly be available too, just with a Snapdragon 765 processor instead.

These two companies have been lagging the likes of Samsung, Apple and Google for a while, and it’s nice to see them try harder to challenge the industry leaders. The smartphone industry could use some variety. Though, I’m not entirely convinced that the Velvet nor the Edge+ can give the Galaxies, iPhones and Pixels any serious competition.

This week, we also saw OnePlus launch its latest phones. Though the company started out with a mission to make “flagship killers” that offer high-end specs for much cheaper than the competition, its new devices indicate an evolution in strategy. The OnePlus 8 and 8 Pro can no longer be considered affordable alternatives to premium flagships because they’re, well, not that much cheaper anymore. But they’re straight up great devices. These are beautiful handsets with super smooth screens, speedy performance and capable cameras. And while the OnePlus 8’s $699 starting price is too high to be considered affordable, it at least costs hundreds less than the likes of a Galaxy S20 or an iPhone 11.

There’s also been a slew of midrange phones launching. TCL unveiled the 10 series recently, while Samsung unleashed about half a dozen A-series phones last week. We also saw Chinese phone maker Oppo unveil the Reno Ace 2, which features the world’s fastest wireless charging -- so far, anyway. It supports 40W charging, which will get the phone’s 4,000mAh battery fully juiced in 56 minutes. Anyone who’s ever tried wirelessly charging their phone will know -- that’s practically light speed. Like most Oppo phones, though, the Reno Ace 2 is unlikely to find its way stateside.

That’s a ton of phones to hear about in a matter of weeks, which just goes to show that, even a global pandemic and the cancellation of MWC can’t keep phone makers down. But what’s nice to note is the prices here. Instead of the $1,000 flagships we’ve seen from Samsung and Apple, some of these guys cost about $700 or less, depending on the configuration. Considering we’re gearing up for a global recession, maybe luxury smartphones aren’t the wisest purchase for awhile.

In this article: smartphone, iphone se, iPhone SE 2, iphone, OnePlus, oneplus 8, oneplus 8 pro, lg velvet, lg, Motorola, Samsung, news, gear
All products recommended by Engadget are selected by our editorial team, independent of our parent company. Some of our stories include affiliate links. If you buy something through one of these links, we may earn an affiliate commission.