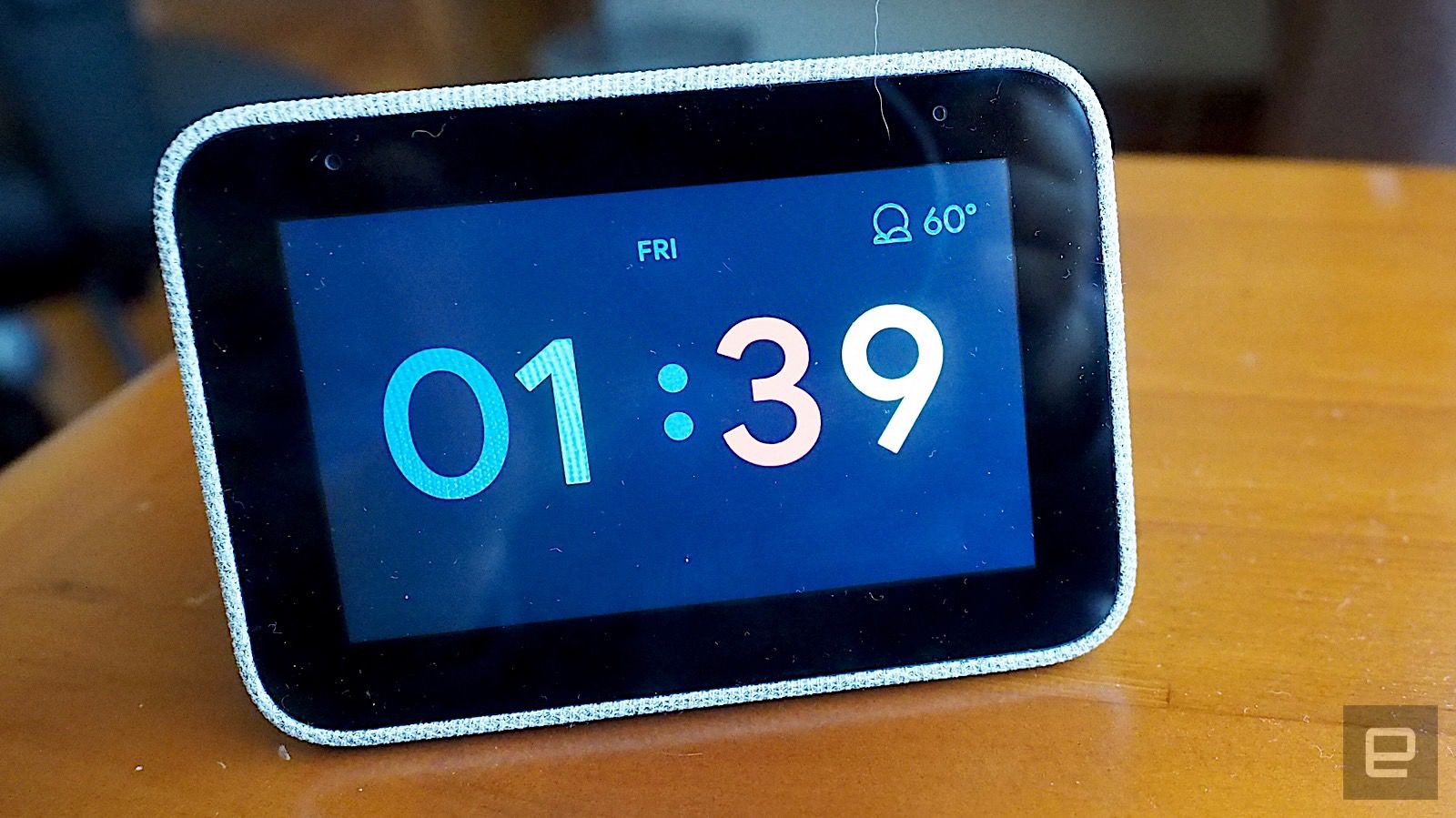 Best Buy dropped the price of Lenovo’s Smart Clock with Google Assistant to $40 today. This brings the price closer to that of a “regular” alarm clock, but the Smart Clock offers so much more. For $40, you get features like a sunrise alarm, an ambient light sensor that adjusts the brightness of the display, alarm suggestions and calendar reminders. On top of that, the Google-powered device can control your smart home, play music, access Nest cams and charge your phone.

When we reviewed the Smart Clock, we gave it a score of 87 for its compact, attractive design, useful alarm clock features and affordability. It also won Best of CES 2019 in the connected home product category.

We appreciate that it doesn’t have a camera, which alleviates some privacy concerns, and you can toggle the microphone on or off via a switch on the back. That said, for some, the fact that the Smart Clock won’t play back videos or photos or make video calls may be a drawback.

Lenovo originally listed the Smart Clock for $80, but it’s been about a year since the device debuted, and at this point, the price tends to hover around $60. Best Buy offered the Smart Clock for $40 earlier this month, but that price doesn’t come around too often. So, if you’re looking for a smart display, this might not be the deal for you, but if you want a more high-tech alarm clock alternative that doubles as a smart speaker, this is one of the best deals you’ll find.