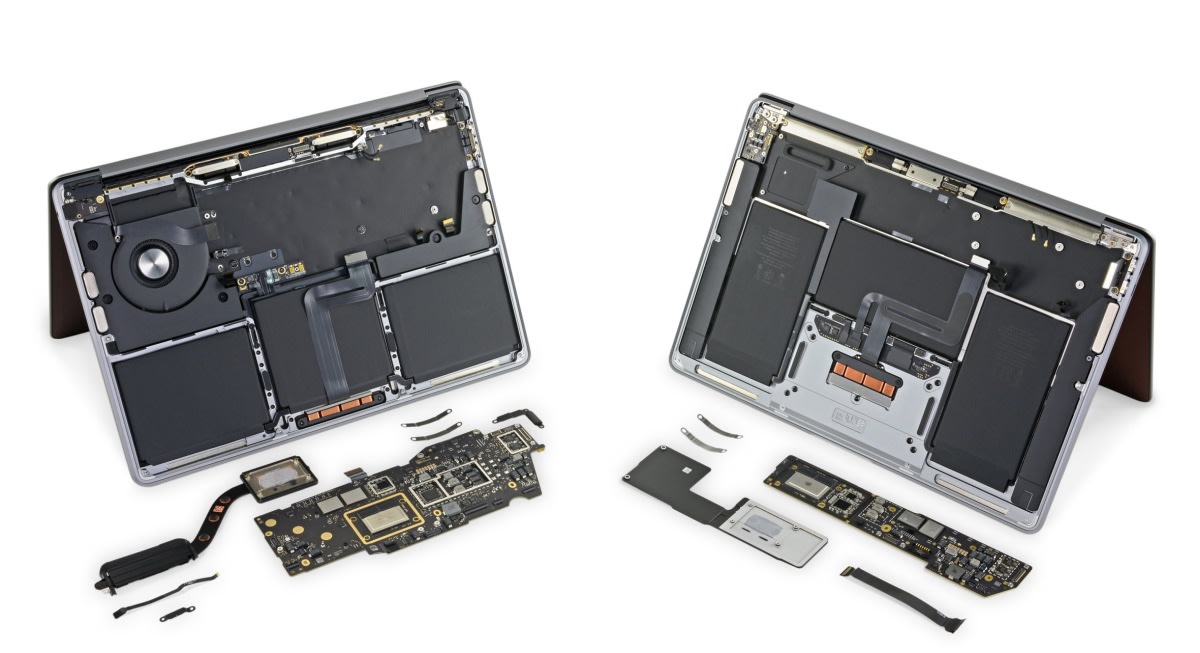 Now that Apple is putting its own Silicon inside new Macs, how much has changed from previous generations? While we can tell you what it’s like to use the new M1-powered MacBook Air, the folks at iFixit specialize in pulling them apart to see what’s inside. In the case of the just-released MacBook Air and MacBook Pro, it turns out that the answer is — not much.

As the explain, the 13-inch MacBook Pro is nearly identical to its Intel-powered predecessor, while the big change in the new MacBook Air is the notably-absent fan. On the MacBook Pro, it appears to have the same fan as the 2020 Intel revision, so any difference in noise comes down to the M1 hardware requiring less cooling under load. The T2 security chip is also gone, with Secure Enclave tech residing inside of Apple’s new PC CPU. Even on the M1 chip, iFixit points out that the SOC memory setup sports two built-on SK hynix LPDDR4X chips, similar to what’s inside of recent iPads.

We popped open the newest M1-powered MacBooks—Air, and Pro—and they’ve rewarded our curiosity in the most unintuitive way possible: https://t.co/p5H1RDGkYB pic.twitter.com/20QIFHGQql

Apple has a lot of experience designing its various laptops, and leaning on existing layouts may indicate a simple, reliable design that brings the level of quality we’ve come to expect without introducing a butterfly keyboard situation. Of course, these are just the first devices to arrive with custom Apple CPUs inside, we’ll see if bigger changes pop up as the product line expands and evolves.

In this article: Apple, iFixit, teardown, laptop, MacBook Air, MacBook Pro, M1, apple silicon, gear
All products recommended by Engadget are selected by our editorial team, independent of our parent company. Some of our stories include affiliate links. If you buy something through one of these links, we may earn an affiliate commission.