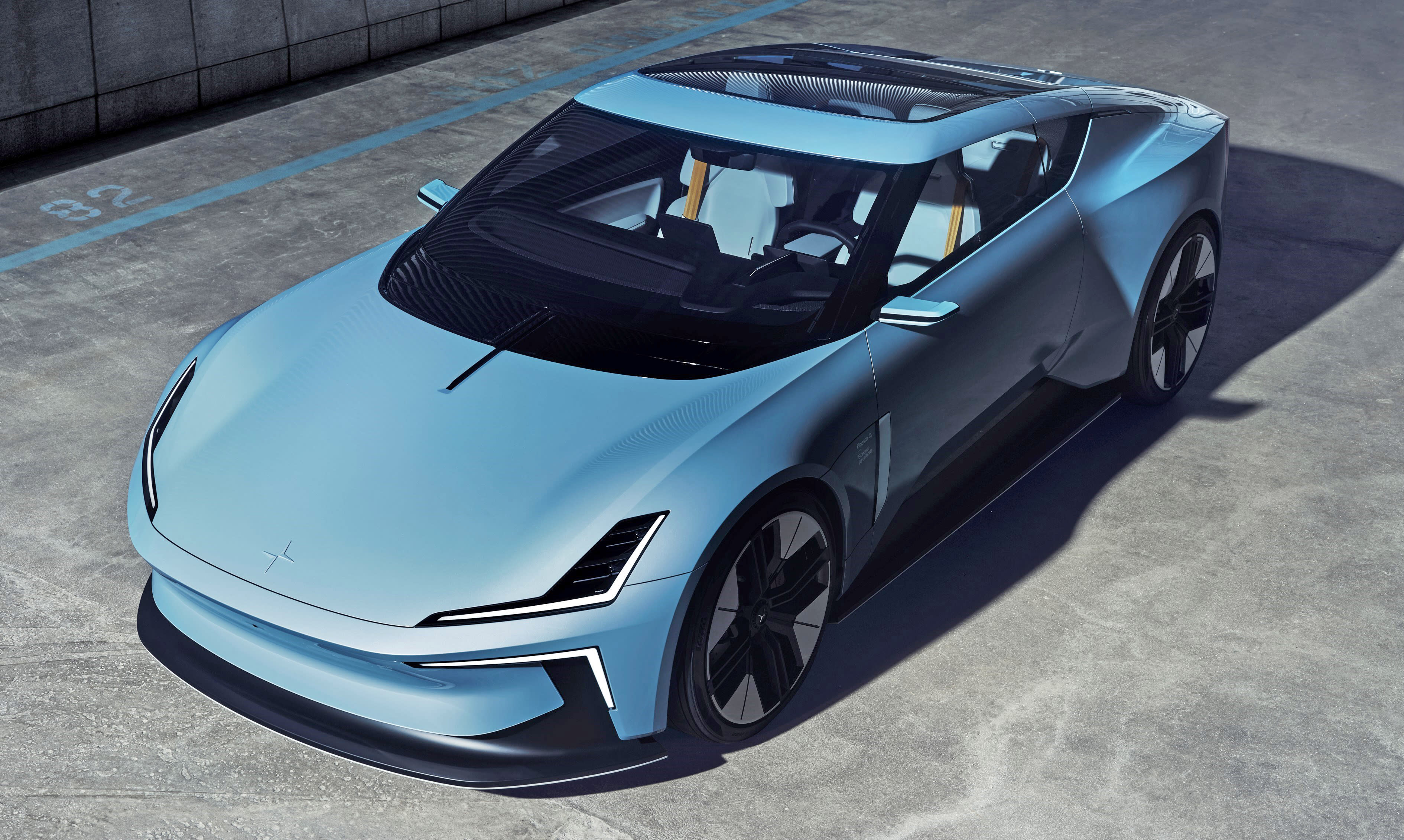 Polestar's second concept car is a convertible with an integrated drone

The 'O2' will be based on the same bonded aluminum platform as the Polestar 5.

With the Polestar 2 already in production, Polestars 3 and 4 on the horizon and the Precept concept slated to become the Polestar 5 in 2024, Polestar the company has just unveiled its latest electrified vehicle idea: the Polestar O2 convertible concept.

“Polestar O2 is our vision of a new era for sports cars," Polestar’s Head of Design, Maximilian Missoni, said in a Tuesday press statement. "By mixing the joy of open top driving with the purity of electric mobility, it unlocks a new mix of emotions in a car."

The O2 will reportedly be built upon the same "bespoke" bonded aluminum unibody platform that the company is using for the Polestar 5, and generally resemble the Precept concept design it is derived from which, according to Polestar PR, "shows how Polestar’s evolving design language can be adapted to different body styles with a strong family resemblance." That is, while the Polestar 5 will be a high-performance four-door grand touring vehicle, the O2 will offer a more compact, 2+2 sportscar feel, despite both being built on the same basic underpinnings.

Now, you might be wondering how a convertible EV would even work given that traditional convertibles are rather inefficient — their frames are thicker and heavier to offset the structural strength lost by cutting off the roof and their aerodynamics are a mess because, again, no roof — and that is an excellent question. The company doesn't yet have drag coefficient data to share, but it did assert that "disguised design features like integrated ducts that improve laminar air flow over the wheels and body sides, and rear lights that function as air blades to reduce turbulence behind the car," are being investigated to maximize the vehicle's range.

With a shorter wheelbase and only an afterthought of rear seats, the O2 offers a sportier, more aggressive stance than the Polestar 2. And those wheels! The exterior is a study of sharp lines with a low-slung cabin seated between angular fender flares and an acutely angled glass-top roof that retracts back into a broad trunk. It looks like if you mashed up a Ford F40 with a Porsche 718 Spyder and then flattened out all the curves. It looks like a roadster you'd see on the streets of Los Santos. I am a fan.

The interior sounds equally supple, featuring a "thermoplastic mono-material" throughout for the hard bits, paired with recycled polyester as "the sole material used for all the soft components." Because nothing beats the seat-squelching experience of sitting on polyester and plastic in full sun with the roof down.

Drivers will also be able to film their top-down adventures thanks to the O2's integrated cinematography drone. Developed in collaboration with Hoco Flow, this autonomous camera drone rides in an area of negative pressure generated from an airfoil deployed behind the rear seats. The drone can follow along at speeds up to 56 MPH and the captured footage can subsequently be edited and shared from the central infotainment system once the vehicle is parked. I mean, personally, I'd prefer an eATV or even an electric skateboard if automakers are going to bundle in secondary transports with their vehicle offerings, but sure, a camera drone will definitely remain cool and novel and useful after the first couple flights. I mean, just look at how well they turned out for the Renault KWID or the Lexus LF-30 Electric Concept.

Like the Precept, we won't likely see street legal O2 as it is now. Instead, Polestar plans to launch three new cars over the coming three years, "each of which has potential to gradually realize some of the ideas presented by these concept cars," so keep an eye out for low-flying drones.

All products recommended by Engadget are selected by our editorial team, independent of our parent company. Some of our stories include affiliate links. If you buy something through one of these links, we may earn an affiliate commission. All prices are correct at the time of publishing.
View All Comments
Polestar's second concept car is a convertible with an integrated drone