Sony is taking an Ikea-inspired approach to the next console generation.

The PlayStation 5 is huge. Standing at 15.4 inches tall and 10.2 inches deep, the PS5 looks less like a gaming console and more like a massive, old-school encyclopedia, but bound in bright white fondant and completed with a black display plate. To use a more relevant simile, the PS5 looks like a PC tower.

No matter whether you store it vertically or horizontally, this beast will stand out in a living room.

The PS5’s size may not be its most exciting feature, considering it has a 10.28-teraflop GPU and a custom 825GB SSD, but that’s basically all we’re allowed to talk about right now. Similar to Microsoft’s Xbox Series X previews, Sony has laid out coverage restrictions before the launch of the PS5 and the Digital Edition on November 12th. So, today we’re only going to discuss how the console looks with the power off, and how the new DualSense controller performs in one segment of one demo game.

First up, let’s look at how this monster will fit in most media centers.

The bulk of the beast

Not only is the PS5 physically imposing, but it’s heavy, too. With the display plate attached, the console weighs 10.2 pounds, according to my bathroom scale. The Series X, meanwhile, weighs 9.2 pounds on the same scale, which isn’t a huge difference. However, this is where the industrial design of each console really comes into play: The Series X is a solid box, 11.8 inches tall and about 6 inches wide on all sides, and its weight feels evenly distributed within that package. I’ve never worried about dropping the Series X while moving it between rooms.

The PS5, on the other hand, is difficult to handle. Its length naturally makes its weight unwieldy, and it feels like a bad idea to grab the console by those white fins, so picking it up always seems like a gamble. Luckily, the PS5 isn’t a mobile device. Once you figure out where the console will live in your house, you probably won’t have to move it around, making the weight a relative non-issue.

One thing that will definitely be an issue, or at least a consideration, is that display stand. The PS5 comes with a black plastic plate designed to hold the base of the console when it’s standing upright or to prop it up when it’s resting horizontally, disc drive down. It essentially makes the PS5 float. Considering the heft of the console, this extra support is welcome, and the display plate definitely makes everything feel more secure.

It’s also the most annoying aspect of the PS5 set-up process. When I saw the plate tucked into the box, my excitement for the new console dimmed, realizing I’d have to figure out some sort of accessory puzzle before actually booting everything up.

To attach the stand to the vertical base of the console, twist open the bottom of the plate to reveal a hidden screw. On the base of the PS5, remove the circular tab covering the screw hole, and pop it into the open slot on the bottom of the disc, next to the screw. Remove the screw, line up the holes on the plate and the console, and twist it all together using a coin, fingernail or tool. I found it easier to dangle the “butt” end of the console over the edge of my couch, so I could attach the plate with easier access. 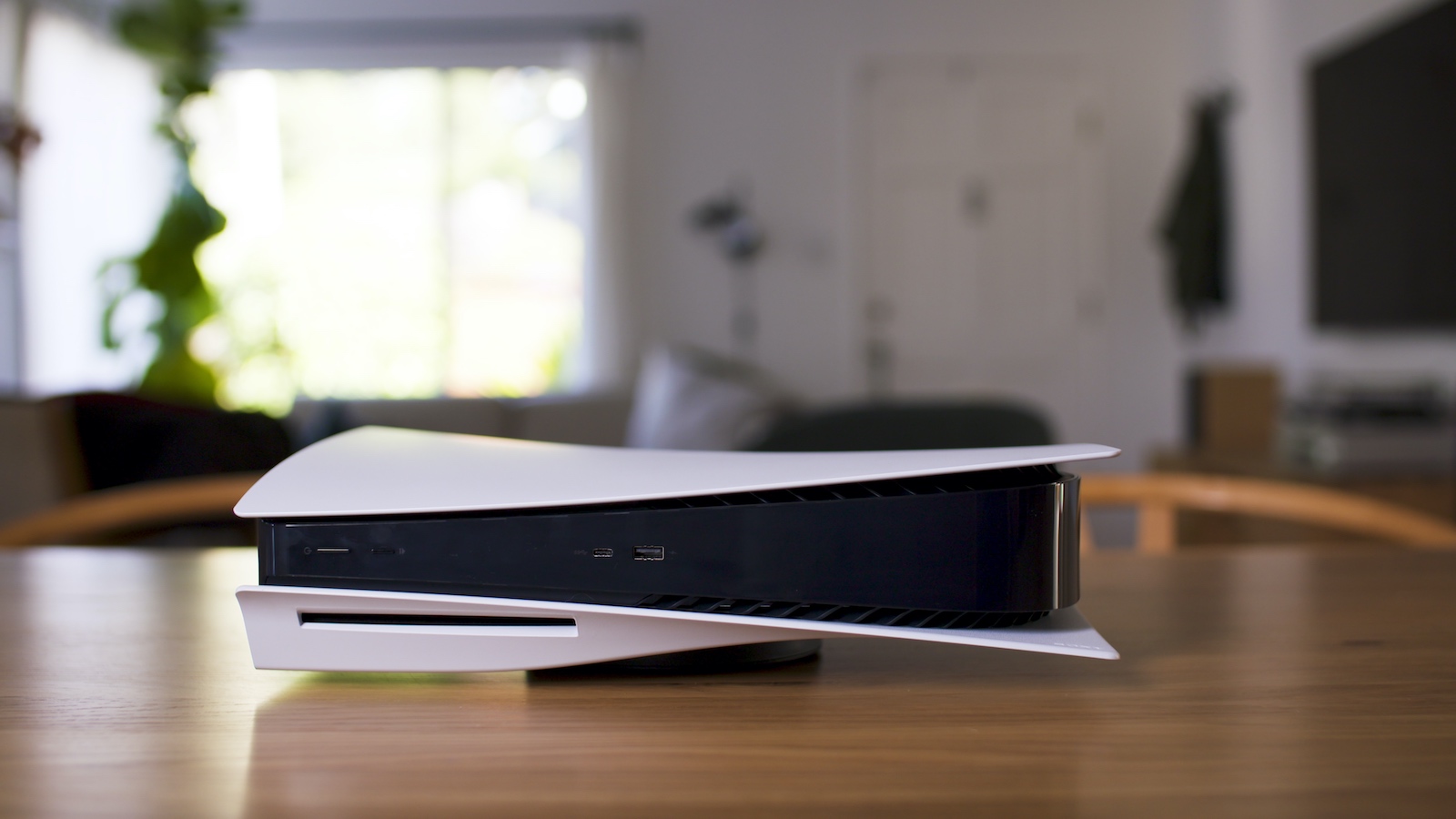 To store the PS5 horizontally, there are no screws required. With the bottom twisted closed, the plate simply clips onto the back edge of the console and holds tight.

With the support stand, Sony has given every PS5 player an Ikea-inspired chore, and it interrupts the new-console flow -- but that doesn’t mean the PS5 is a bust.

The new DualSense controller is a legitimate improvement over the existing DualShock series, with a solid body, slightly wider grip, microphone button and truly enjoyable trigger actions. It’s sturdier than a DualShock, and the clear face buttons look and feel high-quality. Plus, if you get really, really close to the back of the grips, you’ll see the texture there is composed of incredibly small squares, circles, triangles and Xs, the classic PlayStation symbols. It’s a cute touch. 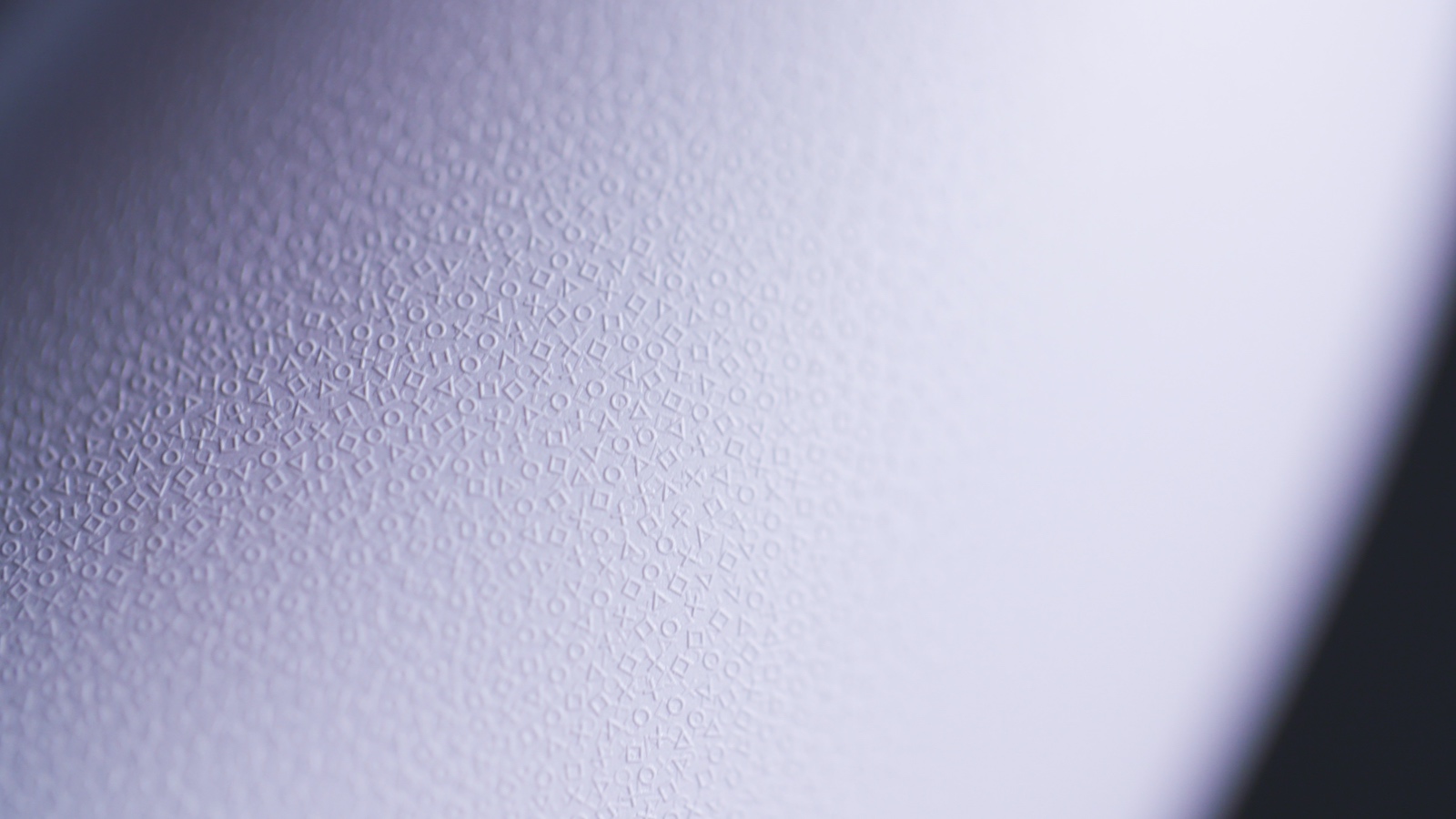 The R1 and L1 bumpers are wide and clicky, while the main R2 and L2 triggers have a substantial, smooth range of motion, and their tension can change on the fly, opening up an array of new gameplay possibilities. The gamepad has a microphone, a large touchpad and motion-sensing technology as well. Overall, the DualSense feels great both in the hand and in-game.

I played through the Cooling Springs level in Astro’s Playroom, a demo title showing off all the new tricks of the DualSense. As my little astronaut character wobbled around a busy beach, the controller barely stopped moving, vibrating and bouncing in response to most actions on the screen. There’s some serious haptic hardware in the DualSense, and if I listened closely, I could hear its gears churning over the cute sounds creeping out of the controller’s small speaker.

Hands-down, the adjustable trigger tension is the coolest aspect of the DualSense. By default, the R2 and L2 triggers are as easy to press as any other button, but developers can alter how much pressure it takes to pull each one down, increasing immersion and introducing new input methods to a gamepad staple.

In the Cooling Springs demo, my character jumped into a robot suit that moved by springing into the air in the direction of the controller’s tilt. During this section, the tension on the R2 and L2 triggers increased significantly, making me press extra hard to land the jumps. It was a pleasant, joyful surprise, and adjustable trigger tension remains one of my most-anticipated features of the PS5.

The PS5 looks like a collaboration between HR Giger and your local mom-and-pop bakery, with shiny black gills cocooned in supple-looking fins; hard and soft at the same time. After seeing it in my living room for the past few days, I’ve become more excited about the prospect of ordering custom, third-party faceplates to cover up its large white panels. All that white might look great in some entertainment centers, but it’s a bit much for mine.

Also, the PS5 is taller than my dog. I’m not sure what that says about the console -- or my taste in dogs -- but it seems worth a mention here, if only for an excuse to include photographic proof.

There’s plenty more to unpack when it comes to the PS5, and we’ll be testing this machine and sharing our impressions right up until launch day on November 12th. We’ll also have full reviews of the Xbox Series X and Series S near their release on November 10th, so stay tuned.

All products recommended by Engadget are selected by our editorial team, independent of our parent company. Some of our stories include affiliate links. If you buy something through one of these links, we may earn an affiliate commission. All prices are correct at the time of publishing.
View All Comments
PlayStation 5 first look: At home with Sony’s new console