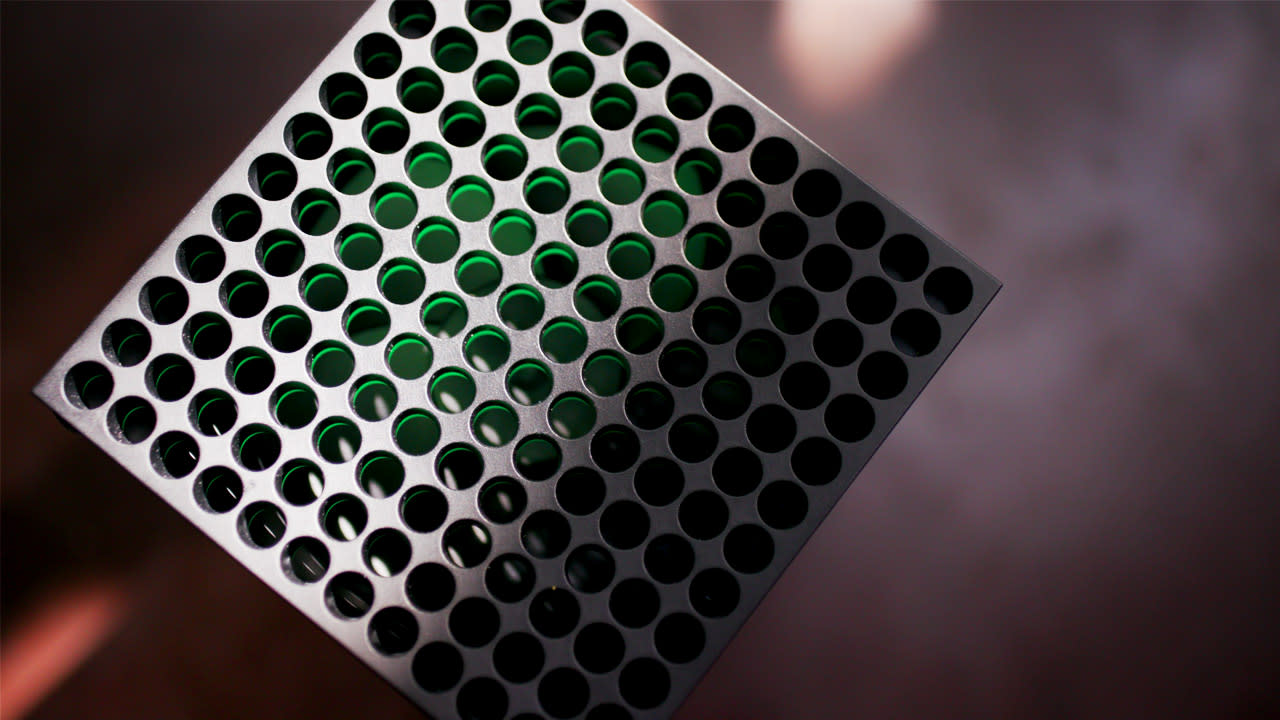 A closer look at Microsoft's vision of next-gen gaming.

In my house, the gaming console is the epicenter of the living room. It’s where we watch shows and movies, listen to music and podcasts, pull up recipe videos and, of course, play games. For a few years now, this workload has been handled by my PlayStation 4, but for the past few weeks, it’s been an Xbox Series X — which means there’s been a lot more yelling in my home.

This is our final preview of the Xbox Series X, where we can discuss everything the near-final console has to offer. We previously took a deep dive into Quick Resume, the performance of the backward compatible library and the industrial design of the console, but today it’s all about how the new box fits into daily life and what that HDMI 2.1 cable means for your TV.

Set up and scream

If you haven’t set up a new console since the beginning of the current generation, you’re in for a treat. After booting up for the first time, the Series X prompts you to complete the set-up process on the Xbox mobile app. If you already have the app installed, it takes just a few seconds to link your console to your account and move on. This is an incredible improvement over the traditional sign-in process, which usually involves a clunky on-screen keyboard. That’s still an option here, but setting up through the app is a much smoother experience.

Not only does Microsoft want to have a presence on every screen in your possession in order to keep you entrenched in the Xbox ecosystem, but the company is particularly invested in the mobile market, the fastest-growing segment in gaming. Sure, there are more than 200 million Xbox Ones, PS4s and Nintendo Switches in people’s homes today, but there are an estimated 3.2 billion smartphones in the wild. Mobile gaming is expected to account for nearly double the revenue of PC or console gaming in 2020, hitting an estimated $77.2 billion, according to Newzoo. Microsoft wants in on this market.

The Xbox app houses your Achievements, Activity Feed and other community features, but it’s also a shell to advertise the separate Game Pass app and xCloud — both of which are critical to Microsoft’s strategy in the next generation. Microsoft operates xCloud, one of the most viable game-streaming technologies on the market today, and it lives exclusively inside of the Xbox Game Pass app. Game Pass Ultimate is Microsoft’s subscription service, offering a library of more than 150 games for $15 a month, plus access to xCloud, which allows users to stream console titles on Android devices. Game Pass already has more than 15 million members and it’s a source of revenue growth for Microsoft overall. Either way, signing new Ultimate subscribers will be crucial at the dawn of a new console generation. The standard Xbox app is littered with links to join Game Pass, as is the Series X itself.

All right, back to the box.

After signing in and establishing whether your TV supports 4K, there’s a prompt to link the Series X with your home’s Amazon Alexa or Google Assistant network — and here’s where the screaming comes into play.

Like the mobile sign-in option, the voice assistant feature is already live in the Xbox One family of consoles, but I bet plenty of players don’t know about it or simply haven’t taken the time to enable it. With thousands of new Xboxes booting up after launch day on November 10th, that’s about to change.

I love yelling at my appliances. My ideal vision of the future involves me floating around on a pair of hoverboard roller skates, injecting caffeine directly into my nutrient port and constantly talking to my house. I currently have Google Assistant in my home, and I’ve been able to use a handful of commands to control the Xbox, including, “Hey, Google, turn on Xbox,” and “Hey, Google, play Don’t Starve on Xbox.” That second one works with any accessible game or app. Also, with Spotify playing in the background of a game, saying “Hey, Google, pause,” pauses the music without interrupting gameplay and without having to specify which app.

The voice assistant isn’t able to pull up specific YouTube channels or fast-forward through podcast ads on Spotify, but for general commands, it works brilliantly. This is pretty much the dream scenario that Microsoft envisioned with the Kinect at the launch of the Xbox One in 2013 — a voice-controlled console integrated into your home’s media ecosystem. That feature wasn’t enough to keep the Kinect alive, but after seven years of growth in the IoT market, voice commands are now a natural inclusion in a new console.

The Series X comes with an HDMI 2.1 cable in the box, and this enables some extra features on newer or gaming-specific TVs. HDMI 2.1 unlocks gaming at 4K 120Hz, which cuts the frame-transmission time from the console to the screen in half, and takes advantage of variable refresh rates on supported TVs. The Series X can also automatically set your TV to Game Mode, or low-latency mode, every time you load a game.

Microsoft loves labeling things on the Series X, and on top of achievements, it populates logos for Quick Resume and Game Pass titles, not to mention the HDR and Game Mode notifications your TV might have. Loading the right game at the right time can easily result in four notifications on the title screen alone. These aren’t obtrusive, but they make me want to say “Hey, Google, tell the Xbox to calm down.”

We covered Quick Resume and the backward compatible library in our first look, so I won’t linger on those here. However, I recently had the chance to play two unreleased games and see how they perform on Series X: Yakuza: Like a Dragon and Dirt 5. 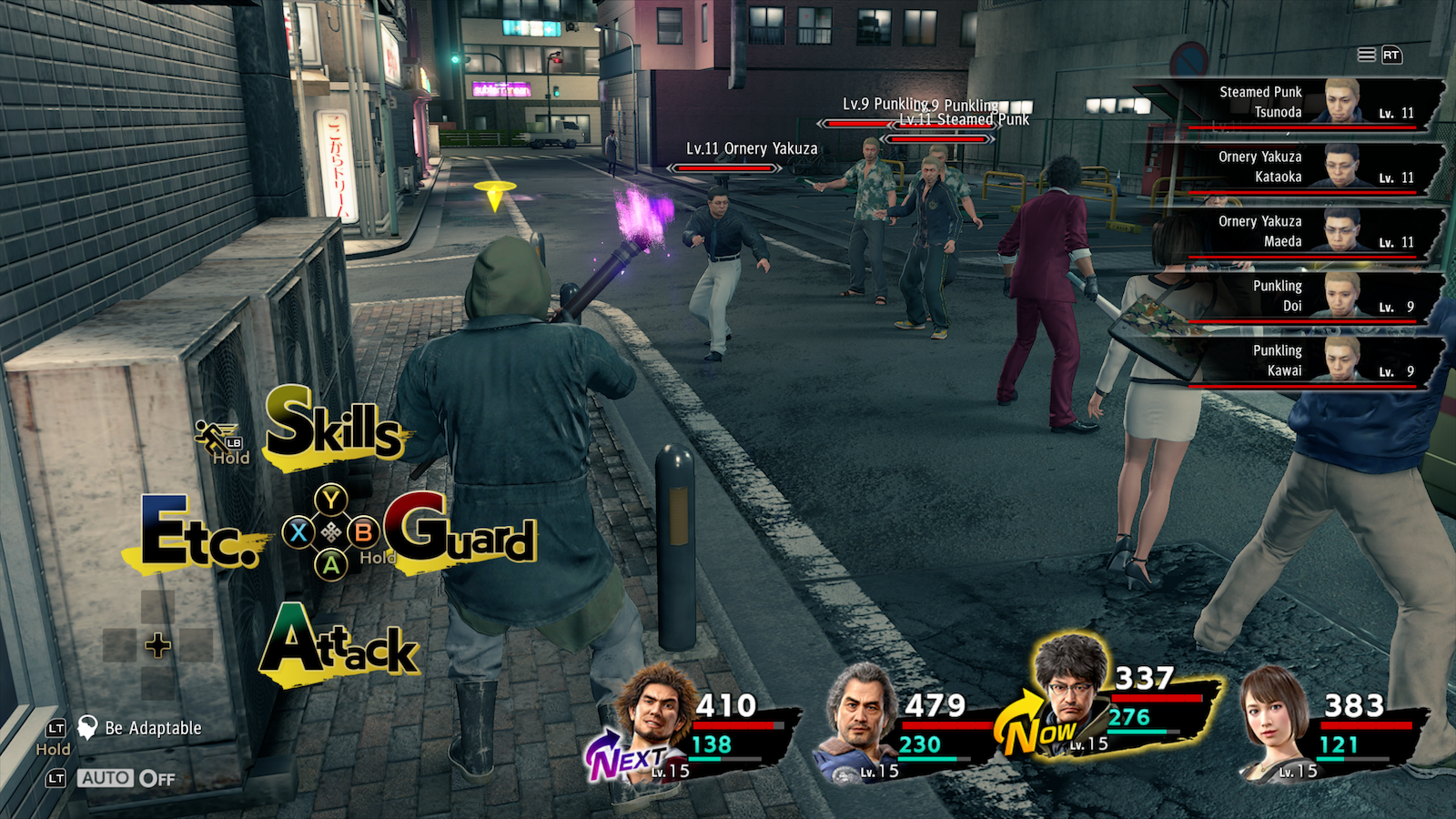 Like a Dragon will hit current-gen and next-gen consoles on November 10th, with Smart Delivery on Series X and the all-digital Series S. This means that even if a player buys the game on Xbox One, they’ll automatically receive the Series X or Series S version when they decide to play it on one of Microsoft’s new consoles. In terms of gameplay on Series X, Like a Dragon is crisp and speedy. Yakuza isn’t necessarily known for having long loading screens, but they’re essentially nonexistent in Like a Dragon.

Meanwhile, Dirt 5 runs at 120Hz on Series X, but that’s not gonna show up on my living room TV. Its HDR features do, though, and it’s a gorgeous game. Latency hasn’t been an issue for me on the Series X, and Dirt 5 responds immediately to any braking, boosting or turning I do.

The Series X arrives with 802GB of its 1TB SSD free for games and apps. Neither of the next-gen titles I played are particularly large: Like a Dragon takes up 36GB and Dirt 5 comes in at 65GB. Including backward compatible titles, I’ve accumulated 25 games and 21 apps on the Series X, and I still have 240GB of space left. 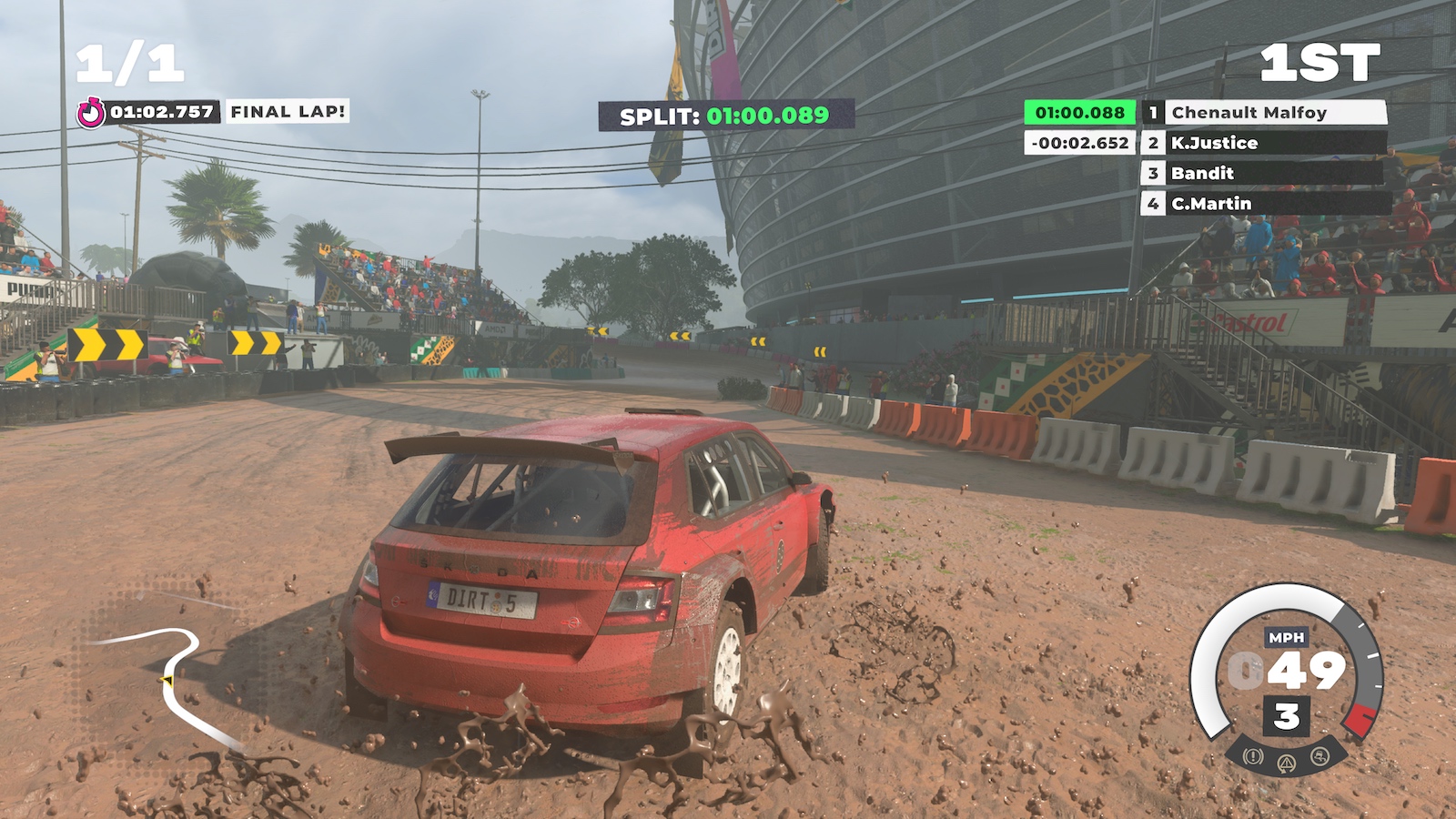 I haven’t had storage issues with the Series X, but these numbers don’t bode well for the Series S. Microsoft’s all-digital console costs $300 ($200 less than the Series X), and will ship with 512GB of onboard storage, some of which will be taken up by built-in programs. In three weeks, I’ve loaded my console with 562GB of games and apps, which is more than the Series S will be able to handle. Not to mention, next-gen titles are expected to hit sizes near 100GB, larger than anything I’ve downloaded so far.

Microsoft has a solution here, but it’s costly. The company is partnering with Seagate to sell a 1TB expansion card designed specifically for Series S and Series X, and it costs $220. That brings the price of a Series S to $520, or just a bit more than the Series X, which has a more powerful GPU, a 4K UHD Blu-ray drive and true 4K capabilities.

With all of that power under the hood, there’s been plenty of speculation about how loud and hot the new generation of consoles will be. I put the Series X through its paces in an attempt to make the fan kick up a gear, but so far, it’s remained blissfully silent. However, the top of the box gets warm enough to function as a mini space heater for your hands, so I’d avoid placing it directly under any shelving or fabric.

There was one thing relating to the Xbox Wireless Controller that I neglected to mention in our first preview: The texture on the grips is mirrored on the base of the triggers, adding a bit of tactile feedback to some of the most-used buttons on the gamepad. It’s very nice.

The Series X has been a natural addition to my living room. It does everything I need an entertainment and gaming device to do; it seamlessly connects to my existing in-home network and makes certain tasks easier than ever, like controlling Spotify from my console. Quick resume remains my favorite feature, especially as I’ve been flying through games and apps in the testing phase. Load times on games like Control, Doom Eternal, Resident Evil VII and Sunset Overdrive are so quick I barely have time to look at my phone between deaths or new levels any longer.

Overall, the Series X is fast. Even after three weeks, its new-toy sheen hasn’t dissipated, and I’m still surprised daily by how quick or slick the box is. That’s precisely what a new console generation should feel like — now I’m just excited to see what developers are going to do with it.

We’ll follow up with full reviews of the Xbox Series X and Series S, so stay tuned for more impressions before launch day on November 10th.