If you were thinking of moving across from consoles to PCs as we all transition to calling the PS5 and Xbox Series X current-gen, not next-gen, Razer would like your business. Its modular Tomahawk PC — revealed back in January — has arrived, based on Intel’s NUC design references.

The Tomahawk seems to be for both gamers and people who want to get started on building their own computers. (I think that’s me… ) 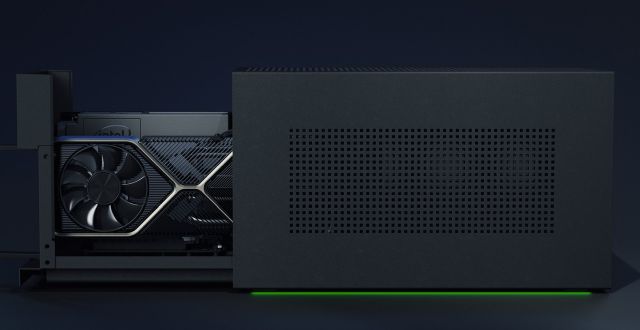 It’s now on sale at physical stores in the US and on Razer’s official website, but prices start at a wallet-scarring $2,400. It’s a lot for a desktop PC, regardless of the modular kudos. For that money, you get Intel’s NUC 9 Extreme Compute Element card, which contains a Core i9  processor, 16GB of DDR4 memory and a 512GB SSD. There’s a 2TB HDD to back up the SSD for all your game storage needs, too.

Several config options include NVIDIA’s GeForce RTX 3080 graphics, but because it’s modular, you can go for something more or less potent — and, yes, the price will creep up accordingly.

For better and for worse, this isn’t a blank canvas, like building your own PC from scratch — something I’m still petrified of doing despite having made several in my teens. Simplicity comes at a cost beyond just price. Like any modular PC, it’s limited by how much you can add and by the currently powerful NUC 9 Extreme, which forms the center of this PC. It sounds good in 2020, but how will it fare by 2022?

Available for streaming the same time they hit theaters.

The entire slate of Warner Bros. 2021 movies — that’s 17 if you’re counting — in the US will launch on HBO Max the same day they premiere in theaters. For no additional cost over the subscription fee, each flick will be available for one month, immediately, while many theaters are still closed due to the coronavirus pandemic.

“We’re living in unprecedented times which call for creative solutions, including this new initiative,” WarnerMedia Chair and CEO Ann Sarnoff said in a statement. This is the same strategy the studio is employing with the upcoming Wonder Woman 1984, scheduled for December 25th. Warner Bros. films scheduled for next year include: Space Jam: A New Legacy, The Suicide Squad, Dune and Matrix 4.
Continue reading. 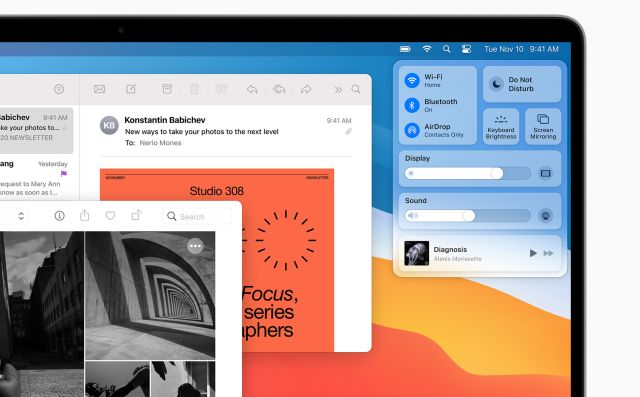 So what is it like to use Apple’s latest OS? If you’re using a Mac then it’s really only a question of when you’ll update your system to the latest version, but if you haven’t already made the leap then Nathan Ingraham can fill in the blanks. Take a moment to read through everything that’s changed, even as it adds up to something that “still feels unmistakably like a Mac — just with a fresh coat of paint.”
Continue reading.

Don't count on finding ZTE’s new phone in the US. 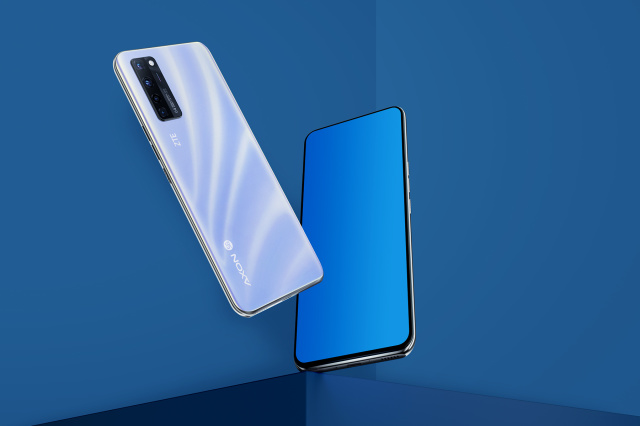 ZTE has announced that the Axon 20 5G will launch in 11 countries and regions on December 21st, including the UK, European Union, Japan and South Korea, though the company didn’t announce a price.

The centerpiece is an 6.92-inch FHD+ OLED screen (with a 90Hz refresh rate) that uses a combination of materials, display syncing and a “special matrix” to hide a 32-megapixel selfie camera — no cutout or pop-up camera needed.

That’s really the only notable feature here, with a mix of otherwise midrange specs. ZTE is still not particularly friendly with the US over alleged national security issues, so don’t expect to see the phone on sale. But future devices? Who knows.
Continue reading.

Some customers should get the new console before Christmas.

Instead of Sony’s new console, many Amazon UK customers opened their order to find random items, like pet food and foot massagers, with their console nowhere to be seen. The company is investigating the apparent theft of multiple (sold-out) PS5s, but some customers are hearing that they’re due to get a replacement console soon.

PushSquare managing director Anthony Dickens shared an email from Amazon telling him that the retailer was able to “secure” a replacement console for the one he didn’t get. The company says it’s “reaching out to every customer who’s had a problem and made us aware so we can offer them a replacement.”
Continue reading.

Google is shutting down Poly, its service for sharing 3D models