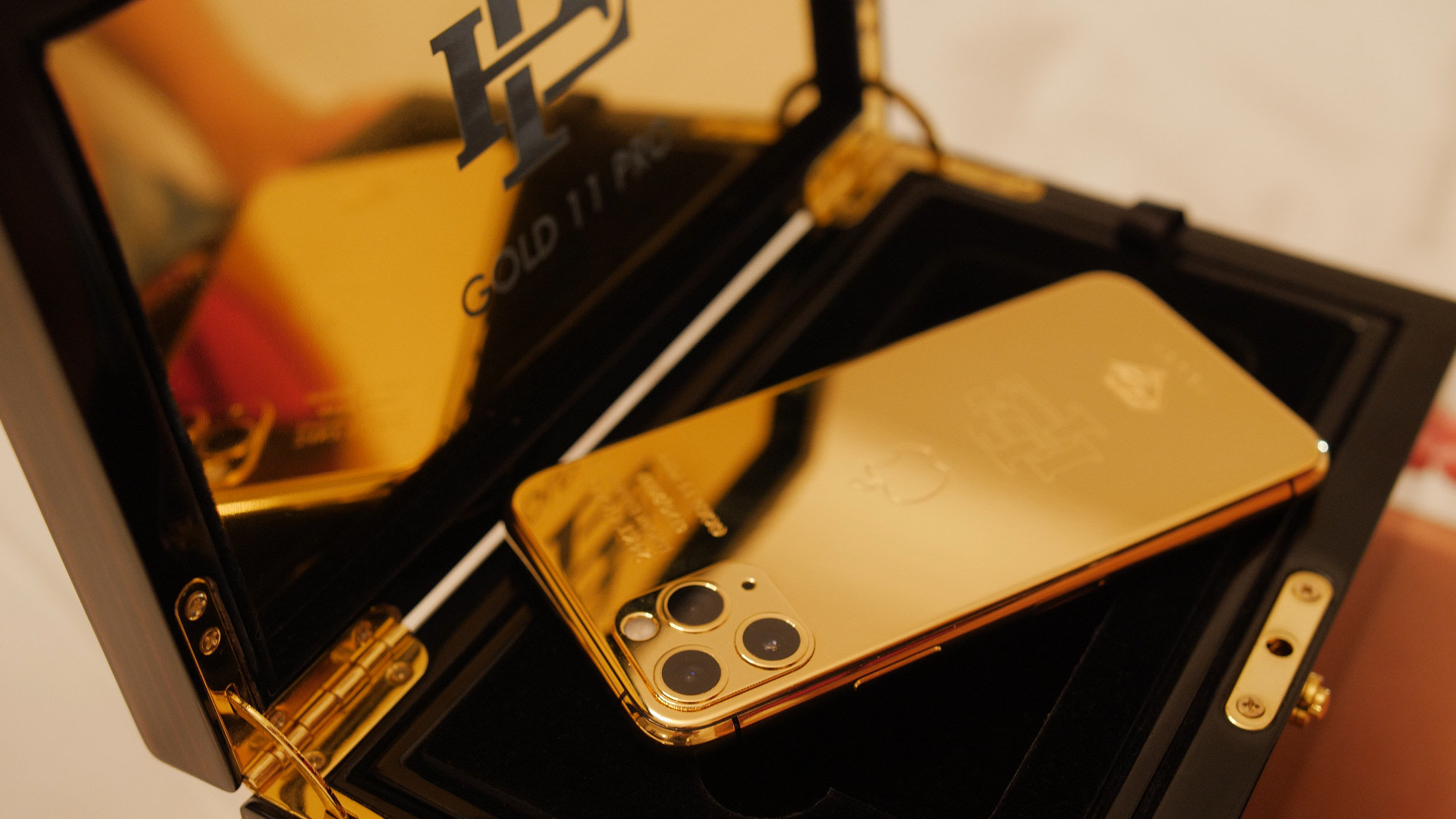 For months, we’ve been following the bizarre saga of Roberto Escobar (Pablo Escobar’s brother) trying to peddle Escobar-branded folding smartphones. At first, tech reviewers like Marques Brownlee pointed out that Escobar Inc was actually just repackaging the Samsung Galaxy Fold and that most orders were never delivered. Now Escobar Inc has a new offering -- refurbished iPhone 11 Pros for $499. The company is also coming clean about its intentions to make Robert Escobar “the overstock king-pin.”

In an announcement today, the company said it is selling a limited-run of “formerly damaged” iPhone 11 Pros with 256 GB. The phones have been repaired and “gold-plated.” Though if they’re anything like the Escobar Fold 2 (aka Galaxy Fold) that Brownlee got a hold of, that gold-plating is more like an aluminum foil sticker. Allegedly, the phones will ship with original Apple accessories, “such as the cable, charger and headphones.” Escobar Inc has engraved its logo on the back, and if the phone actually arrives, it will come in a “luxury wooden box.”

"This is my way of fighting Apple, I sell their phones at a lower price and mine are gold-plated with nice girls showing them off. Apple can never do that," Roberto Escobar said in a (lewd) statement — the company’s YouTube channel is full of women in lingerie holding and smashing smartphones. Apparently Escobar has also filed a lawsuit against Apple seeking $2.6 billion.

What it all really comes down to is this: “Our goal is to uphold Mr. Escobar's dreams of becoming the overstock king-pin and this is one step towards that direction," said Escobar Inc. CEO Olof Gustafsson.

Personally, that’s not a cause I want to donate $499 to -- and I do consider it a donation because it’s likely that only tech reviewers and influencers will ever receive the device. Though, some people may gamble for the chance to get the iPhone 11 Pro for $499 instead of its current retail price of $999.

In this article: pablo escobar, roberto escobar, escobar inc, olof gustaffson, iPhone 11 Pro, refurbished, gold, scam, iphone, apple, smartphones, news, gear
All products recommended by Engadget are selected by our editorial team, independent of our parent company. Some of our stories include affiliate links. If you buy something through one of these links, we may earn an affiliate commission.