2019 wasn't the year of foldables we were promised

Smartphone-makers would do well to keep these lessons in mind.

We weren't far into this year when the trend pieces arrived. "2019 is going to be the year of the bendy phone," one read. Another declared that "2019 is shaping up to be the year of the foldable smartphone," or, at least it did before someone quietly edited it within a few hours. Hell, I'm probably guilty of this too. In our defense, that was because for a while there, it really did seem like this was the year foldable phones would become devices worth splurging on.

Yeah, about that: oops. While it's true that 2019 saw the release of a few foldable smartphones, those launches weren't the triumphs some of us expected at the beginning of the year. One of them hardly made a splash at all. Another was marred by dismal early reviews. Others saw significant delays, due partly to -- what else? -- that disastrous review process. Considering the time and resources companies have poured into these first-generation devices, it's probably safe to assume their work on foldables won't slow down any time soon.

Still, now that they have the luxury of looking back at 2019, every startup and corporate titan trying to nail foldables should learn from the devices that fell short early on. To help, we've taken a look at this year in foldable phones and sussed out some of the important lessons these companies -- and plenty of others -- should bear in mind. After all, the foldable age is still young, and there's plenty of work left to do. 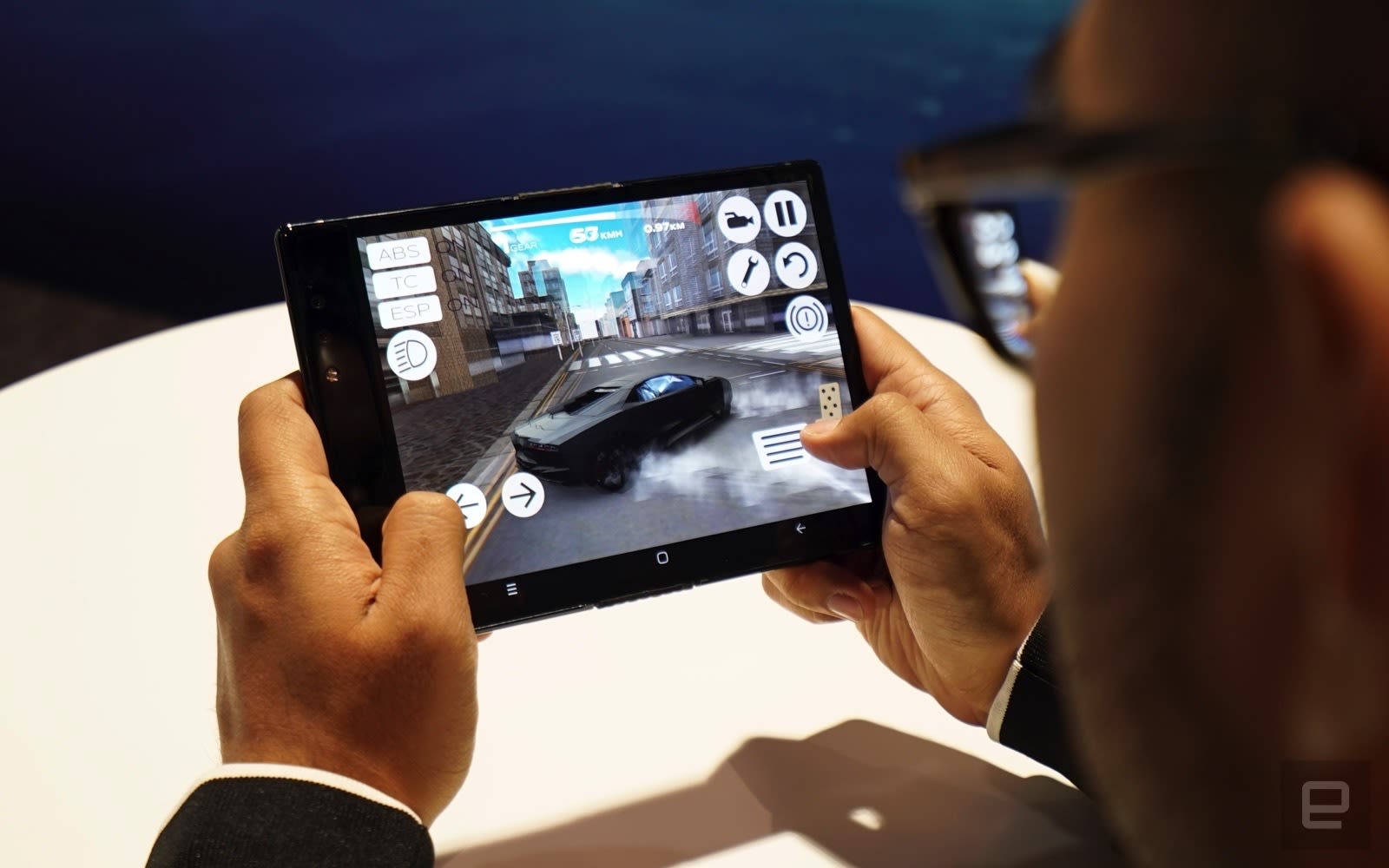 A few weeks before CES 2019 began, a curious email landed in my inbox posing a curious question: Would we like to see the world's first commercially available foldable smartphone? Why yes. Yes, we would.

That phone wound up being the Flexpai, the brainchild of a largely unknown Chinese display manufacturer called Royole. The Flexpai was meant to be the company's coming-out party, CEO Bill Liu told me on the CES show floor, one day before it was packed to the brim with journalists and curious onlookers. Royole had been making displays for years and had been trying to figure out new ways to squeeze its line of flexible OLED panels into more gadgets. Building a smartphone is no small undertaking, especially for a group of people who have never tried before, but Liu insisted that once his company started producing smartphones, it had no intention of stopping.

Fast forward 12 months and Royole doesn't seem to have done a whole lot. No one has really talked about the Flexpai since last CES, and while the company will attend this year's show, it's been pretty quiet so far about its plans. Executives also wouldn't confirm how many devices it's sold in China or abroad, which I suppose makes sense. The market for a foldable phone is niche enough as it is; the market for a foldable phone from a company with no track record in smartphone design has to be even smaller. And let's not forget that the Flexpai itself was... janky, shall we say. It worked, sure, but it was lacking in charm and its odd dimensions meant that even if people did buy one, squeezing a FlexPai into their pockets would be close to impossible.

With all that said, Royole still appears to be churning out these phones. Need proof? Just look at this foldable phone, currently being hawked by Pablo Escobar's brother. It's a Flexpai with a bad paint job and a surprisingly reasonable price. Kudos to Royole for landing a customer, I guess, but the momentum the company seemed to have going into 2019 has all but disappeared.

The moral: Being first is much less important than being good. 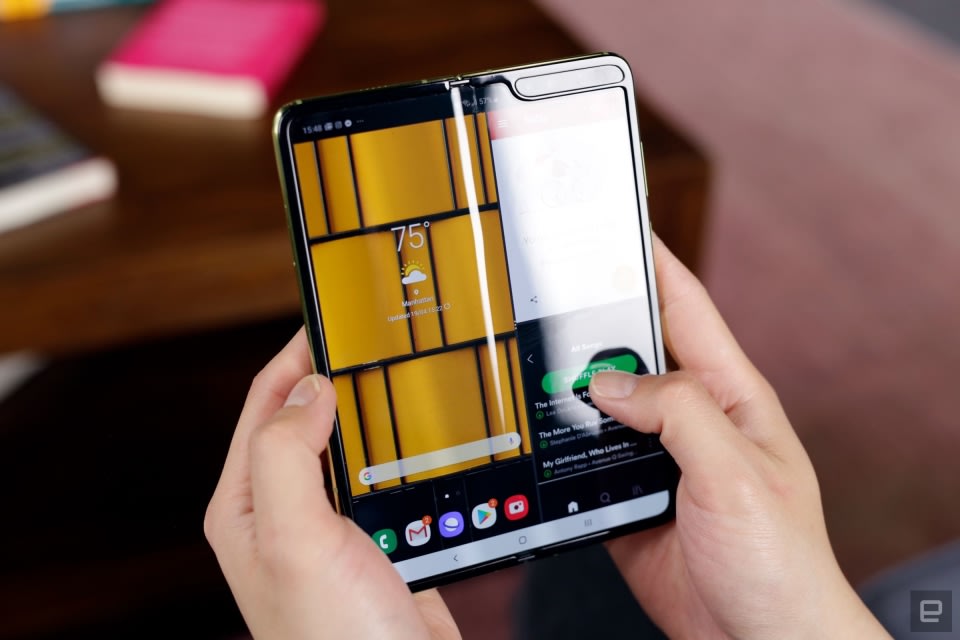 Samsung technically revealed its first foldable phone back at its 2018 developer conference, but the Galaxy Fold didn't become the Galaxy Fold until a launch event in February. It should've been the phone to officially start the year's foldable craze in earnest, and it did, sort of. That is, until Folds started making their way to reviewers, and the faults in Samsung's judgment became all too clear.

There's a decent chance you remember all of this happening in real time. Screens on Fold review units were breaking at what seemed like an alarming rate, particularly because some early reviewers tried to peel off a protective layer of plastic that looked like a screen protector. We couldn't blame them, either: Some phones ship with screen protectors already placed on the device, and there was nothing on those early units that said ripping off the plastic was a bad idea.

The Fold's faults weren't just because Samsung overestimated its users either. That large flexible screen had a concerning amount of "give" when pressed, and there were noticeable gaps along the phone's hinge and above and below the internal display. The Galaxy Fold didn't just suffer because of Samsung's lack of foresight; it was fundamentally fragile.

Samsung quickly recalled those units, which we were told were among the first unlocked European units to roll off production lines. A few months of redesigning and re-engineering later, Samsung returned with the final, somewhat less vulnerable version of the Fold, and it's been on sale ever since. I say "somewhat" because even now, the Fold still requires more careful handling than other devices we've tested this year -- after a few weeks of use, for example, I spotted a cluster of dead pixels that appeared out of the blue. That hasn't stopped people from embracing the Fold, though: Samsung president Young Sohn said at TechCrunch Disrupt Berlin in December that the company apparently sold 1 million of them. Even so, Samsung could've saved itself a lot of trouble had it kept one thing in mind.

The moral: Foldables are a new concept to most people. Don't make assumptions about what they do or don't already know.

Huawei's Mate X made its debut at Mobile World Congress back in February, and its ingenious design meant it immediately became the talk of the show. Unlike the Galaxy Fold, the Mate X uses a single, high-resolution display that curves around the outside of the phone's body. When closed, you can use one half of the screen just like you would a standard, large smartphone screen; when opened, the Mate X transforms into a tiny tablet. More importantly, it's sleek and striking in a way the Galaxy Fold simply wasn't.

After Samsung's Fold woes became public, however, Huawei quietly delayed the Mate X's launch, presumably to conduct further testing. It was just last month that the Mate X finally went on sale in Huawei's native China and nowhere else. Even now that it's out in the world, there's a surprising lack of in-depth reviews available, at least to English-speaking readers. That's surely a bummer for anyone wondering how good it is at 5G or how fragile that single outward-facing screen is, but Huawei's tightly controlled launch is a pretty savvy strategy.

Not only did this approach let Huawei carefully gauge user sentiment and feedback in drips and drabs; it also helped drive hype levels to newfound heights. GizmoChina reports that Vmall, the exclusive Mate X retailer in China, has sold through its limited allotments of the device three times. As a result, some people have been shelling out nearly $7,000 for a phone that only regularly costs about $2,400. The unfortunate flip side to all of this is the fact that the Mate X may well struggle to find its footing outside of China. Huawei has already confirmed that the Mate X won't be sold in the US because of President Trump's hard line toward the company, while allies like the UK are considering backing the US's stance to protect key intelligence-sharing agreements.

The moral: Whenever possible, don't f*** with the government. 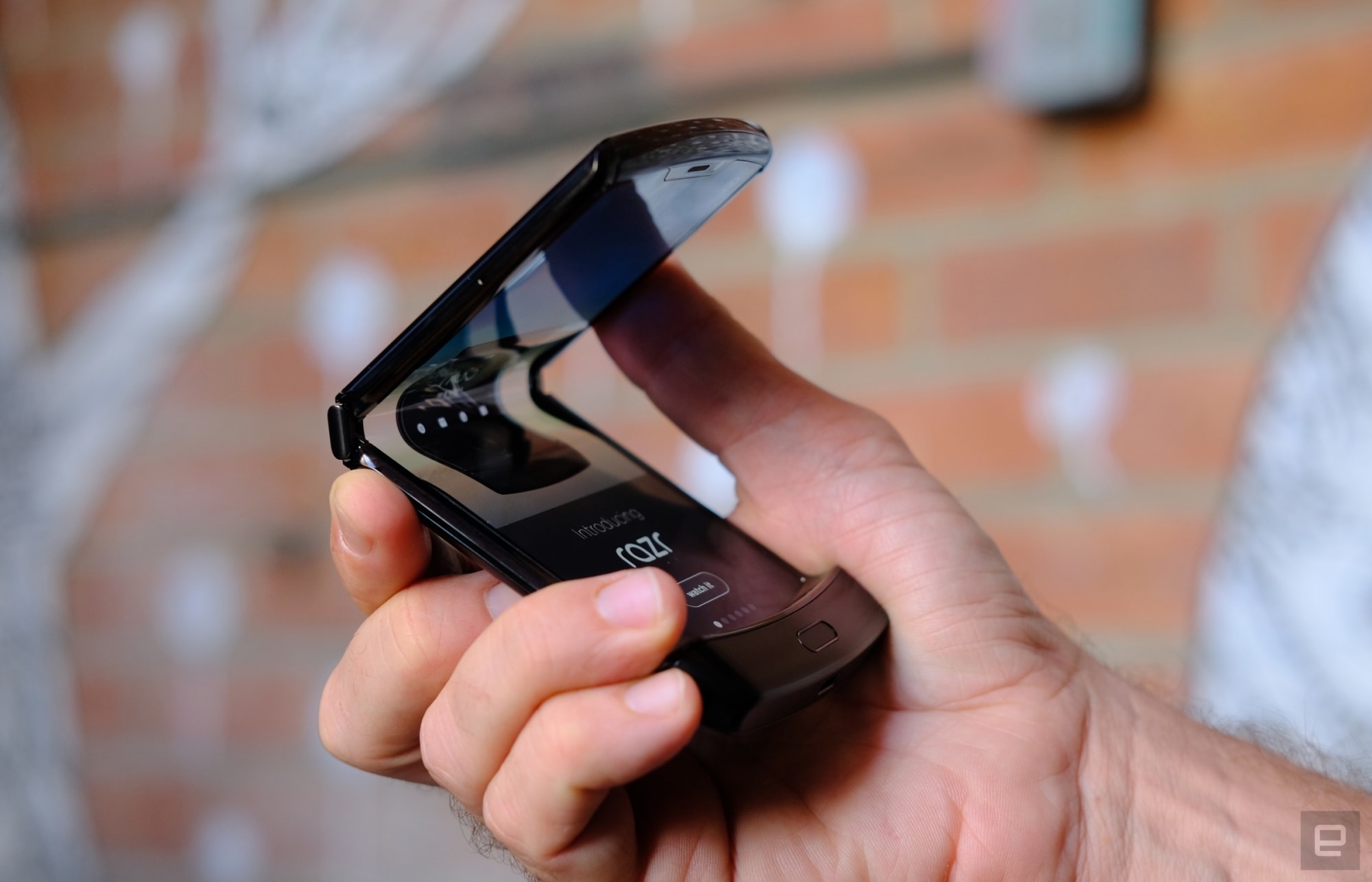 Neither Motorola nor Lenovo have ever officially confirmed this to me, but I have evidence (which I can't reveal without screwing my sources) suggesting the new Razr's debut was drastically delayed. As far as I can tell, Motorola originally planned to show the phone off to the press back in the spring, right after Mobile World Congress, and then ship the phone sometime in the summer. That obviously didn't happen.

Ultimately though, does it matter? Sure, it would've been nice for Motorola to beat everyone else to market with a retro-inspired foldable phone, but as we've already discussed, being first doesn't mean being best. Instead, Motorola seemed to take extra time making sure its first foldable -- which works unlike any other we've seen so far -- performs as well as it should. Despite some concerns about its battery life, I'm pretty bullish on this thing after about two hours of hands-on time.

Beyond that, though, people seem fascinated by the Razr precisely because it's not like every other foldable we've seen this year. It draws upon Motorola's mobile heritage, and for my money, the Razr's design makes more sense for most people than a chunky phone that unfolds into a small tablet. Maybe that's why our hands-on is the most-viewed video we've ever published on YouTube (that doesn't involve sex robots, anyway). We're effectively in year one of the foldable age, and so far, no company has yet figured out exactly what kinds of foldable phones people want, to say nothing of what people want to use them for. If there were ever a time to try something markedly different from everyone else, this is probably it.

The moral: Different kinds of foldables will draw different audiences. The time to experiment is now.

All products recommended by Engadget are selected by our editorial team, independent of our parent company. Some of our stories include affiliate links. If you buy something through one of these links, we may earn an affiliate commission. All prices are correct at the time of publishing.
View All Comments
2019 wasn't the year of foldables we were promised