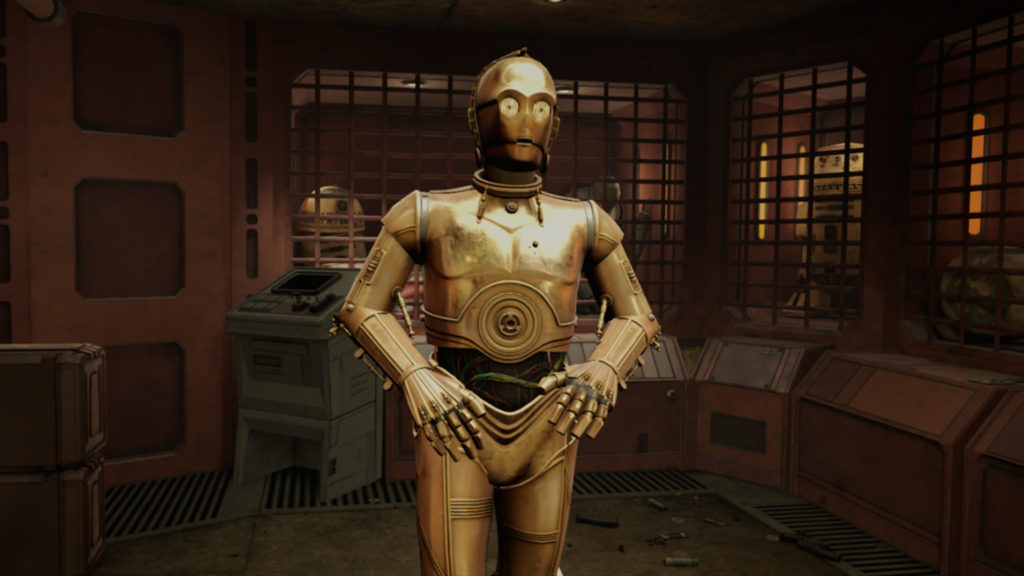 Star Wars: Tales from the Galaxy's Edge, the upcoming VR spin-off of Disney's popular Star Wars-themed attraction, will feature a familiar voice. When the game arrives on Oculus Quest later this year, Anthony Daniels will reprise his role as C-3PO.

Despite ILMxLAB sharing a new trailer for Tales from the Galaxy's Edge, we still don't know much about the title. Unlike Vader Immortal, the studio says the story of Tales from the Galaxy's Edge will "continue to evolve over time," suggesting it could be something akin to a live service game like Destiny 2. What we do know is that you'll play as a droid repair technician who crash lands on Bantuu, home of the Black Spire Outpost, after pirates attack their ship. At one point in your adventure, you'll come face-to-face with Yoda (seemingly not voiced by Frank Oz).

Whatever the case, you'll get the chance to play Star Wars: Tales from the Galaxy's Edge on your Oculus Quest this holiday season. That's not all Oculus Quest owners have to look forward to later this year. In December, classic 1993 adventure game Myst is coming to the platform as well.

In this article: ILMxLAB, Tales from the Galaxy's Edge, Disney, star wars, Lucasfilm, news, gaming
All products recommended by Engadget are selected by our editorial team, independent of our parent company. Some of our stories include affiliate links. If you buy something through one of these links, we may earn an affiliate commission.