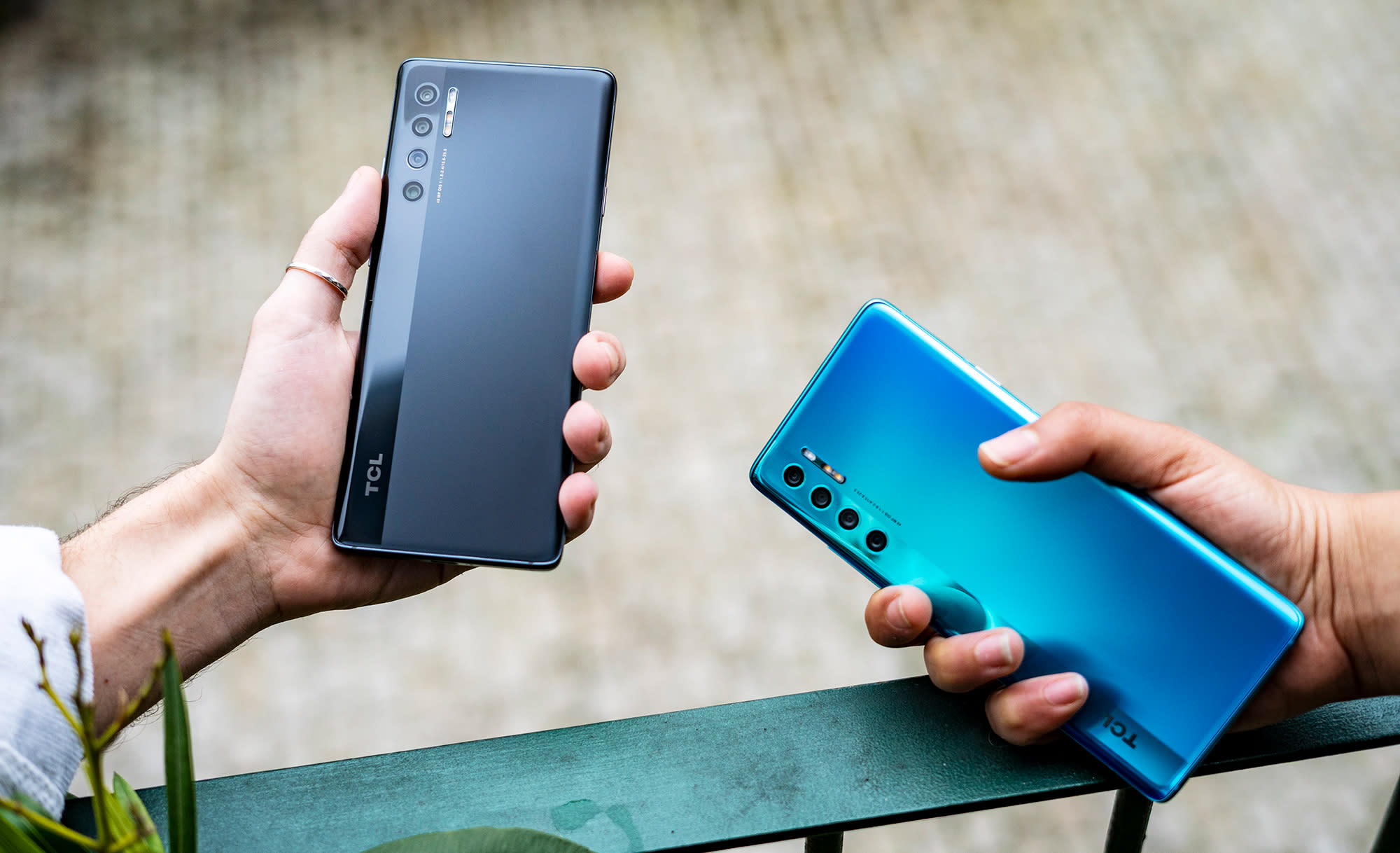 The cheap phone announcements have been coming hard and fast this month: first, there was Samsung’s slew of Galaxy A devices, then HMD’s revamped line of Nokia phones, and now TCL is expanding its line of 20-series smartphones with a few new models.

The most premium of the bunch is the €549 TCL 20 Pro 5G (above), which features a Snapdragon 750G chipset with 6GB of RAM and 256GB of onboard storage. As you might expect from a company best known for its TVs, TCL paid particularly close attention to the 20 Pro 5G’s 6.67-inch, 20:9 curved AMOLED display. In addition to building the panel in-house, TCL’s built out its suite of NXTVISION display enhancements to include better color accuracy, more natural on-screen flesh tones, and an AI-powered feature that analyzes what’s happening on the display and adjusts brightness, color, and contrast to suit the action.

For better or worse, TCL’s approach to cameras hasn’t changed much since the last time it shipped new smartphones. The 20 Pro 5G uses the same 48-megapixel Sony IMX582 sensor found in the TCL 10 Plus, along with a 16-megapixel ultra-wide camera, a 5-megapixel macro shooter, and a 2-megapixel sensor dedicated to collecting depth information. Rounding out the package is a 32-megapixel front camera, a Super Bluetooth feature that can push audio to up to four devices at once, and a 4,500mAh battery that TCL says should keep the 20 Pro 5G running for a full day.

The 20 Pro 5G is joined by the €269 20L+ — a truly nonsensical name if we’ve ever heard one — that packs a respectable set of cameras. The 8-megapixel ultra-wide and 2-megapixel macro may sit a notch beneath the ones found in this phone’s more expensive counterpart, but the 20L+’s main camera uses a 64-megapixel sensor that should capture at least a little more detail than what you’d get out of the 20 Pro 5G. And that’s not the only thing the 20L+ has that its pricier counterpart doesn’t.

From what we can tell, the 20L+ uses a similar 6.67-inch AMOLED display as the Pro model, but with a twist — TCL says this is its first phone with a circular polarized screen, which means colors should look natural even when you’re wearing sunglasses. And while the Snapdragon 662 chipset (paired here with 6GB of RAM and 256GB of storage) can’t outgun the 20 Pro 5G’s more powerful silicon, the 20L+’s 5,000mAh battery should give it a few extra hours of runtime. Expect this model to go on sale in Europe tomorrow as well, though we’ve heard a modified version of this phone will eventually make its way to the US later this year.

Rounding out TCL’s series of new phones is the 20L, a slightly more modest version of the 20L+. It uses the same screen (including that neat polarizing tech), same cameras, same battery, and same Snapdragon 662 chipset. The only differences of note boil down to RAM and storage: the motor basic, €229 version of the 20L comes with 4GB of RAM and 128GB of eMCP storage, but a slightly speedier variant packs 6GB of RAM and 128GB of faster UFS storage.

The competition in the more modest slices of the smartphone market is plenty fierce already, and we’ll have to wait and see if TCL can build on the momentum it developed going into 2021. If you’re starting to feel like a TCL smartphone might be the right choice for you, we’d advise you to keep two things in mind. First: stay tuned for our full reviews. And second? All three of these new devices go on sale in the UK, Italy, and Portugal tomorrow, with world tours to follow in the coming weeks.