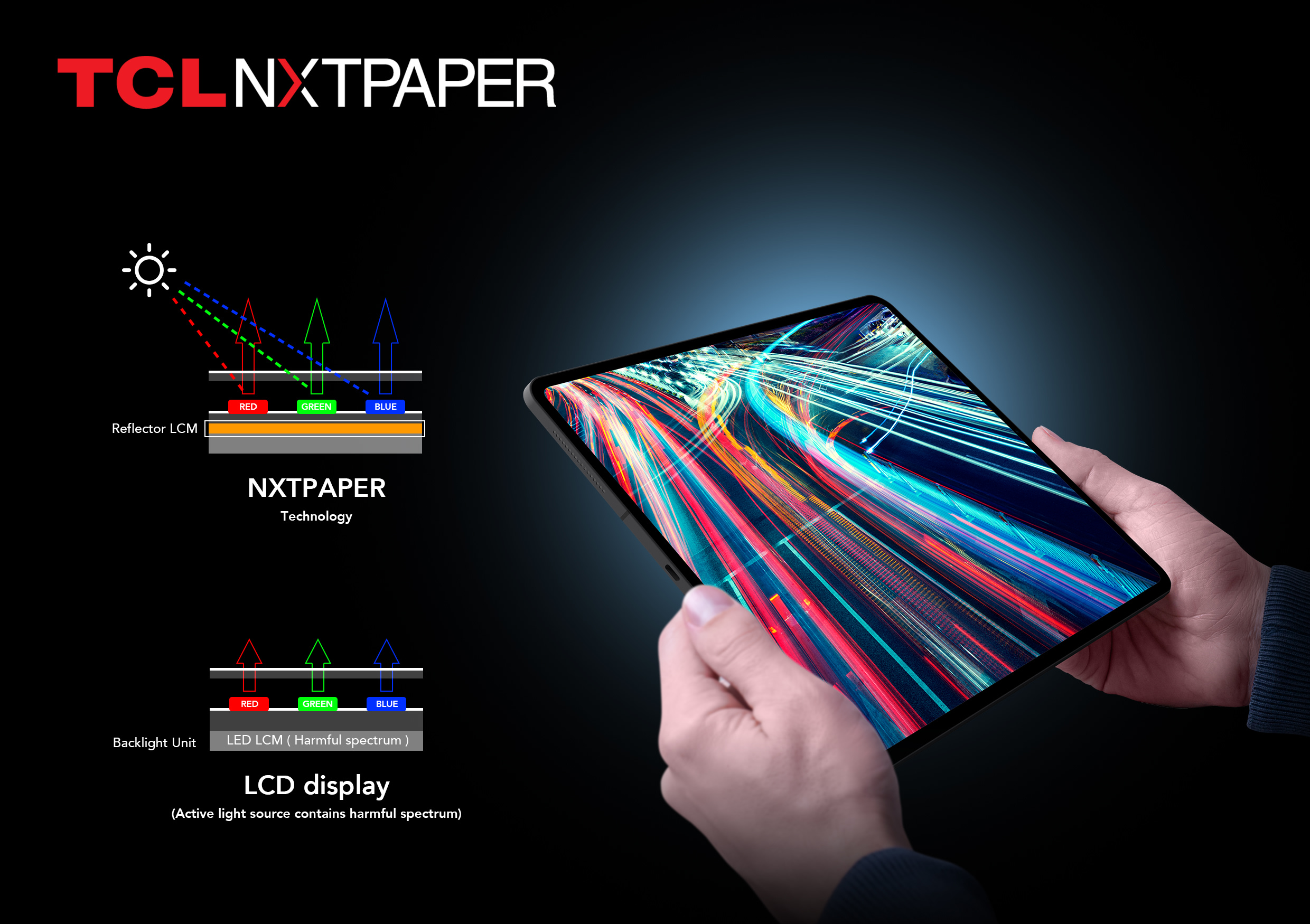 TCL has made a name for itself with its affordable TV sets and phones, but the company wants to prove it can also innovate and make new technology. It’s announcing something called NXTPAPER today — a new type of display that’s meant to offer better eye protection by reducing flicker, blue light and light output. The company said the effect is similar to E Ink, calling it a “combination of screen and paper.” TCL also said it has received eye protection certifications from the German Rhine laboratory, and has 11 different patents for eye protection.

Don’t expect to see NXTPAPER appear on a smartphone, though. TCL said it’s meant for larger devices like tablets or e-readers. The new screen tech will support Full HD definition and allow for smooth video playback on a paper-like experience. Compared to E Ink, TCL said its version will offer 25 percent higher contrast. It uses a “highly reflective screen” to “reuse natural light,” doing away with backlighting in the process. TCL said NXTPAPER will be 36 percent thinner than typical LCD while offering higher contrast. Because it doesn’t require its own lights, the company said the new screen tech is also 65 percent more power efficient. This way, devices won’t need large unwieldy batteries for prolonged use.

Typically, E Ink devices refresh at very slow rates, making it difficult to enjoy videos or animations on them. If TCL’s NXTPAPER does support smooth video playback at a respectable frame rate, it would be noteworthy. But besides a render provided by the company, we have yet to see any demo of the tech that would show that one way or another.

While there is no word yet on availability, TCL said we can expect the display tech to show up in an actual product “in the near future.” That’s pretty vague as it could mean by the end of this year or next. We still don’t know exactly how it will look or fare against other screens, but it’s at least interesting to see TCL flex its display prowess instead of simply playing catch up.

In this article: tcl, display, nxtpaper, tcl nxtpaper, e-ink, ifa2020, news, gear
All products recommended by Engadget are selected by our editorial team, independent of our parent company. Some of our stories include affiliate links. If you buy something through one of these links, we may earn an affiliate commission.