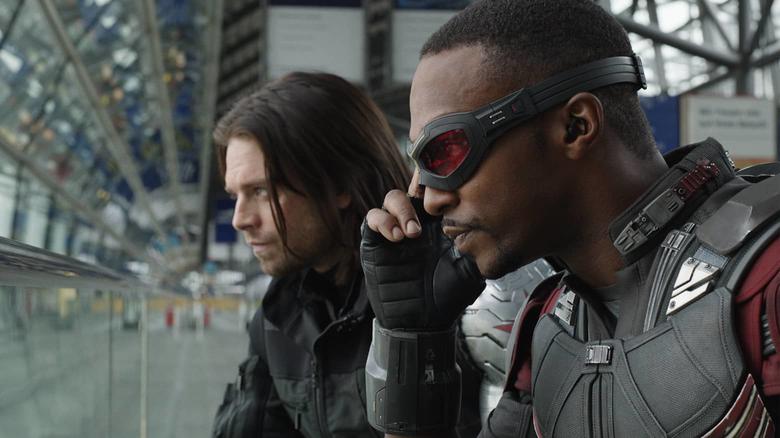 Disney+ series The Falcon and the Winter Soldier won’t start streaming next month as originally planned. Filming was put on hold in March amid the breakout of the COVID-19 pandemic.

When Disney released a list of what’s coming to the streaming platform next month, The Falcon and the Winter Soldier was a notable absentee. EW confirmed with a source that the premiere had been pushed back, though a new release date has yet to be announced.

The delay isn’t exactly surprising in the current climate. However, The Falcon and the Winter Soldier is a tentpole series for Disney+. It’s the platform’s first original show that’s connected to the Marvel Cinematic Universe, with the likes of WandaVision, Loki, Hawkeye and Ms. Marvel also on the docket.

Those shows will play a key part in phase four of the MCU. If you watch the movies alone, you’ll miss out on some of the context that the shows provide. However, the release timing for all of Marvel’s upcoming shows and movies is up in the air right now.

In this article: the falcon and the winter soldier, thefalconandthewintersoldier, mcu, marvel, marvel studios, marvelstudios, marvel cinematic universe, marvelcinematicuniverse, disney, disney plus, disneyplus, covid-19, coronavirus, streaming, news, entertainment
All products recommended by Engadget are selected by our editorial team, independent of our parent company. Some of our stories include affiliate links. If you buy something through one of these links, we may earn an affiliate commission.