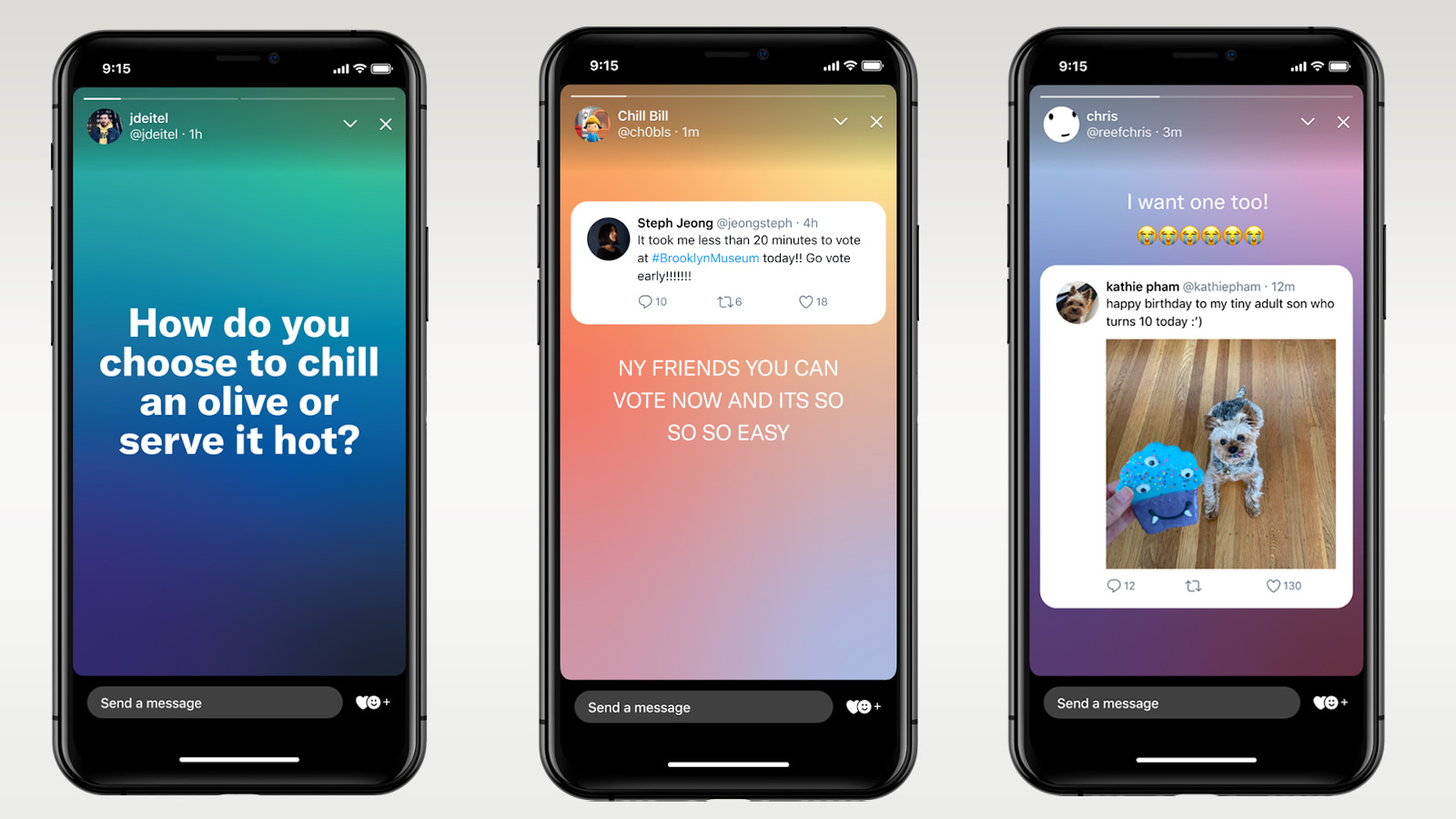 Twitter users may have to wait a few more days to get access to “fleets” if the Stories-like feature hasn’t hit their account yet. The website’s Support account has announced that the social network is slowing down fleets’ rollout “to fix some performance and stability problems.” Twitter started making the feature available to all its users on November 17th after over eight months of testing. The website struggled to accommodate everyone scrambling to try the feature out, though, and fleets ended up plagued with issues shortly after it was launched.

According to TechCrunch, users were complaining that the feature was lagging and freezing whenever they tried to use it. In some cases, it was even crashing their apps. Twitter admitted to the publication that fleets was experiencing problems and that it was working on a fix before it issued an official statement.

We’re slowing down the rollout of Fleets to fix some performance and stability problems. If you don’t have the feature yet, you may not get it for a few more days.

We love that so many people are using Fleets and want to ensure we’re providing the best experience for everyone.

The website first introduced the feature to early testers in Brazil back in March. Like other platforms’ ephemeral content, fleets content disappears after 24 hours and appears separately from the main timeline. Fleets from the accounts users follow will show up at the top of their timeline, and any replies to them are sent to users’ inboxes. It was named as such, because it’s meant to represent people’s “fleeting” thoughts. While a lot of users clearly tried to get in on the action as soon as the feature launched, fleets isn’t without its critics. Users raised concerns about the ephemeral posts’ potential to be abused and questioned whether the platform has accounted for all the different ways they could be used for harassment.

In this article: Twitter, fleets, news, gear
All products recommended by Engadget are selected by our editorial team, independent of our parent company. Some of our stories include affiliate links. If you buy something through one of these links, we may earn an affiliate commission.