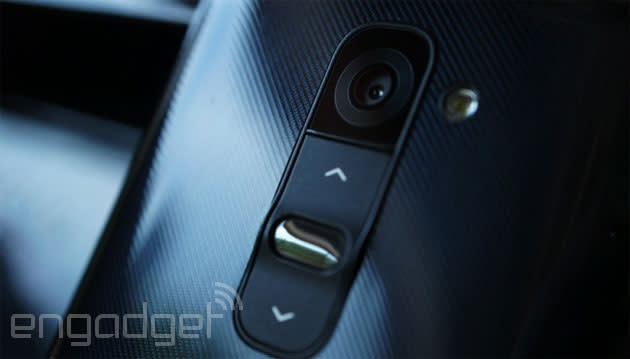 Taking to its own social site, LG's stated that the incoming G Pro 2 (another smartphone set to debut at Barcelona later this month), will offer imaging skills that will put its current champ, the G2, to shame. While its predecessor was a capable smartphone camera in its own right, LG is apparently adding a software upgrade to the optical image stabilization camera found on its preceding Android phones. It's calling the feature "Electro Image System" and it will apparently keep those 13-megapixel shots even sharper, augmenting existing hardware stabilization. Video function-wise, slow-motion recording at 25 percent speed and even Ultra HD video capture (at 3,840 x 2,160) will also be packed into the smartphone rumored to be incrementally larger than last year's G2. Expect a new UX for the camera app, too, when the device is officially presented to the tech-reporting masses in a few weeks.

In this article: g2, g2pro, lg, mobilepostcross, ois, oisplus
All products recommended by Engadget are selected by our editorial team, independent of our parent company. Some of our stories include affiliate links. If you buy something through one of these links, we may earn an affiliate commission.