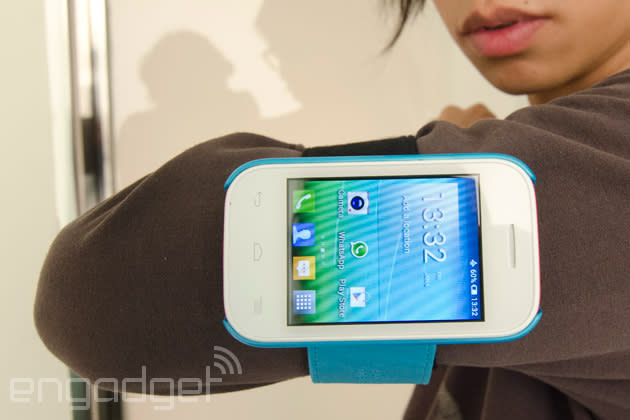 In the era of phablets, it's rather odd to see a company launching a 2.8-inch device, let alone calling it a "wearable" smartphone. Meet the Alcatel OneTouch Pop Fit, a little QVGA 3G phone that costs from just €89 or about $120 unsubsidized, but it comes bundled with a bunch of accessories. These include five back covers in different colors (black, blue, yellow, pink and red), along with a semi-transparent flip cover (with three dedicated music buttons) and an armband case. You also get a pair of JBL in-ear headphones, which will come in handy while jogging with this splashproof device.

The phone itself is powered by a 1GHz dual-core MediaTek chip with 512MB of RAM, so the 1,000mAh battery should be sufficient. What's surprising is that even at this price point, the Pop Fit comes with either 16GB or 32GB of internal memory, thus giving the iPod nano a run for its money. There's a software bundle, too: RunKeeper GPS fitness tracking app, DoubleTwist music player and Fleksy keyboard (which should make typing a lot easier on this tiny screen). Expect this phone to hit the shops around May this year. 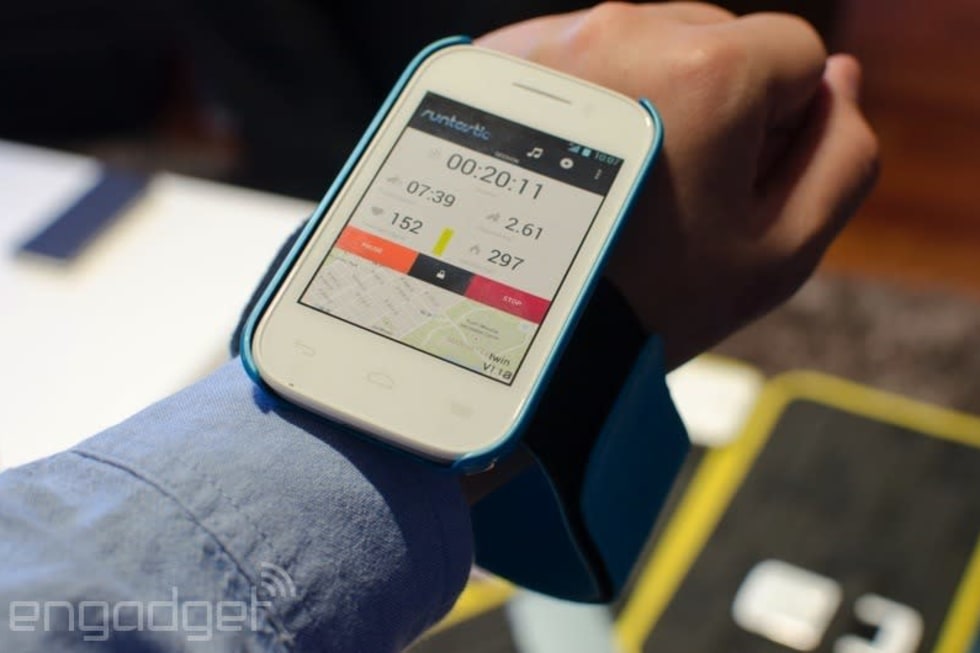 13
In this article: alcatel, android, featured, features, hands-on, mobilepostcross, mwc, mwc2014, onetouchpopfit, phone, popfit
All products recommended by Engadget are selected by our editorial team, independent of our parent company. Some of our stories include affiliate links. If you buy something through one of these links, we may earn an affiliate commission.