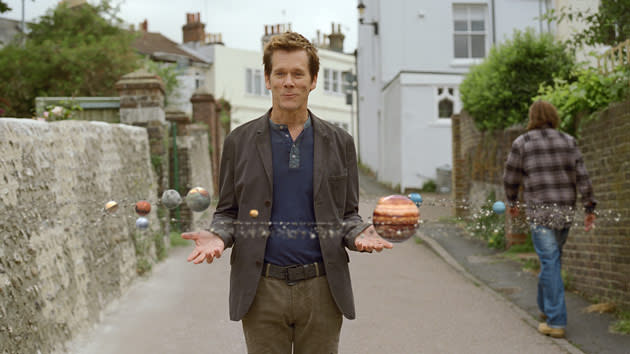 Orange, T-Mobile and EE have managed to coexist together for a number of years now, despite them all being essentially the same company, and all selling similar services. While Orange and T-Mobile used to be large, established names in their own right, 4G darling EE has understandably become by far the most prominent brand of the trio. High-street stores once coloured orange or magenta have long been redressed to EE's preference, and as of fairly recently, the online presence of the 3G-only providers has begun to be absorbed by EE. T-Mobile's site now forwards directly to ee.co.uk, and although Orange's homepage still exists, you can no longer purchase anything from it directly. Previously only of interest to "technofreaks," as Vodafone's CEO once put it, 4G is more or less mainstream. It's only a matter of time before all major networks begin to retire old 3G plans in order to structure themselves more around 4G, and in EE's case, this probably means putting Orange and T-Mobile out to pasture.

It took over two years for the EE as we know it to arise from the merger of Orange and T-Mobile. It was business as usual for both brands as they continued to operate separately under new umbrella company Everything Everywhere, but it was their combined, repurposed airwaves (and the blessing of Ofcom) that begat the UK's first LTE network, months before the spectrum auction competitors needed for their own 4G services. EE was created and marketed as a completely new network selling only 4G plans, which were noticeably expensive at first. Since then, though, prices have dropped, nearly all other UK players have caught up, and most importantly 4G is no longer a buzzword. A much greater proportion of Brits are aware of 4G, and what's possible with mobile internet that's comparable in speed to their hardlines at home.

For other networks, launching 4G services was as simple as adding new tariffs. With EE being distinct from Orange and T-Mobile, though, the latter two brands have faded further into the background as they become less relevant to the market. EE aggressively expanding their LTE footprint, increasing spectrum allocation, signing high-profile MVNO contracts, and even having a go at own-brand hardware (as Orange used to) is the only news you'll hear from a company that's supposed to be representing three brands. EE absorbed Orange's broadband business the day 4G launched, and you can bet upgrading 3G customers to 4G was, and still is seen as EE's greatest opportunity. Much of this captive audience is yet to be converted, however. Of EE's 27 million plus total customers across all brands, only around 2 million of them are 4G subscribers (as of January this year).

It's not just a matter of migrating people to 4G plans, but also to a relatively new company. Naturally, Orange and T-Mobile would become less visible as the focus shifts to 4G, and not just because their customers are wanted elsewhere. Maintaining one website, one physical store format, and one brand in general is obviously much easier than doing the same with three, so it's good business sense to make less work. All this is not to say 3G is going anywhere soon. It'll be needed for many years to come as a fallback when 4G gets knocked out, and where it doesn't exist. Some MVNOs, too, will no doubt exist solely to offer low-cost, 3G-only contracts. The retirement of Orange and T-Mobile could even be an opportunity for EE to build a new set of 3G tariffs by cherry-picking what's worked best on either network.

Despite the reduced online presence of Orange and T-Mobile of late, you can still find out what they have to offer over the phone and in EE stores. They have an eBay shop, too, but this is heavily EE-branded -- another example of how the identity of the 3G brands is slowly being superseded (when was the last time you saw anything but EE in your notification bar?). For now, they remain nestled under EE's wing, but who knows how long they will survive, especially if customer numbers begin to dwindle as more move over to 4G contracts, with EE or elsewhere. There has to be a good few people out there about to finish up two-year contracts they signed for the flagships of 2012, namely the Galaxy S III and iPhone 5. How they, and others looking to renew or upgrade in the near future act will surely steer the fate of Orange and T-Mobile. Or, we should say it'll have an affect on the timing -- the machinery of their demise is arguably already in motion.

In this article: 4g, 4glte, ee, lte, orange, t-mobile, uk, uk-feature
All products recommended by Engadget are selected by our editorial team, independent of our parent company. Some of our stories include affiliate links. If you buy something through one of these links, we may earn an affiliate commission.