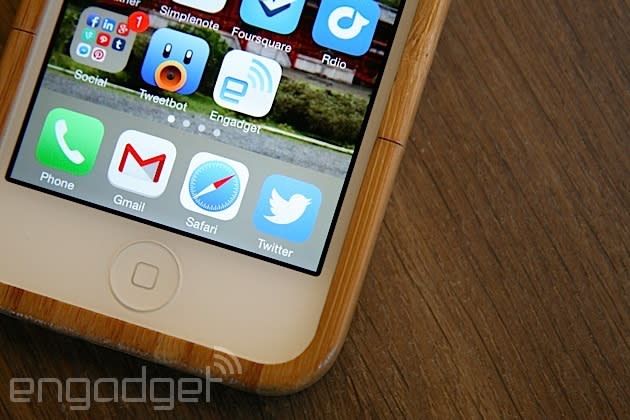 When sharing gossip on Twitter, there's always that moment when you have to boldly announce that the conversation will have to continue over DM. Sadly, as well as killing the mood, it means that group discussions get broken up in favor of individual messages behind the veil. It's a problem that Twitter boss Dick Costolo is aware of, and told Bloomberg that the company would look to build a "whisper mode" that lets you grab whole conversations with friends (plural) and make them private at the push of a button. Naturally, an off-hand by a CEO can't be taken as gospel, and we don't know if this is instead of, or beside, the long-mooted private messaging app that would break out Twitter DMs to another platform. Given the rise in real-time messaging platforms like WhatsApp and the anonymity afforded by apps like Secret, however, it looks as if Twitter's going to muscle up so that we never again have to type "Let's take this to DM, k?" ever again.

In this article: Dick Costolo, Private Messaging, Secret, Twitter, video, WhatsApp, Whisper, Whisper mode
All products recommended by Engadget are selected by our editorial team, independent of our parent company. Some of our stories include affiliate links. If you buy something through one of these links, we may earn an affiliate commission.