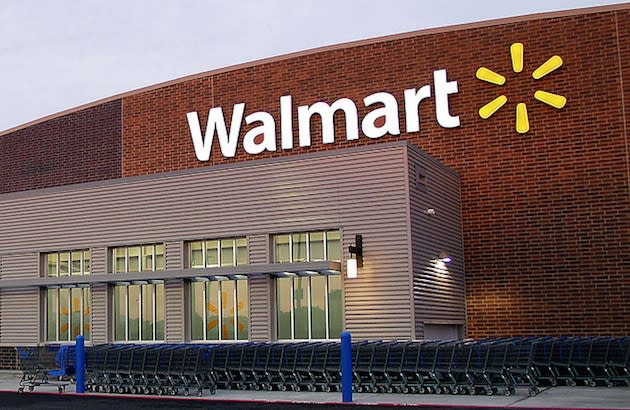 While Amazon is caught up in an e-book pricing dispute with one of the world's biggest publishers, Walmart is making hay. As the internet retailer continues to squeeze Hachette for better pricing on e-books by limiting the amount of printed books it orders, which include titles from J.K Rowling and James Patterson, competing booksellers are conducting fire-sales to remind consumers that they're a viable alternative (and boost revenues in the process). Case in point: Walmart slashed 40 percent off nearly 400 Hachette titles on its website and shortened delivery times in order to beat its internet rival. The tactic appears to have worked, the retailer said that by the end of last week, physical book sales were up 70 percent in just three days. Amazon seems unfazed by it all and has told inconvenienced customers that they can go to "one of [its] competitors." Many customers have evidently done just that, but their actions aren't likely to help put an end to this e-book feud.

In this article: amazon, books, ebooks, feud, hachette, publisher, walmart
All products recommended by Engadget are selected by our editorial team, independent of our parent company. Some of our stories include affiliate links. If you buy something through one of these links, we may earn an affiliate commission.