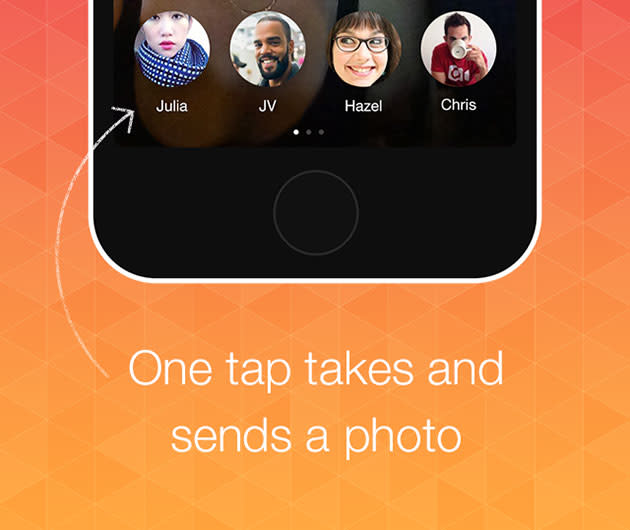 We knew Instagram's effort to nab a bit of Snapchat's thunder was imminent thanks to leaked promo banners, and now, the app has officially arrived... for some. Bolt, the filter-driven photo app's own ephemeral messenger has hit iTunes and Google Play for folks in Singapore, South Africa and New Zealand. The software's claim to fame is speed: instead of having to fiddle through a series of options, tapping a contact's picture both captures and sends a photo -- no further swiping required (tap and hold records video). So long as they're in your favorites list, of course. There's also an undo feature that allows you to retrieve a message in the first few seconds by shaking your phone. While Bolt doesn't require a Facebook or Instagram account, you will have to sign up with your phone number for sorting through your contacts. For now though, most of us have to find solace in just reading about it, since a select few locales are privy to the initial rollout. Instagram's word on that particular strategy is situated after the break.

"Bolt is the fastest way to share an image or a video -- just one tap to capture and send. We decided to start small with Bolt, in just a handful of countries, to make sure we can scale while maintaining a great experience. We expect to roll it out more widely soon."

In this article: app, bolt, Entertainment, facebook, Google Play, instagram, iTunes, mobilepostcross, New Zealand, SciTech, Singapore, snapchat, software, South Africa
All products recommended by Engadget are selected by our editorial team, independent of our parent company. Some of our stories include affiliate links. If you buy something through one of these links, we may earn an affiliate commission.