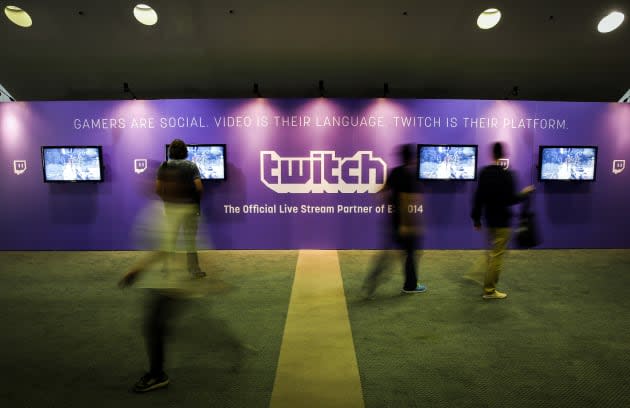 What do you do after Amazon purchases your start-up for almost $1 billion? If you're Twitch CEO Emmett Shear, you stay the course. "Amazon has a very specific track record of retaining founding teams for a long time," he told The Information in a recent interview. "The idea is that we get to operate in San Francisco independently." Shear has said it again and again since the acquisition: Twitch chose Amazon for autonomy, the freedom to control its own destiny. Shear seems optimistic about the company's future -- it's experimenting with music broadcasting, and sees e-sports as an area ripe for expansion. More than anything, Shear seems to want the company to become the community's go-to provider for streaming content.

"We're not really a content producer," he says. "I hope that we can provide more the equivalent of the Comcast of gaming." Launching off a prompt from The Information, Shear explains that he wants to be the provider to professional eSports content, like Comcast to ESPN. If Twitch became a creator of content, it would be competing with its best content providers -- Shear would rather be the conduit of great entertainment in gaming than its author. The young CEO expands on the idea in an interview with Bloomberg. "There's potential for eSports to be listed in that same pantheon as football and baseball in the states."

"I hope that we can provide more the equivalent of the Comcast of gaming." - Emmett Shear, Twitch CEO

It's a natural expansion for the game streaming company, but its pursuing new avenues of entertainment as well. Just last month, Twitch steamed its first live concert: a set from DJ Steve Aoki. Shear says the experiment was met with "phenomenal" response, and other artists have started looking to Twitch as a music streaming platform. Still, Twitch is expanding its horizons with caution.

"The last thing you want to do is take your eye off what customers really want," Shear told The Information. "It's certainly a thing we're thinking about, but not if it comes at the cost of gaming." Shear's biggest concern is losing focus -- being too strategic and making a decision that alienates the customers that made Twitch what it is today. "That's when things go wrong," he says. "Are we producing stuff that's awesome still?" He says he turns to Reddit AMAs to find out. The CEO wouldn't say what his next experiments for Twitch are, but suggests that Amazon understands his vision. The company's promised autonomy might pay off in the long run. His biggest fear, post-acquisition? "To look back in five years and say, 'Damn, I sold way too early.'"

In this article: amazon, Emmettshear, esports, twitch, twitch-tv, twitch.tv
All products recommended by Engadget are selected by our editorial team, independent of our parent company. Some of our stories include affiliate links. If you buy something through one of these links, we may earn an affiliate commission.