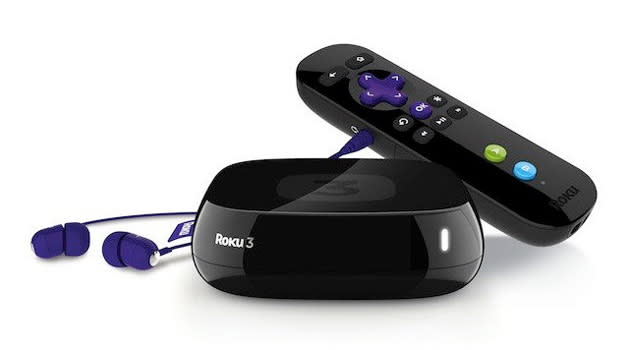 Tonight Roku is announcing that over 10 million of its tiny media streamers have sold, dating back to when they were first introduced in 2008. That's good news, and shows sales are continuing to pick up after it crossed 5 million just last spring and eight million at the beginning of the year. Just as ever, the company has a solid product that we like at a reasonable price, and a library of smart TV apps that's second to none. The only bad news? The competition is getting stronger too. Sales of the Apple TV have exploded along with the iPad and it was up to 20 million at last count, while Google is readying another Android TV attack and Amazon is pushing its own Fire TV media box. In response, Roku is expanding by putting its software directly into Smart TVs and using its partnership with Sky TV in the UK to get cheaper hardware on the shelves. Roku's infographic (here) cites stats suggesting customers like it better, and use it more, than the competition, and claims it has more than 1,000 more channels than options like the Chromecast. According to CEO Anthony Wood, NPD data shows the Roku accounts for some 37 million streaming hours per week, followed by the Apple TV at 15 million, Chromecast at 12 million and Fire TV at six million. Roku's difference is that it's a company that only sells streaming media players and isn't trying to fit it into an entire ecosystem like the rest. The danger is that this approach could cut it off from apps as developers and services choose sides. While it's true, the Roku doesn't have all of the AirPlay/Cast features others like Apple, Google and Amazon have been able to tie together, that hasn't hurt it yet in picking up new services, and what looks like a weakness could actually be a strength -- as long as these sales numbers keep rising. If you somehow don't have one yet, the company is running a giveaway over the next ten days to celebrate.

In this article: 10million, androidtv, AnthonyWood, appletv, chromecast, firetv, hdpostcross, roku, roku3, sales
All products recommended by Engadget are selected by our editorial team, independent of our parent company. Some of our stories include affiliate links. If you buy something through one of these links, we may earn an affiliate commission.