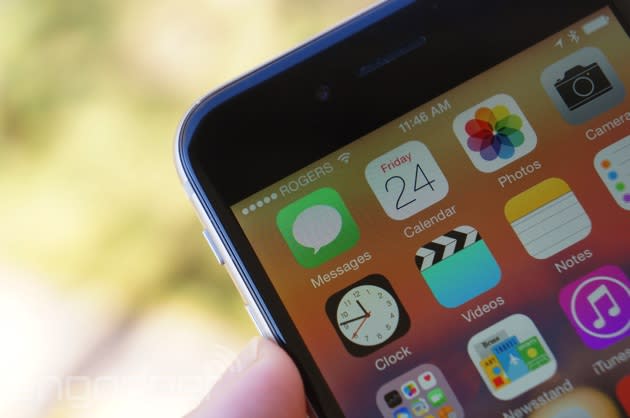 Our Canadian neighbors have already been given a taste of Rogers' extremely data-friendly LTE, but now the carrier is officially rolling out its LTE-Advanced network across 12 different cities. In fact, it's the first North Amercian carrier to launch an LTE-A network, period. So? Well, that means denizens of the poutine-filled country can stream much more video than you can, faster than you can. And since Rogers' new tech is a combination of AWS and its 700MHz spectrum (which is the same frequency some US AT&T clientele are also accustomed to), customers will see a big improvement on their data service while indoors, in a basement or other fringe areas. Head below for the full list of cities getting upgraded.

If you live in any of the cities listed below and want even faster mobile data, today's your lucky day:

In this article: att, canada, data, LteAdvanced, mobilepostcross, rogers, streaming
All products recommended by Engadget are selected by our editorial team, independent of our parent company. Some of our stories include affiliate links. If you buy something through one of these links, we may earn an affiliate commission.