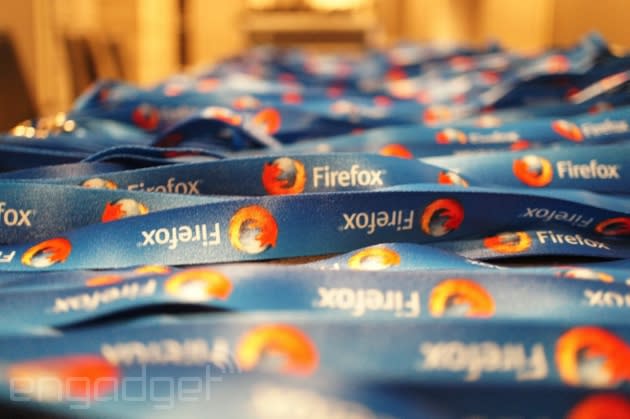 You may be very privacy-conscious in this era of mass surveillance, but your web browser hasn't done much to keep up -- big updates like Do Not Track and private browsing windows arrived years ago. Mozilla isn't satisfied with this state of affairs, so it's releasing a new version of Firefox that puts privacy front-and-center. The centerpiece is a "forget" button that makes it easy to scrub cookies, history and other details; you won't have to jump through hoops to eliminate traces of where you've been, whether you're concerned about data theft or just want to hide an embarrassing web session. You can also switch to DuckDuckGo's anti-tracking search engine, and you'll find both a privacy tour (on the desktop) and a coaching add-on (on Android) that help you use relevant features.

Some of the biggest improvements may lurk in nightly test releases, however. To start, Mozilla is teaming up with companies to experiment with privacy features, including a strict Do Not Track option that actively blocks web content which doesn't honor your request to stay off the radar. These nightly builds will also give each Firefox tab its own system process à la Chrome and Safari, which should improve both performance (by making better use of multi-core processors) and reliability. There's no mention of if and when these new perks will reach more polished software, but it won't be shocking if they're both available in stable Firefox versions relatively quickly.

In this article: android, browser, donottrack, duckduckgo, firefox, internet, mobilepostcross, mozilla, privacy, software, web
All products recommended by Engadget are selected by our editorial team, independent of our parent company. Some of our stories include affiliate links. If you buy something through one of these links, we may earn an affiliate commission.