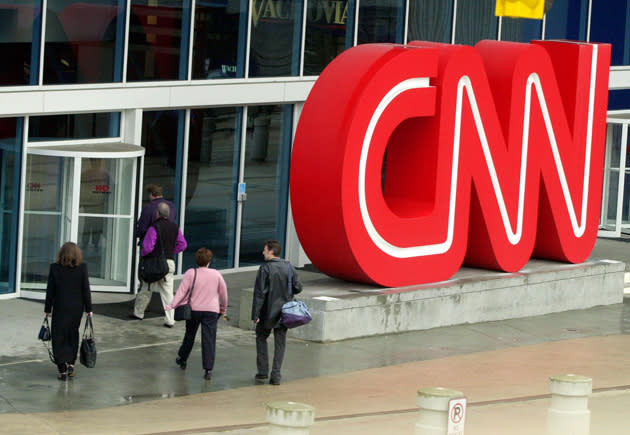 The Guardians of Peace didn't just threaten Sony Pictures and theaters that planned to show The Interview; it also shook its fist at the press, too. The Intercept has obtained an FBI alert noting that the group implied threats against a "news media organization" on December 20th. While the bulletin doesn't name the company, The Desk's Matthew Keys has copies of the Pastebin-based messages (since removed) showing that CNN was the target. The GOP sarcastically complimented CNN on its "investigation" of the hacking group and linked a video calling the TV network an idiot, but didn't warn of any specific consequences.

Update: Writer David Garrett Jr. has stepped forward as the source of this particular posting. According to Garrett, he has no connection to North Korea or the Guardians of Peace group, and just wanted to point out media inaccuracies.

The news suggests that the GOP won't rule out attacks against other companies if they support Sony's cause, but don't read too much into the group's words -- so far, this appears to be little more than saber-rattling. Nothing has happened to CNN in the 11 days since the messages went up, and both the FBI and the Department of Homeland Security note in their bulletin that many hacking outfits make "exaggerated threat statements" that never pan out. And, as we all know, Sony eventually showed The Interview both in theaters and online without incident. At this point, hacking CNN would accomplish little.

In this article: cnn, cyberattack, fbi, guardiansofpeace, hack, hacking, hacks, internet, sony, sonypictures
All products recommended by Engadget are selected by our editorial team, independent of our parent company. Some of our stories include affiliate links. If you buy something through one of these links, we may earn an affiliate commission.