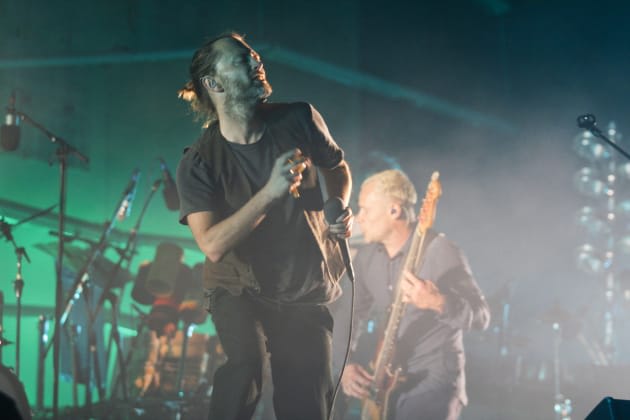 So, how did Thom Yorke's latest music-distribution venture go? Pretty well, it seems. The Radiohead-frontman's second solo album, Tomorrow's Modern Boxes, achieved over a million downloads in six days via BitTorrent Bundle, according to the peer-to-peer network's blog. Exactly how the numbers break down is a bit nebulous, though. BitTorrent says that those million downloads also include the freebie single and video as well as the $6 album, noting to Consequence of Sound that precise sales numbers were being withheld at Yorke's request. Still, it's a little exciting to see that Bundles could be a viable way for musicians to earn a living -- especially when streaming services are well-known for less-than-favorable pay-outs and business practices. Let's just hope this success isn't limited to acts with Yorke's inherent star-power. After all, even Trent Reznor went back to a traditional record label after toying with total independence.

Source: BiTorrent Blog
Coverage: Consequence of Sound
In this article: bittorrent, bittorrentbundle, download, Internet, music, Radiohead, ThomYorke, tomorrowsmodernboxes, TrentReznor
All products recommended by Engadget are selected by our editorial team, independent of our parent company. Some of our stories include affiliate links. If you buy something through one of these links, we may earn an affiliate commission.