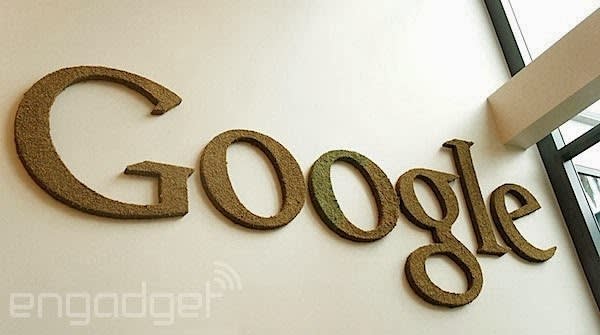 One of the problems with a tech company publicly testing anything is that you can start to hope. Hope, almost inevitably, leads to despair, and from despair it's only a short hop to the dark side, or something. With that in mind, we'd suggest you try not to hope too hard when you hear that Google has applied to the FCC for permission to begin wireless spectrum tests in the San Francisco area. According to Reuters, the company's looking into a rarely-used millimeter wave frequency that is capable of transmitting large amounts of data, but only if the receiving equipment is in the line-of-sight.

Google does do a lot of research, so this could just be one of its various groups (X, Nest, Boston Dynamics) doing some testing outside of the lab. If so, then this could simply be a piece of procedural box-ticking to avoid getting into any trouble with fussy regulators. Of course, the more hyperventilation-inducing theory is that Google is following through on a promise to bring wireless service to areas where it currently offers fiber optic broadband. That would fall in line with a The Information report from earlier this year, which said that the search engine was trying to buddy up with Verizon on the project.

Reuters' cabal of experts has also suggested that this project could be used to build out a wireless broadband network that's much cheaper than fiber. Rather than digging up roads and laying cables to each individual home, transmitters placed on the top of each building in a street could be easier and much more cost effective - enabling Google to bring its home-rolled internet to far more places in a shorter time. This last theory makes a little more sense, considering that the application was signed by Craig Barratt, the executive in charge of Google's fiber plans. We're not going to wildly speculate upon this too much, however, because that's what the comments section is for.

Source: Reuters
In this article: FCC, Fiber, google, Report, Rumor, Testing, Verizon, Wireless
All products recommended by Engadget are selected by our editorial team, independent of our parent company. Some of our stories include affiliate links. If you buy something through one of these links, we may earn an affiliate commission.