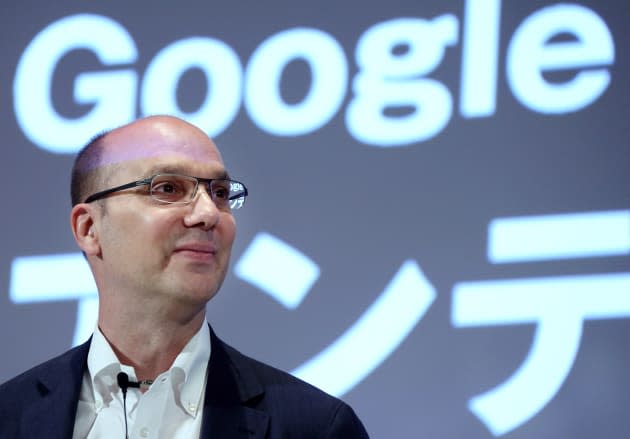 Just about a year ago we learned Andy Rubin had shifted his focus at Google from Android ("the definition of open") to working with robots, like the ones from its acquisition Boston Dynamics, but tonight reports indicate he is leaving the company entirely. The Information and the Wall Street Journal reported the departure initially, which Google has confirmed. In a statement, CEO Larry Page said "I want to wish Andy all the best with what's next. With Android he created something truly remarkable-with a billion plus happy users. Thank you." The Information reports his departure is the result of some issue with the structure of his team, and that Google research scientist James Kuffner will take over his role directing robotics projects.

Early in 2013 Rubin handed over direction of Android to Sundar Pichai, who recently assumed an even more powerful role at the company. Prior to co-founding Android and eventually selling it to Google, Rubin co-founded Danger Inc. (releasing the Danger Hiptop aka T-Mobile Sidekick), and even worked for both Apple and Carl Zeiss. So what's next for Rubin? Apparently creating an incubator for startups building hardware. That's just vague enough to be incredibly interesting, but for now we'll think back to the good old days and some of the first live Android demos.

In this article: android, andyrubin, breaking news, google, mobilepostcross, robots
All products recommended by Engadget are selected by our editorial team, independent of our parent company. Some of our stories include affiliate links. If you buy something through one of these links, we may earn an affiliate commission.