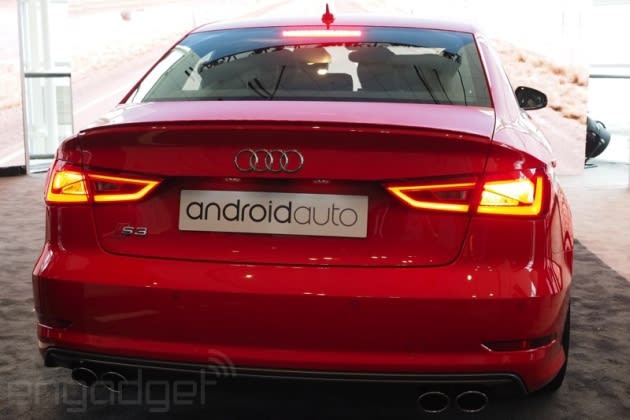 If Reuters' rumors are true, then apparently the folks at Mountain View think the Android Auto overlays rolling out this year don't go far enough. Citing unnamed sources, it indicates that an Android 'M' able to embed directly into cars -- no smartphone necessary -- is set to roll out in about a year. The idea is to make Android the standard for controlling navigation and entertainment, no matter what phone the driver is holding. Some automakers, like Hyundai and Honda have already announced plans for systems that run their own custom flavors of Android, but it sounds like this could go much further -- if any automakers actually plug it into their vehicles. The Detroit Auto Show rolls around next month right after CES, if any such project is under way then those seem like excellent times to make an announcement, don't you think?

Source: Reuters
In this article: android, androidauto, AndroidM, auto, cars, google
All products recommended by Engadget are selected by our editorial team, independent of our parent company. Some of our stories include affiliate links. If you buy something through one of these links, we may earn an affiliate commission.