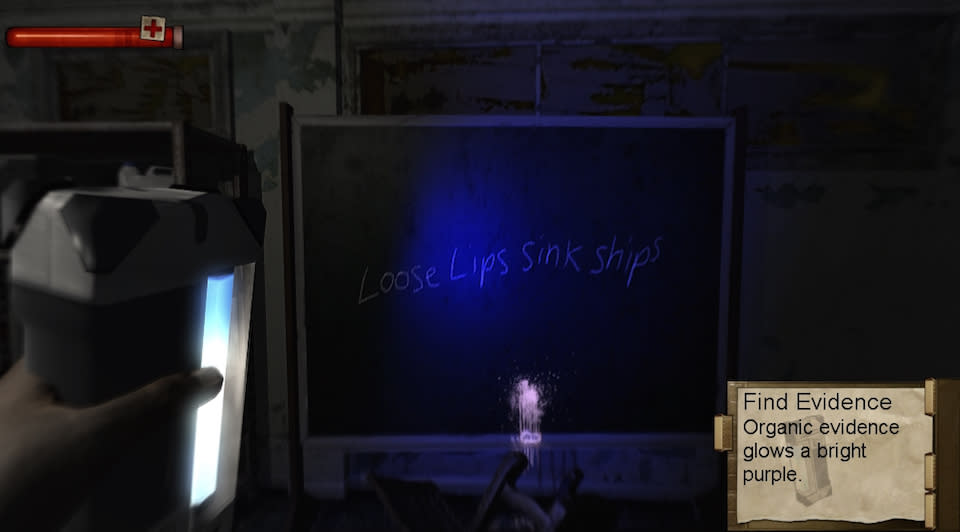 Condemned is coming back. Maybe.

A few days ago, former Monolith Productions (Middle-earth: Shadow of Mordor, No One Lives Forever) boss Jace Hall posted something very interesting to Facebook: He wants to find an indie game development team to pick up the reigns of his Xbox 360 cult-classic franchise, Condemned, and make another game where you battle supernatural creatures and deranged hobos. He owns the rights to the horror franchise, but despite consistent demand, he's too busy with other projects to work on a new game himself. Thankfully for Condemned fans, Hall's got a plan.

It's been 10 years since Condemned: Criminal Origins launched with the Xbox 360, and seven since Condemned 2: Bloodshot launched. Don't remember the franchise? It was a terrifying first-person action game, and the first entry in the series was an early Xbox 360 exclusive.

Hall wants to see the series live on, and to help make that happen however possible. Giving an independent studio carte blanche is the best solution, he tells me via email. "My goal is to really empower an indie developer with full decision-making authority," Hall says. That means a number of things, and whatever proposal he accepts isn't just limited to making Condemned 3. "The [developer] will supply the vision of the content," he says. "Perhaps a prequel? Perhaps a simple mobile app for starters. I'm open to hearing it all. That's why I want devs to send in proposals.

"I'd like to know what they would do with a known franchise that is not encumbered with red tape or creative limitations... I don't have any preconceived expectations about it."

Hall says we're on the cusp of a new wave of innovation in "entertainment art and science" and that he wants to be a patron for that, so to speak. "I believe that the best approach to this is to let a passionate developer do what they do best without interference or limitations imposed by me." He says that he'll advise if asked, but for the most part isn't going to micromanage and will stay out of the way as much as possible. "What I want are proposals, ideas, etc.. I'd like to see developer creativity expressed through this franchise," he says. "I don't have any limiting parameters."

With no expectations from Hall comes a few justified questions. Namely, when will we actually see this? And will it languish as vaporware? Hall says that there's no way to know how long the process from pitch to work starting will be, but he'll vet the proposals as quickly as possible. "It could be three days or three years, whatever is the natural order for the project. The one thing I can tell you is that I will move as quickly as possible. I will be decisive and not drag my feet, but I also will not try and force things."

He says that the amount of proposals he's gotten since the Facebook post went live is steadily increasing, and, coupled with the amount of news coverage the post has gotten (ahem), it proves that there is still a lot of interest in the franchise. Hall notes that it's very hard for an indie developer to get this kind of "instant media coverage" for a new project. As of this writing, the post has 660 comments and 160 shares. Nothing mind-blowing or "viral," to be sure, but that's solid interest in a niche horror series that hasn't gotten much attention in seven years. "That makes this opportunity all the more powerful for an indie developer to work with," he says. What's he looking for? In his words:

"What is your vision – (platform? Content approach? Etc.) The sky is the limit. No expectations here on my part. How are you able to execute on your vision? How big is your team? Do you have a team? Do you have technology, experience, money, relationships, whatever, etc.?

Basically, why should I believe that you can actually execute what your vision calls for? Again – No expectations on this. I just want to understand. What do you want to offer me, in exchange for granting the rights? Anything? What do you think is fair?

I have no numbers or expectations in mind. I have no specific structure in mind. Put together what makes sense for you and the game you propose. I will consider everything placed in front of me. I will always consider the whole package and not nitpick parts. I am not a video game publisher. I am not trying to find the 'best deal' – I am trying to find the right developer who wants to make the best GAME. I want to understand and support you as an indie."

If you want to get in touch, message him via his Facebook page, or ping him on Twitter where he'll answer simple public questions that he thinks others might benefit from. His aspirations seem a bit lofty, sure, but it's hard to not get excited about a possible new Condemned -- especially with how the horror-game landscape has changed since Bloodshot's release. Hall thinks a talented independent developer could take the franchise and move the entire genre forward. Looking at what independents have done with games like Amnesia: The Dark Descent and Outlast it's hard to disagree with him.

"I want to encourage that," he says. "I believe in people."

In this article: Condemned, condemned2bloodshot, condemnedcriminalorigins, gaming, hd, hdpostcross, horror, interview, jacehall, SurvivalHorror
All products recommended by Engadget are selected by our editorial team, independent of our parent company. Some of our stories include affiliate links. If you buy something through one of these links, we may earn an affiliate commission.