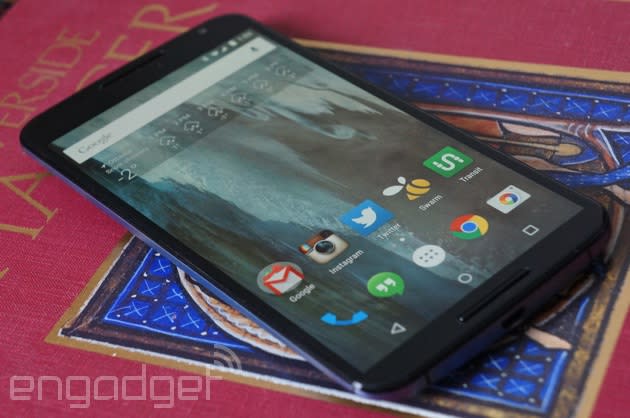 Yes, the rumors were true -- after a months-long wait, Verizon has confirmed that it'll launch the Nexus 6 on March 12th, with stores picking it up on March 19th. The Google-powered phone will still be relatively expensive, at $250 on a two-year contract or $27 per month on Edge, but you will get both HD voice calling (Android 5.1 comes standard) and a free 6-month subscription to Google Play Music All Access for your trouble. Is it worthwhile at this point? That's hard to say. This is still the latest and greatest Android flagship phone, but there's no question that Verizon missed the boat, as it sometimes does. If you wanted a relatively pure Android experience on Big Red, you probably bought a Droid Turbo or Moto X last fall.

In this article: android, android5.1, google, lollipop, mobilepostcross, motorola, nexus6, smartphone, verizon
All products recommended by Engadget are selected by our editorial team, independent of our parent company. Some of our stories include affiliate links. If you buy something through one of these links, we may earn an affiliate commission.