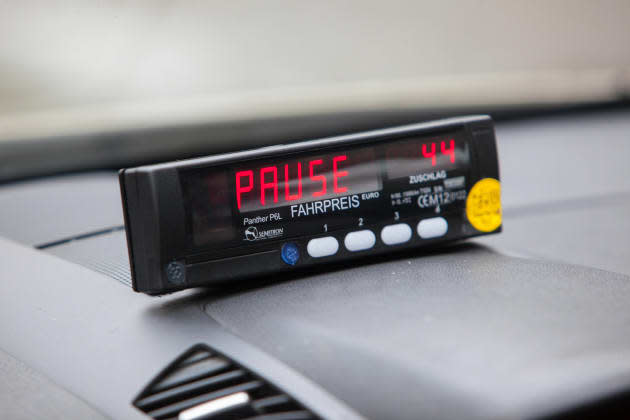 Why can't Germany and Uber just get along? For the second time in seven months, a court has nixed Uber's operations nationwide. Frankfurt District Court Judge Joachim Nickel ruled Wednesday that Uber had violated Germany's public transportation act because the company's drivers do not possess the same permits that conventional taxis services must carry. In response, Judge Nickel reinstated an injunction against Uber set during the initial lawsuit last September, which was brought by Taxi Deutschland, Germany's taxi driver lobby group.

"The basis of Uber's business model is in violation of the law," Taxi Deutschland's head Dieter Schlenker told the Frankfurter Allgemeine Zeitung newspaper. Uber, unsurprisingly, disagrees with the ruling and is already winding up for its legal counter-punch.

"The ban pronounced by the Court represents a fundamental infringement, in particular of our right under European law to establish and provide a service," the company replied in a statement. "This is why we have lodged a complaint against Germany with the European Commission. In this regard, we also expect to file an appeal against today's decision."

What's more, Uber appears to have already finagled a workaround regarding the ban that follows the letter, if not the spirit, of the ruling. Since the ban only applies to drivers without the national operator's permit, both the UberBlack and UberTaxi services -- which only hail permitted taxi and livery drivers -- can still be used.

In this article: apps, frankfurt, germany, Uber
All products recommended by Engadget are selected by our editorial team, independent of our parent company. Some of our stories include affiliate links. If you buy something through one of these links, we may earn an affiliate commission.