Facebook users in the US can create custom avatars starting today

Next year's emoji update will be delayed by six months 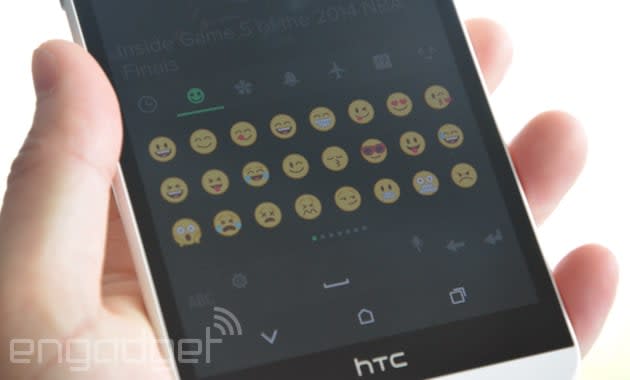 Emojis are starting to flood Instagram, and the website's engineers are on a quest to sort out how people are using the yellow-faced emoticons. Apparently, their popularity skyrocketed after Apple released the iOS emoji keyboard and Android got native support. In just a single month after the iOS emojis came out, their usage on the website increased by 10 percent. Now, nearly 50 percent of all captions and comments have an emoji or two. Instagram's research has also revealed that folks in Finland insert emojis most frequently, with 63 percent of all text posted from the country containing at least one graphic. The US (38 percent) takes the ninth place in that list, after France (50 percent), UK (48 percent), Germany (47 percent), Italy (45 percent), Russia (45 percent), Spain (40 percent) and Japan (39 percent).

And because emojis are serious business, the Facebook-owned company has also deciphered what some of them mean based on words people use with them. While many have rather obvious translations -- a laughing face obviously means "lol" and all its other iterations, for instance -- it's amusing to see how users interpret some of the vaguer ones. In addition, Instagram has discovered that people are slowly abandoning written internet slang ("xoxo," "rofl," "bae," so on and so forth) in favor of their emoji counterparts. You can read the whole study on Instagram's Tumblr page, but note that it's only the first part. The company promises to explain how it implemented emoji hashtags in the second one -- maybe then we can get a detailed explanation of why you can't search for one eggplant emoji, but you can search for two.

In this article: emoji, facebook, instagram, mobilepostcross, SocialNetworking
All products recommended by Engadget are selected by our editorial team, independent of our parent company. Some of our stories include affiliate links. If you buy something through one of these links, we may earn an affiliate commission.