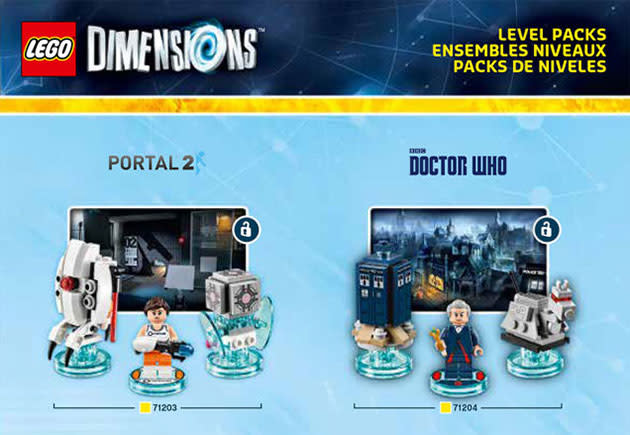 If the combined might of Batman and Gandalf wasn't enough to intrigue you, how about throwing in a Timelord (with a Scottish accent)? More details of the Skylanders-baiting Lego Dimensions game have been gleaned from a building instruction sheet for its Back To The Future set, with a catalog of level packs (read: figures and accessories) we're going to see alongside the game itself. As well as Doctor Who, expect to see a Portal 2 pack, as well as Jurassic World, The Simpsons and Scooby-Doo. You can also expect multiple figures from Lego's own brick-based franchises like Ninjago as well more characters from Lord of the Rings -- these will be part of "fun packs", likely to cost less than the aforementioned full-blown level add-ons. And if it sounds like a lot, remember: we haven't even seen the DC comics sets yet. In this article: doctorwho, games, gaming, lego, legodimensions, portal, simpsons, skylanders, thesimpsons
All products recommended by Engadget are selected by our editorial team, independent of our parent company. Some of our stories include affiliate links. If you buy something through one of these links, we may earn an affiliate commission.