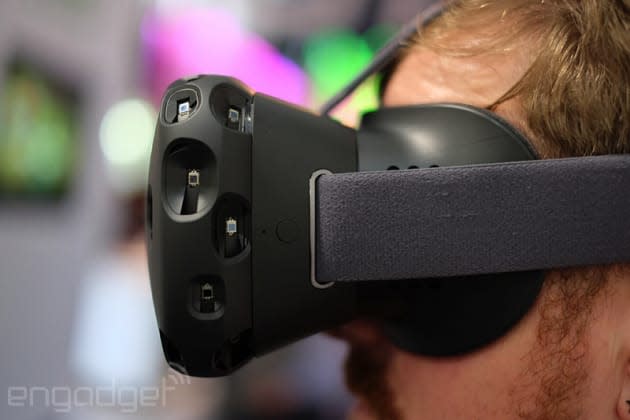 It seems like Microsoft's approach to virtual reality will mimic its approach to the PC world: Support just about every piece of hardware. The company just revealed that it's partnering with Valve VR to "make Windows 10 the best platform for VR." Valve is also partnering with HTC for the Vive headset, which impressed us earlier this year. This news comes on top of last week's surprising announcement that Microsoft is teaming up with Oculus, a deal that will see Oculus bundle in the Xbox One controller with its headset. Oculus VR users will also be able to stream Xbox One games to their headsets (though not in VR mode), which is something we expect Microsoft to offer to Valve VR hardware as well. Unfortunately, we still haven't heard anything about the Xbox One supporting VR headsets directly, but we're still hoping for some sort of surprise announcement.

In this article: e32015, microsoft, Oculus, Valve, VR
All products recommended by Engadget are selected by our editorial team, independent of our parent company. Some of our stories include affiliate links. If you buy something through one of these links, we may earn an affiliate commission.