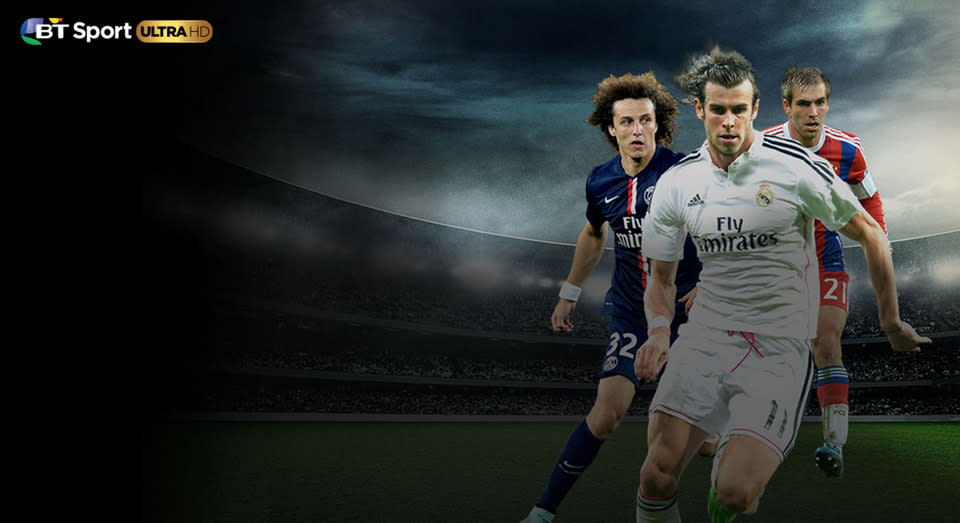 As promised, BT is bringing the first 4K live sports channel to UK TV screens next month, and it's finally let us in on how much it's going to cost. BT Sport Ultra HD will begin broadcasting August 2nd, kicking off proceedings with an FA Community Shield footy match between Arsenal and Chelsea. There are only a couple of other events throughout August -- three Premier Leagues clashes and the Silverstone MotoGP -- that'll be available in 4K, but plenty more football, rugby and racing will be shown on the channel during their respective seasons. But how much is watching penalty box divers in unparalleled detail going to cost you? Well, BT's introducing a whole new tier to its TV offerings to accommodate the new channel. The "Entertainment Ultra HD" package includes the BT Sport Pack, all Freeview channels, 47 "premium" channels, access to catch-up services, as well as BT Sport Ultra HD for £15 per month.

For comparison, the most expensive package right now is "Entertainment Plus" at £10 per month, so you'll effectively be paying an extra £5 on top of that for 4K sport and 22 additional premium channels. It's not simply a case of plumping for the TV package, though, as it'll only be available to BT Infinity broadband subscribers. Infinity plans start at £9.75 per month (plus £17 line rental) for an up to 38Mbps connection, but BT has said you'll need "a fast enough line" to support the 4K channel, so it may simply not be available to everyone. The Entertainment Ultra HD package will go on sale online on July 24th, at which point we might see an internet/TV bundle appear that takes some of the sting out of the investment.

The requirements don't stop there, though, as naturally you'll need a new set-top box that's capable of receiving 4K broadcasts. This is where the new 1TB Ultra HD YouView+ box comes in. From YouView's announcement, it appears to have the same feature set as existing YouView boxes, but with the extra ability to process 4K streams. Unfortunately, it's no freebie, and Entertainment Ultra HD customers will have to fork over a £44 installation charge.

That's a lot of pound signs and a lot of necessary subscriptions, but alas, these are the hoops one must jump through to get access to the UK's first 4K sports channel. BT is offering some restitution, however, in the form of a £500 voucher to put towards the purchase of an LG 4K TV -- just in case that's the final missing piece of the puzzle you haven't thought about yet.

Update: BT has filled us in on the minimum broadband speed needed for its 4K channel:

"The service requires 44Mbps which ensures a high quality TV viewing experience. The majority of BT Infinity customers will be able to get BT Sport Ultra HD."

BT has also told us that you won't need to go beyond its "up to 38Mbps" broadband tariff to get the channel. If the line is technically capable of supporting 44Mbps, you're all set.

In this article: 4k, bt, btsport, btsportultrahd, EntertainmentUltraHD, hdpostcross, sports, ultrahd
All products recommended by Engadget are selected by our editorial team, independent of our parent company. Some of our stories include affiliate links. If you buy something through one of these links, we may earn an affiliate commission.