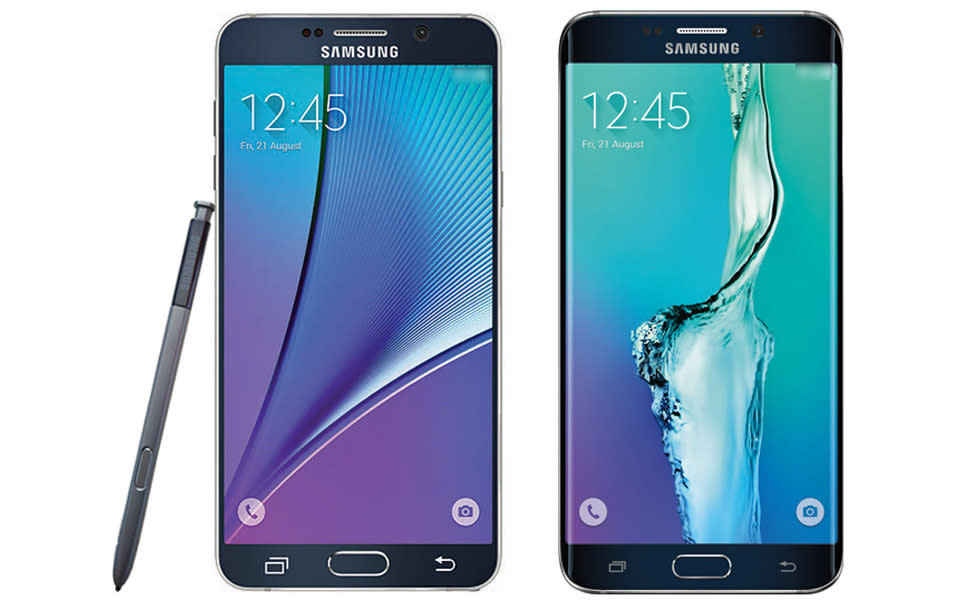 Still wondering what Samsung is going to unveil at its August 13th event? Well-known tipster Evan Blass (aka @evleaks) might have just removed what few doubts are left. He not only posted official-looking snapshots of both the Galaxy Note 5 and its curvier S6 Edge+ sibling, but revealed purported specs for the Note 5. From all indications, at least the Note 5 is going to be more of a refinement (at least, in terms of hardware) of the Note 4 than a revolution. You're still looking at a 5.7-inch quad HD display, a 16-megapixel rear camera and 32GB of built-in storage. The biggest changes are the Galaxy S6's octa-core processor, a bump to 4GB of RAM, a 5-megapixel front cam... and, unfortunately for some, the removal of the microSD card slot.

There are no new details for the bigger Edge, although it's expected to be little more than an upsized version of the unusually-shaped phone you already know. At this point, the only big questions left are the software and release date. At least the Note 5 is poised to ship with Android 5.1, but Samsung usually has a few extra pen-oriented features up its sleeve. And while it's likely that the new gigantophone will be unveiled sooner than many people expected, it's not certain how soon you'll get one in your hands.

In this article: android, android5.1, galaxynote5, galaxys6edgeplus, mobilepostcross, samsung, smartphone
All products recommended by Engadget are selected by our editorial team, independent of our parent company. Some of our stories include affiliate links. If you buy something through one of these links, we may earn an affiliate commission.