Instagram will let you buy products without leaving the app

eBay will now verify luxury handbags sold on the site

Burberry teams up with Snapchat to preview new collection 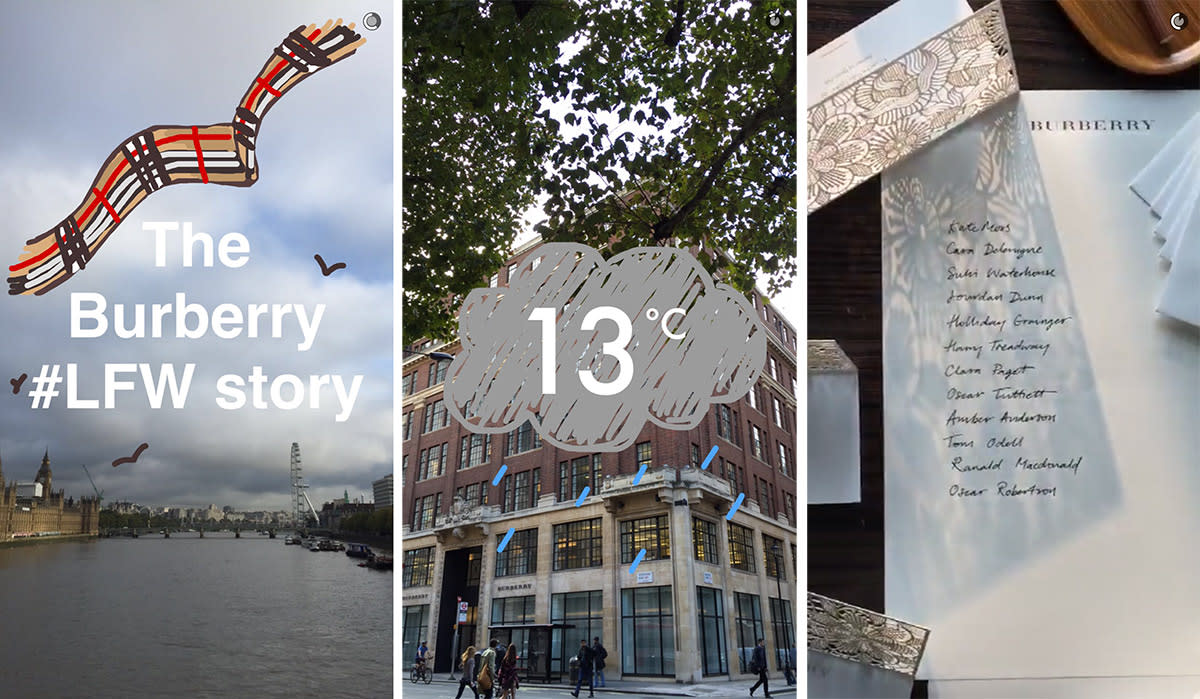 Burberry continues to prove that it's one of the most tech-minded fashion houses today. The British brand has joined forces with Snapchat to give fans a glimpse of its Spring 2016 lineup from its design studio before it's showcased at London Fashion Week. Also, the company will be posting behind-the-scenes snaps to show how it's preparing for the big event. You can see these pre-show snaps starting on September 20th, Sunday, at 2PM Eastern, if you add the luxury brand's account. In addition, Burberry will be posting photos and videos through Snapchat's Live Stories feature once the show begins. Like any Live Stories content, though, the posts will vanish into the ether after 24 hours.

Just a few days ago, the fashion house announced its new Apple Music channel, as well. It's not so strange that a luxury fashion brand became the first big company to get a Music channel, though: Apple's current senior VP of retail, Angela Ahrendts, used to be Burberry's CEO.

In this article: burberry, fashion, mobilepostcross, snapchat
All products recommended by Engadget are selected by our editorial team, independent of our parent company. Some of our stories include affiliate links. If you buy something through one of these links, we may earn an affiliate commission.