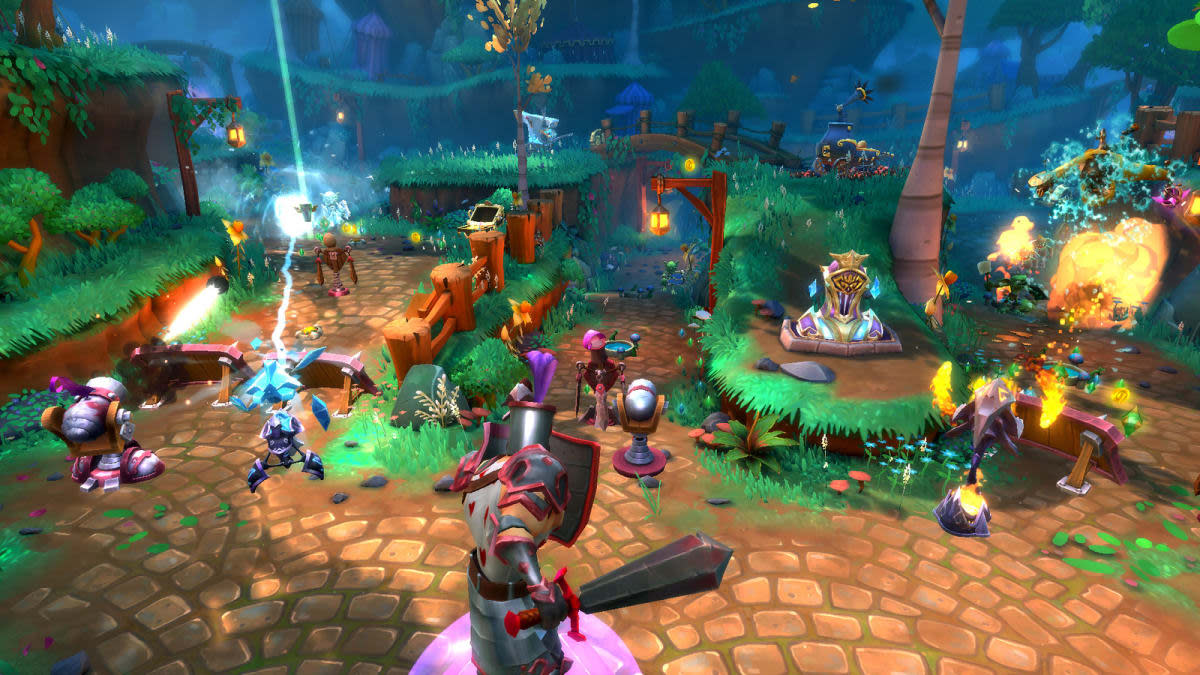 Dungeon Defenders 2 will be free when it launches as a full game on PlayStation 4, but fans who want to play it as soon as possible, pre-alpha bugs and all, can pay for the privilege starting next week. The pre-alpha version of Dungeon Defenders 2 -- that's a version that the developers are still building -- will be available for purchase on PS4 on September 29th in three packages: $15, $25 and $75. These are three bundles offering different in-game goodies for die-hard (or simply curious) fans, and they're identical to the ones offered on Steam Early Access.

Sony has been toying with the idea of paid early access on PS4 since July 2014, at least. At the time, SCEA VP of Developer and Publisher Relations Adam Boyes had the following to say: "That's one of the massive conversations we have internally. That, at what point does [a game meet standards of release]? We still at some point ensure that we're being mindful of the consumer. We don't want somebody to stumble across that title and expect a full product and have a negative experience."

Microsoft unveiled its own paid alpha system at E3 2015 with the Xbox Game Preview program. That one is specifically designed to support Microsoft's independent-development support system, ID@Xbox. Steam was one of the first distributors to jump on the paid alpha business, with its "Early Access" system. Steam Early Access, along with the community-voted Greenlight service, contributed to an influx of games on the service.

In this article: alpha, dungeon-defenders-2, DungeonDefenders, dungeondefenders2, EarlyAccess, hdpostcross, paidalpha, ps4, sony, TrendyEntertainment
All products recommended by Engadget are selected by our editorial team, independent of our parent company. Some of our stories include affiliate links. If you buy something through one of these links, we may earn an affiliate commission.