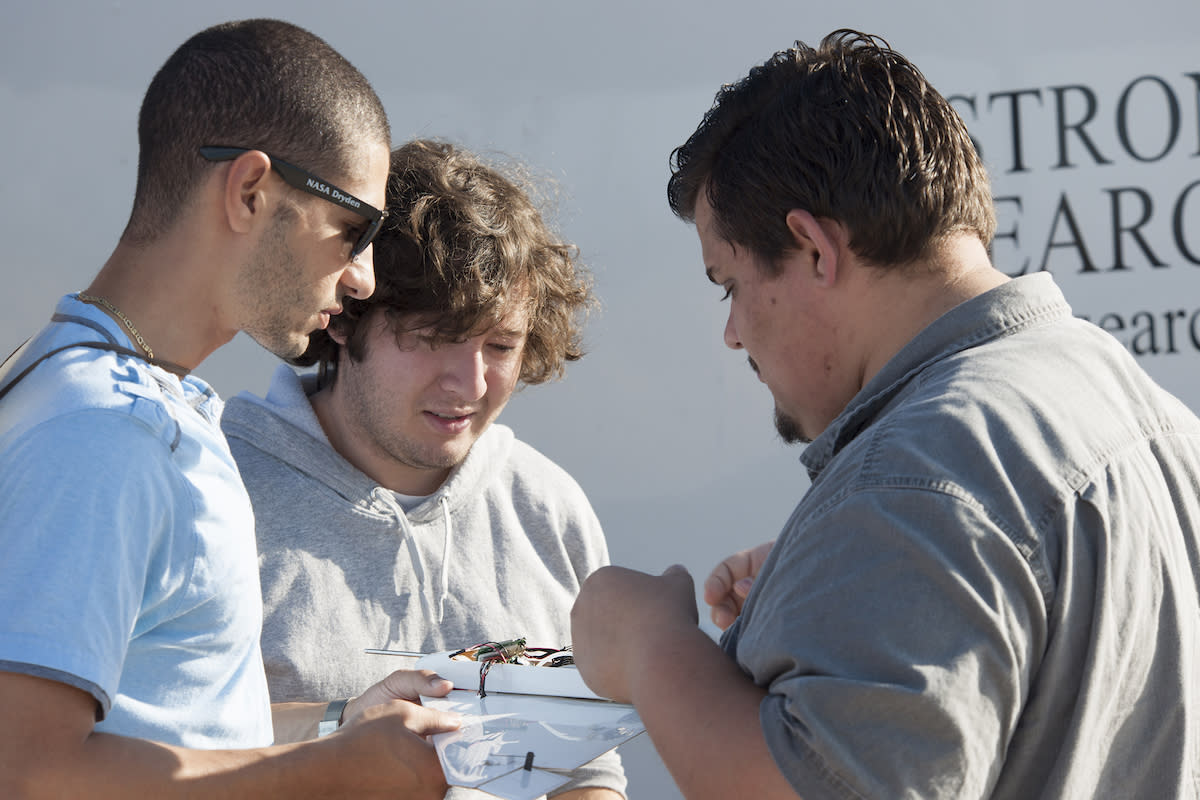 NASA is hard at work on designing the perfect aircraft to land on Mars. Just a couple of weeks ago, the space administration showed a new wing shape it is testing for future Red Planet-bound planes. As part of furthering these developments, NASA recently brought on a few students to help with its Preliminary Research Aerodynamic Design to Land on Mars program, otherwise known as Prandtl-m aircraft. The participants built a boomerang-shaped plane made of carbon fiber, which was then tested in an aircraft hangar and a different set of higher altitudes outdoors. Unfortunately, NASA says test flights didn't turn out as expected every time, namely due to the complexity of having an adequate launch system in place. One option, for example, was to have a radio-controlled plane that would take the research aircraft to the necessary altitude and have it be released.

Along the way, the Mars plane concept also developed a crack, leading students and NASA Flight Scholars to make modifications to its wing shape in order to gain more lift and stability -- it was basically about going back to aerodynamic basics and trying new materials, a student said. Trial and error is part of what the program is about, of course, so these results will be helpful going forward either way. But, if successful, NASA notes that the project can "collect and transmit valuable information about future landing sites for human exploration." An image of the Prandtl-m flying after being released from NASA's Carbon Cub transporter.

In this article: Aircraft, Airplane, Drone, Drones, Mars, MarsPlane, NASA, Plane
All products recommended by Engadget are selected by our editorial team, independent of our parent company. Some of our stories include affiliate links. If you buy something through one of these links, we may earn an affiliate commission.