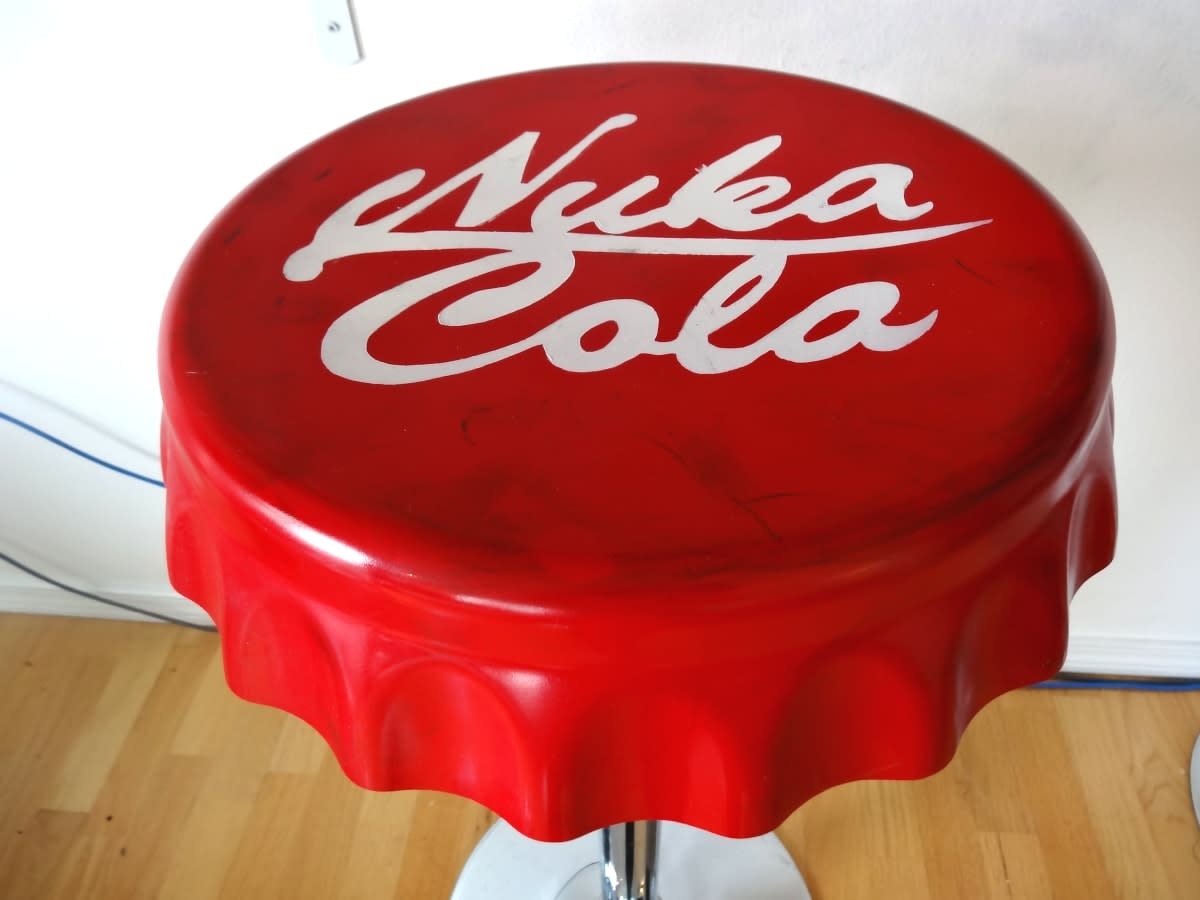 No one really knows what's in those bottles of Fallout Beer, but they likely won't hit US shores. What will however is Nuka-Cola Quantum. The folks at Fallout developer Bethesda have teamed up with the purveyors of funky fizzy drinks, Jones Soda, to put the "irradiated" refreshment on Target shelves just in time for Fallout 4's launch. Come November 10th, you'll be able to start slugging down what looks like the company's Berry Lemonade (a picture's embedded after the break) in preparation for what we're affectionately calling "Vault Day" here at Engadget. You know, what everyone else is referring to as November 10th, a.k.a. Fallout 4's release date.

If you picked up a Pip-Boy and a branded nuke, a four-pack would probably look pretty good nested between the two on your mantle. Just make sure you have an ample supply of Tums Rad-Aways to counter any of the nasty side effects you might encounter from chugging a few bottles while the game installs.

In this article: bethesda, bethesdasoftworks, fallout, gaming, hd, hdpostcross, JonesSodaCompany, nukacola, nukacolaquantum, pc, PcGaming, playstation, playstation4, pop, ps4, soda, target, xbox, xboxone
All products recommended by Engadget are selected by our editorial team, independent of our parent company. Some of our stories include affiliate links. If you buy something through one of these links, we may earn an affiliate commission.